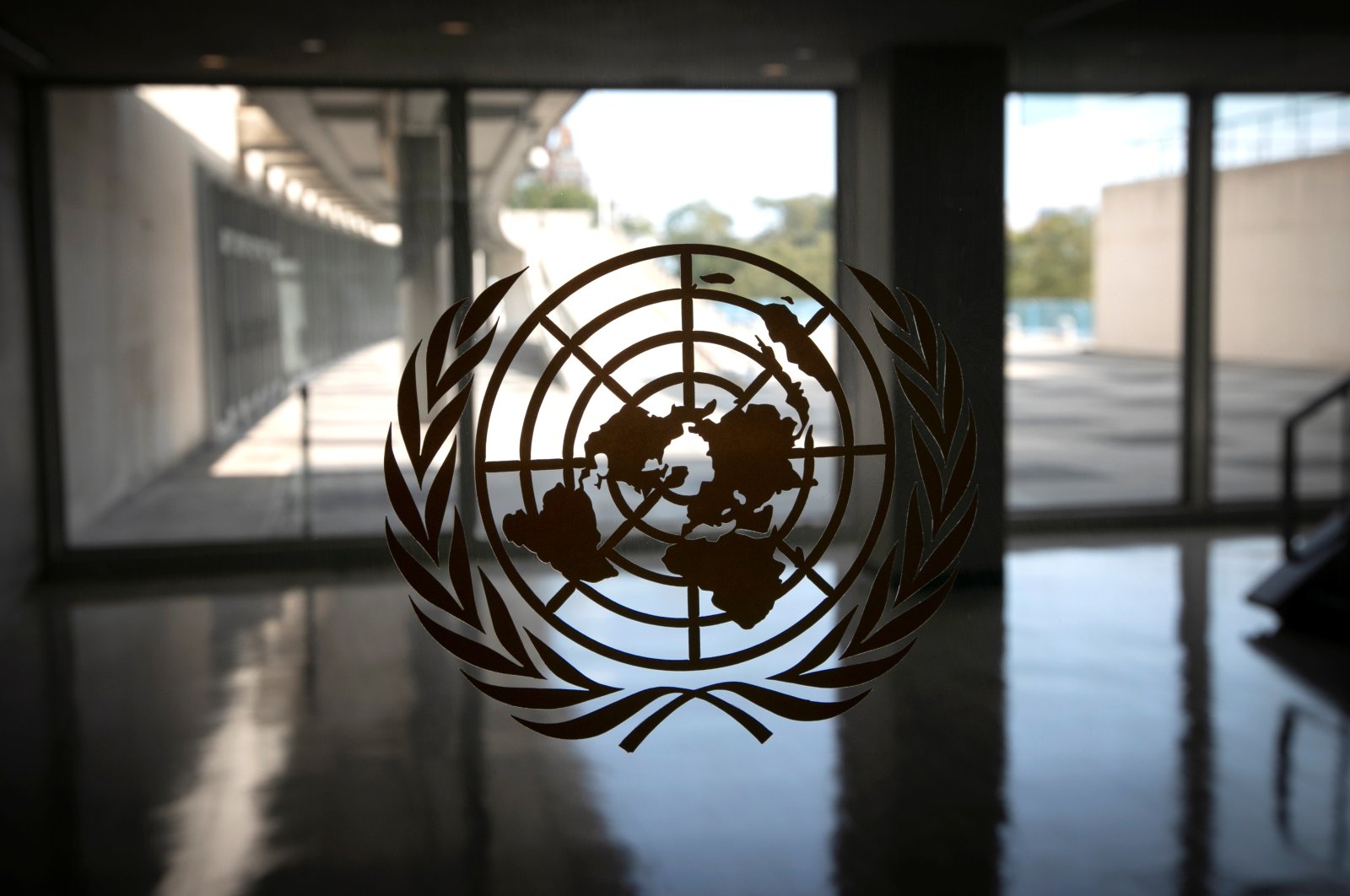 The United Nations logo is seen on a window in an empty hallway at U.N. headquarters during the 75th annual U.N. General Assembly high-level debate, which is being held mostly virtually due to the coronavirus pandemic in New York, U.S., Sept. 21, 2020. (Reuters Photo)
by Compiled from Wire Services Sep 22, 2020 1:11 pm
RECOMMENDED

German Chancellor Angela Merkel Monday joined the growing chorus of calls for reforms within the United Nations as the global body marked 75 years since its foundation.

"Too often the U.N. Security Council (UNSC) is blocked when clear decisions are needed,” Merkel said in a video message.

"We need reforms. The United Nations must continue to develop in order to be in a position to master the global challenges of the 21st century,” the German leader stressed. She pointed out that the interests of individual members often kept the U.N. from achieving its goals.

"But anyone who thinks he can get along better on his own is mistaken. Our well-being is shared. And so is our suffering. We are one world,” Merkel added.

She said Germany would be pleased to be part of an "expanded Security Council” and "stands ready to continue to shoulder responsibility.”

The European country has long criticized the functionality of the council and demands permanent membership along with China, France, Russia, the United Kingdom and the United States. Germany was elected as a nonpermanent member of the UNSC for the 2019-20 term.

Erdoğan stressed Monday that leaving the fates of 7 billion people up to the justice of five countries was neither sustainable nor fair.

"A council structure based on democratic, transparent, accountable, effective and fair representation has become a necessity for humanity beyond choice," he said.

Erdoğan decried how excessive greed, egoism, monopolization of power and the desire to continue colonialism using new methods are the biggest obstacles to justice spreading in the global system.

“Failure to achieve stability in various parts of the world, especially in Syria, Palestine, Yemen and Afghanistan, is a proof of this,” Erdoğan said, adding that the U.N. had the power to neither prevent new conflicts nor end those that had already begun.

Erdoğan emphasized that the 75th anniversary of the U.N. provided opportunities for the entire world to improve its response to pressing issues.

"We, humanity, are confronting many important challenges which affect our health, economy, social peace and future, most notably the coronavirus pandemic. We are faced with a picture where 170 million people around the world are in urgent need of aid and protection," Erdoğan said.

World leaders addressed the high-level event to commemorate the 75th anniversary of the U.N. via prerecorded video speeches in light of the coronavirus pandemic.

The U.N.'s anniversary comes at a time when the world body faces questions over whether it is still fit for its purpose in a more multipolar world and whether it can muster consensus to deal with current conflicts and challenges, including the pandemic.