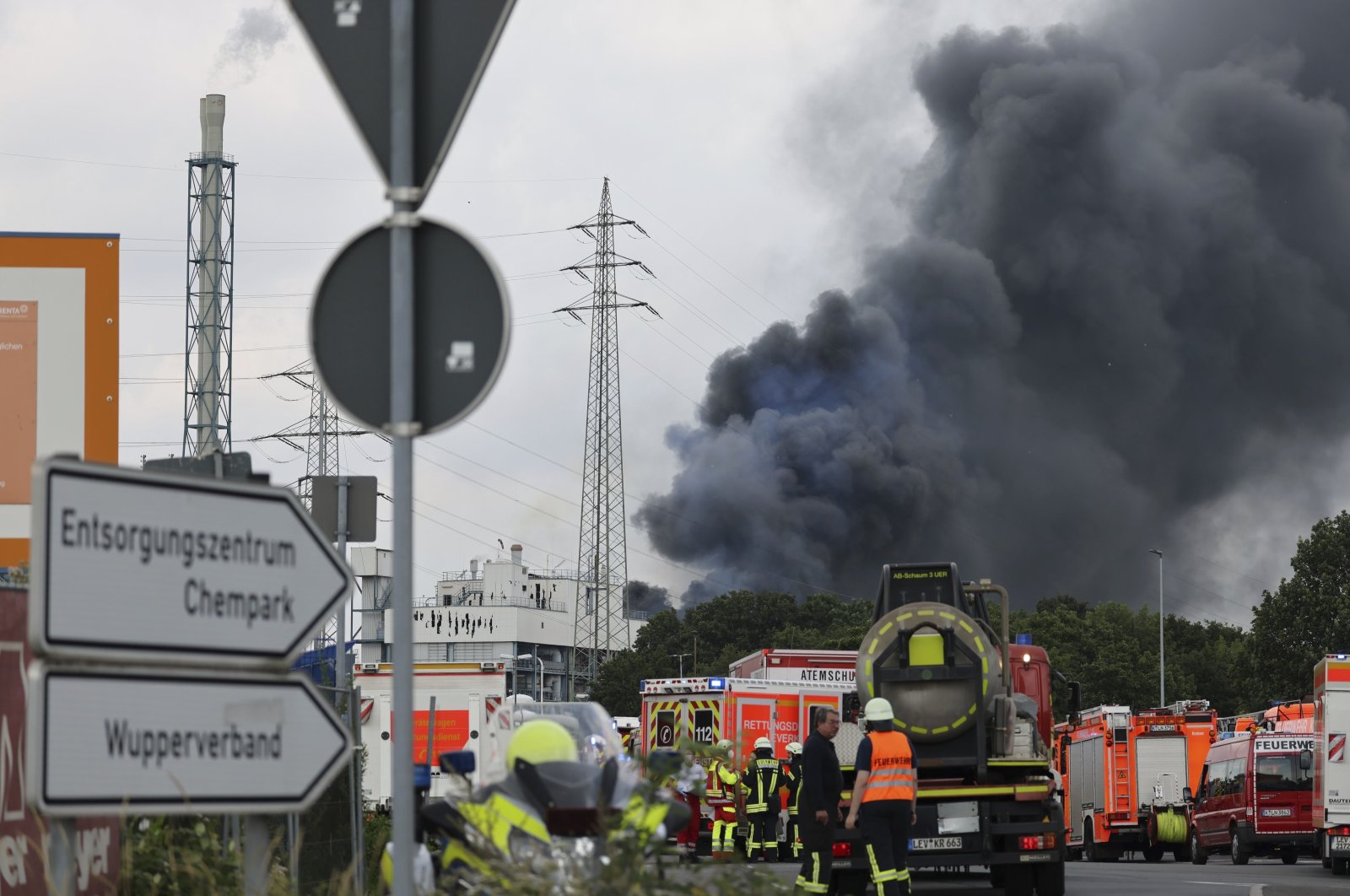 A dark cloud of smoke rises above the Chempark in Leverkusen, Germany, Tuesday, July 27, 2021. After an explosion, fire brigade, rescue forces and police are currently in a large-scale operation, the police explained. (Oliver Berg/dpa via AP)
by German Press Agency - DPA Jul 28, 2021 7:20 pm
RECOMMENDED

German prosecutors said in a statement Wednesday that they are opening a negligent homicide investigation into this week's blast at a Leverkusen industrial park that left at least two dead.

The investigation will also probe allegations that negligence led to the explosion in a chemical factory's incinerator. No suspects were named.

A spokesperson said the goal is to determine whether human failure led to the blast. Police have already opened an investigation.

German environmental authorities said they were working on the assumption that the smoke generated from the chemicals plant blast could contain toxic compounds.

The environment agency in the state of North Rhine Westphalia, in which Leverkusen lies, referred to dioxin, PCB and furane compounds that could have been carried to surrounding areas following the explosion early Tuesday morning.

Meanwhile, Currenta, the company which operates the waste incineration facility that exploded, held out little hope for those still missing.

"We have to assume that we will not find the five missing workers alive," Currenta head Frank Hyldmar said.

At least two others died, and a further 31 were injured. Currenta said the cause of the explosion remained unknown.

It said the tanks that caught fire after the blast at the Leverkusen Chempark contained organic solvents, and the state environment agency said it had information that the tanks held chlorinated compounds.

"The particular difficulties with substances that contain chlorine is that, in the incineration process, chlorine compounds can become dioxin or PCB compounds," a spokesperson said.

The extent to which this had actually occurred is currently being assessed in a dioxin laboratory. "These tests are really laborious, so the results will not be out before the end of the week," he said.

Daniel Dietrich, an expert from the University of Constance, said the concentration issue was key. Dioxin, PCB and furane compounds were linked to birth defects in animals, he told dpa.

They are also seen as carcinogens in humans. "But – and it's a big but – only in high concentrations," Dietrich said.

This would not occur, provided that the area was cleaned and decontaminated.

The substances tended to stick to surfaces, and only became dangerous through human action, such as working in the garden. Simply washing with soap was an effective response, Dietrich said.

"In my view, there is no acute danger to the population, provided that they stick to the recommendations of the environment agency and the other authorities involved," he said.

But investigators say it's challenging to probe the scene as access is currently "only possible with serious restrictions." Drones have been sent in to provide a better overview. It's assumed that police and firefighters will be on the scene for multiple days to get to the bottom of the incident.

The authorities in Leverkusen, which lies on the Rhine to the south of Cologne, are maintaining the recommendations issued on Tuesday.

Residents near the plant were advised not to consume any produce grown in their gardens. Garden furniture and pools should be avoided.

Playgrounds were also shut and advice issued for doors and windows to be kept closed.

Currenta is expected to soon cleanse roads, footpaths and entrances to houses.