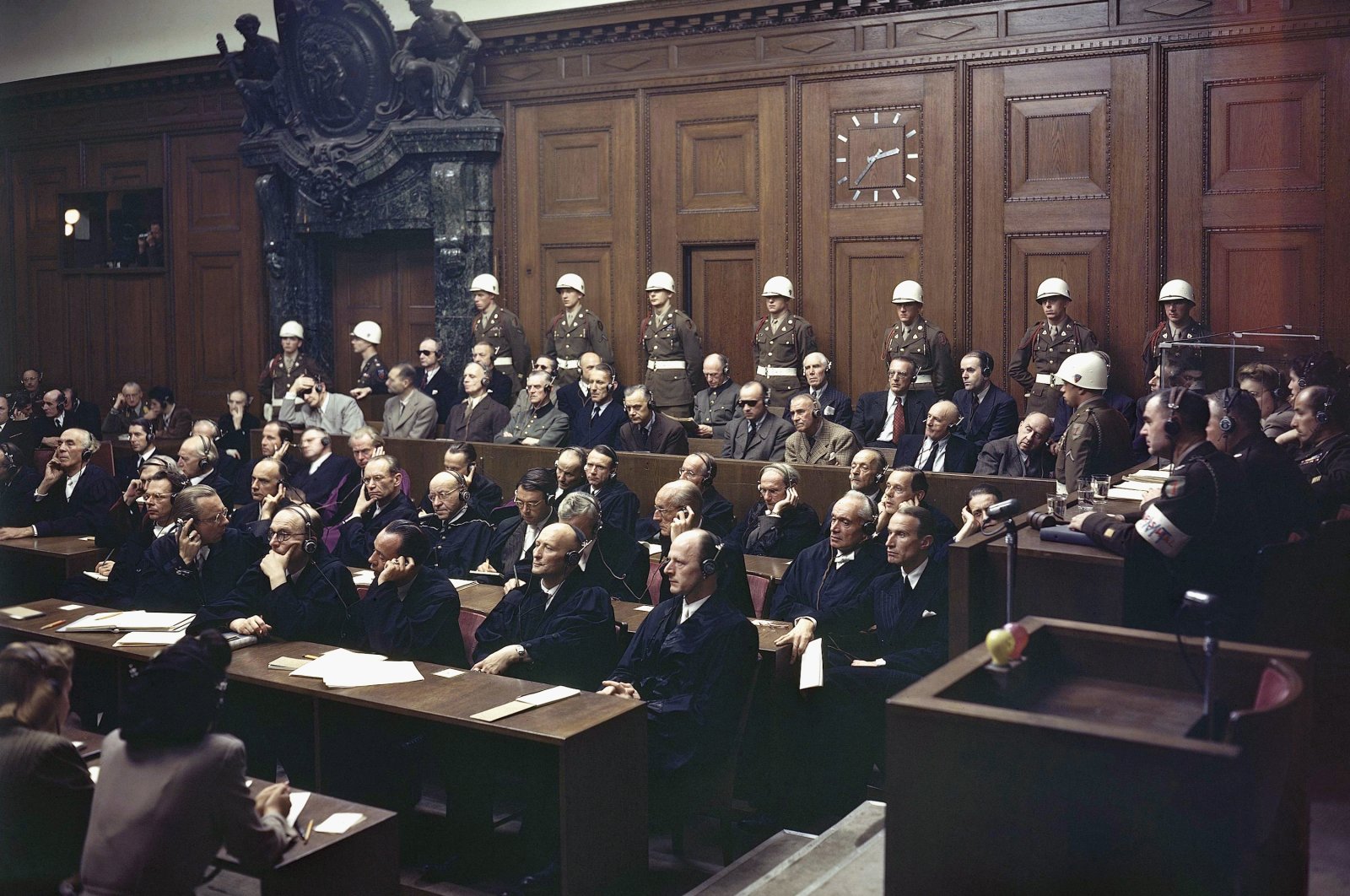 In this file photo, defendants listen to part of the verdict in the Palace of Justice during the Nuremberg War Crimes Trial in Nuremberg, Germany on Sept. 30, 1946. (AP Photo)
by French Press Agency - AFP
Nov 20, 2020 12:19 pm

Germany marked on Friday the 75th anniversary of the start of the Nuremberg trials, the watershed series of military tribunals intended to bring senior Nazi officials to justice.

A small commemorative event, scaled-down because of coronavirus restrictions, will be held in courtroom 600 at the city's Palace of Justice, where the infamous trials opened on Nov. 20, 1945.

Witnesses, politicians and experts will speak in video messages at the event, which kicks off a series of commemorations including a poetry competition, art exhibition and readings later in the year.

There will also be a speech from President Frank-Walter Steinmeier, coming as Germany faces a rise in both far-right extremism and anti-Semitism.

The Nuremberg trials marked the first time in history that leading representatives of a state were made to answer for their crimes before an international court.

In the first trial, 21 high-ranking representatives of the Nazi party appeared in the dock to face questions from the four Allied powers – the United States, Soviet Union, Britain and France.

They included many of the highest-ranking Nazi officials aside from Adolf Hitler, Joseph Goebbels and Heinrich Himmler, all of whom had committed suicide.

It was followed by 12 further trials that took place between November 1946 and April 1949.

Nuremberg, a former imperial German city destroyed in the war, was a symbolic location for the trials because it was there that Hitler staged massive rallies before the war and anti-Jewish laws were passed in 1935.

The Nuremberg trials laid the foundation for a global criminal justice system for those accused of the worst atrocities that humankind is capable of.

Nuremberg's legacy lives on in the Hague-based International Criminal Court (ICC), which since 2002 has stood as the world's only permanent, independent court for violations like genocide, war crimes and crimes against humanity.

Earlier this year, muted commemorations were held in Europe and the U.S. to mark the 75th anniversary of the end of World War II as parades and events were canceled or scaled down as part of efforts to contain the coronavirus.