Germany mulls taking in some 1,500 refugees after Lesbos fire 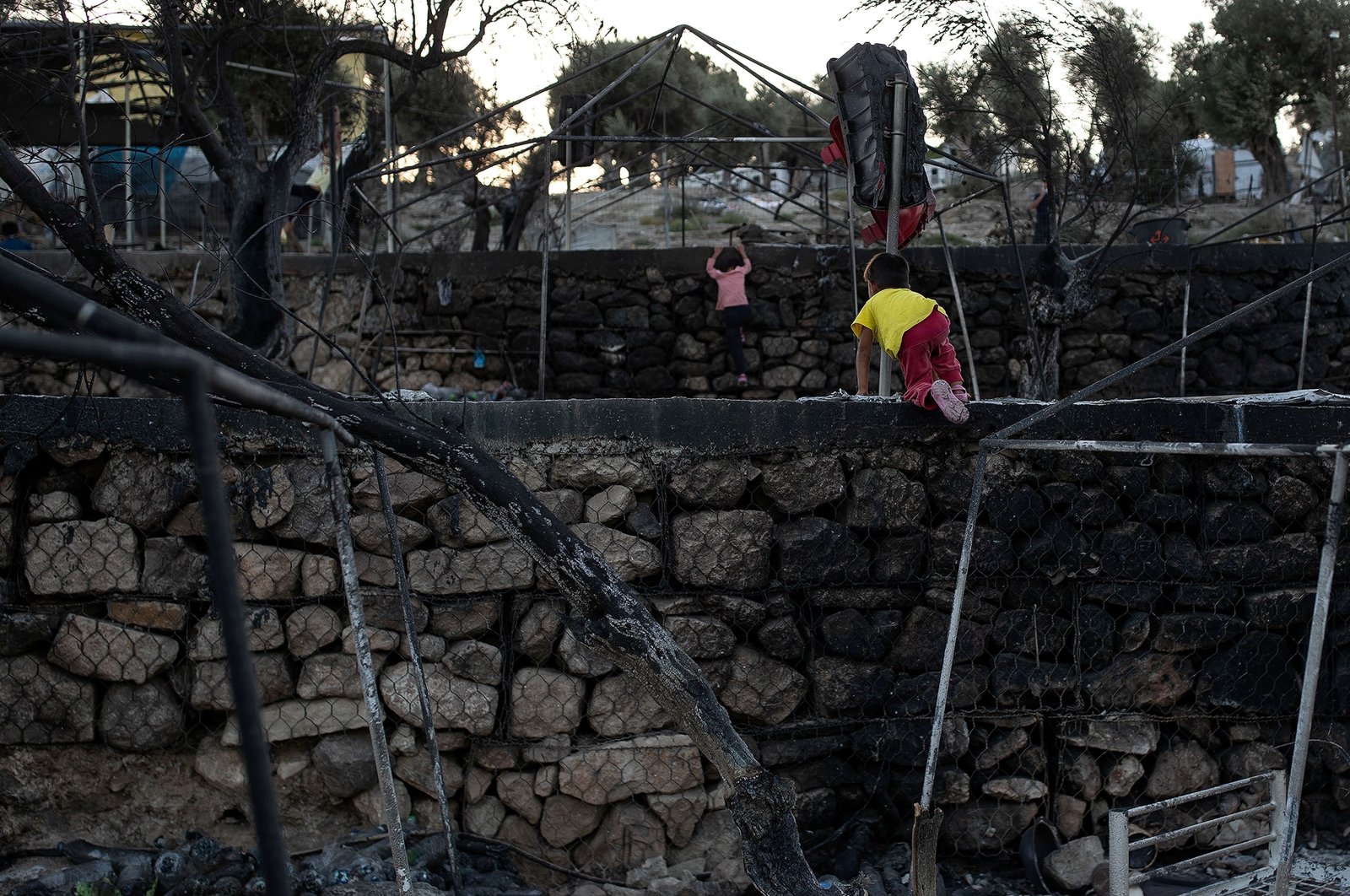 Children climb walls among burnt tents at the destroyed Moria camp for refugees and migrants, on the island of Lesbos, Greece, Sept. 14, 2020. (Reuters Photo)
by Agencies Sep 15, 2020 11:03 am
RECOMMENDED

DPA cited politicians who stated that they would focus on taking in families with children.

The German government said Monday it was in talks to take in families with children left homeless after a huge fire devastated the Moria migrant camp on the Greek island of Lesbos.

Germany has already signed up for a European scheme to host unaccompanied minors from the camp, promising to take in around 150 of the 400 arrivals.

Speaking to reporters in Berlin, Chancellor Angela Merkel's spokesperson Steffen Seibert called the help for the minors "a first step" but said more help is needed to alleviate the suffering of some 12,000 migrants sleeping in rough circumstances since last week's blaze.

"Talks are now ongoing in the federal government about how else Germany can help, what other substantial contribution our country can make," he said.

A "second step" would focus on families with children from the camp, Seibert said, echoing earlier comments by Interior Minister Horst Seehofer.

Seibert declined to put a number on how many families Germany might take in.

German media reported that a deal could be made as early as Wednesday when Merkel holds her regular Cabinet meeting.

Foreign Minister Heiko Maas told a press conference he expected Germany's left-right coalition government to reach an agreement "in the next two days."

Merkel's 2015 decision to keep the borders open to allow in hundreds of thousands of asylum-seekers and the current plans to take in more people from Moria are likely to stir debate.

At the same time, a string of German cities and regions have said they are prepared to house migrants from Moria, piling pressure on the federal government to take further action.

Seibert on Monday called the destruction of the Moria camp, in an apparent arson attack, a "humanitarian emergency, a one-off emergency situation."

The Moria camp was several times over its official capacity, leaving residents living in dire conditions. More than 12,000 people, mostly refugees from Afghanistan, Africa and Syria, were left without shelter, proper sanitation or access to food and water after a fire tore through the overcrowded Moria migrant camp on the Greek island of Lesbos last Wednesday.