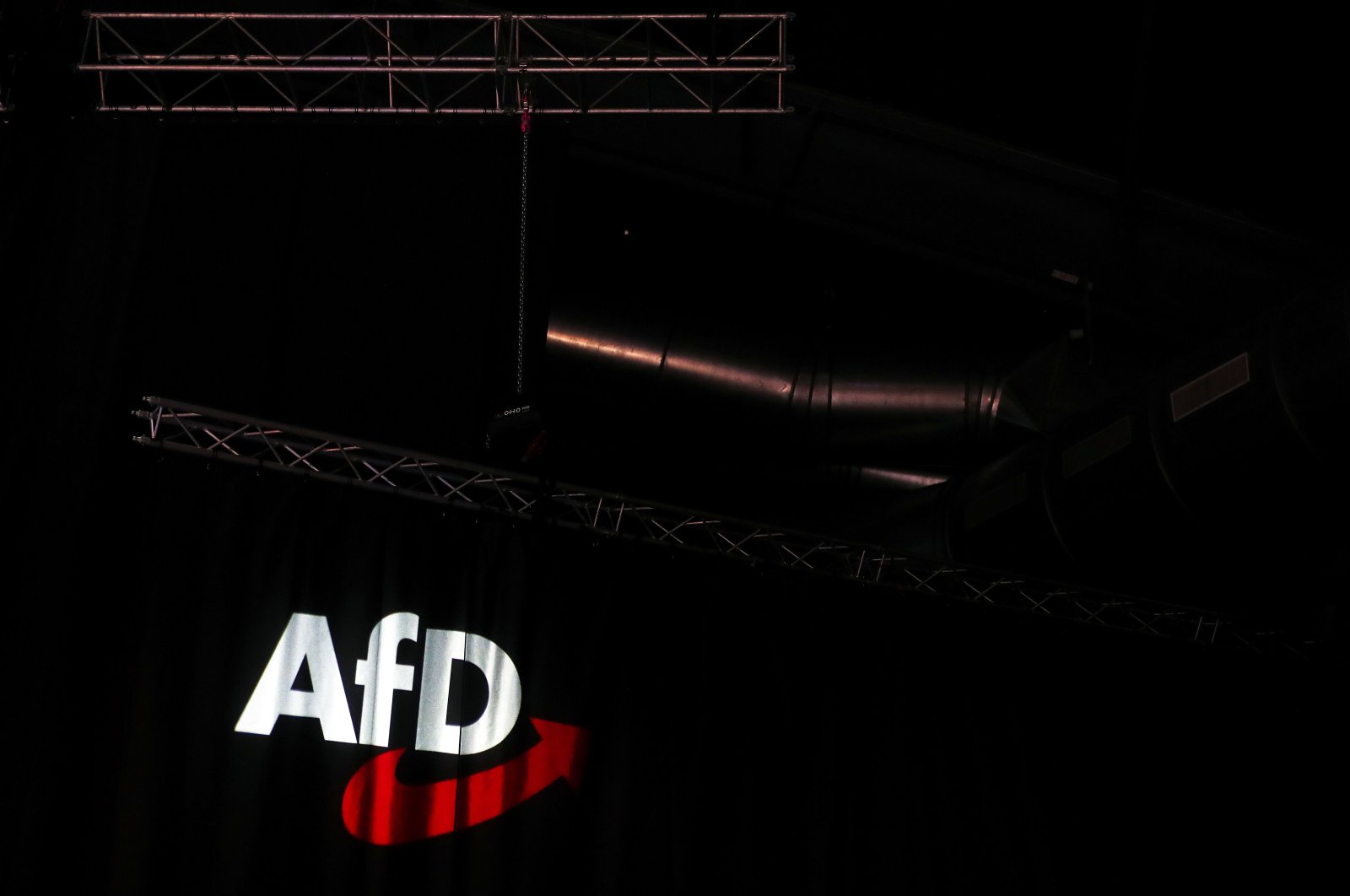 This Nov. 30, 2019, file photo shows the logo of the Alternative for Germany (AfD) far-right party during its congress in Braunschweig, Germany. (AFP Photo)
by German Press Agency - DPA Jun 15, 2020 10:01 am
RECOMMENDED

The decision was made after long deliberation, the ministry said.

The Brandenburg branch of the AfD has provoked a rift within the party by voting to keep Andreas Kalbitz, a member who was expelled by the national party, as its regional chief.

The national party says it excluded Kalbitz based on his former membership of the now-banned right-wing extremist group, Heimattreue Deutsche Jugend (HDJ, or the German Youth Faithful to the Homeland.)

Kalbitz also led the Fluegel (Wing) group, a far-right nationalist faction within the AfD, alongside firebrand Bjoern Hoecke, which was officially dissolved earlier this year following a request by the AfD executive board.

Although the group's online presence no longer exists, the Office for the Protection of the Constitution – Germany's domestic intelligence agency – has no reliable evidence of an actual dissolution.

Monday's decision means that the Brandenburg branch of the AfD has been categorized as a "Verdachtsfall," German for "suspected case," giving the intelligence agency access to certain data and allowing it to deploy agents to monitor party events.

It could then choose to classify it as a case for full surveillance, in which case it could infiltrate the branch with confidential informants.

The AfD's surge in support in general elections in 2017 made it the country's third-strongest party and largest opposition force in the Bundestag, sending shockwaves through the political establishment.