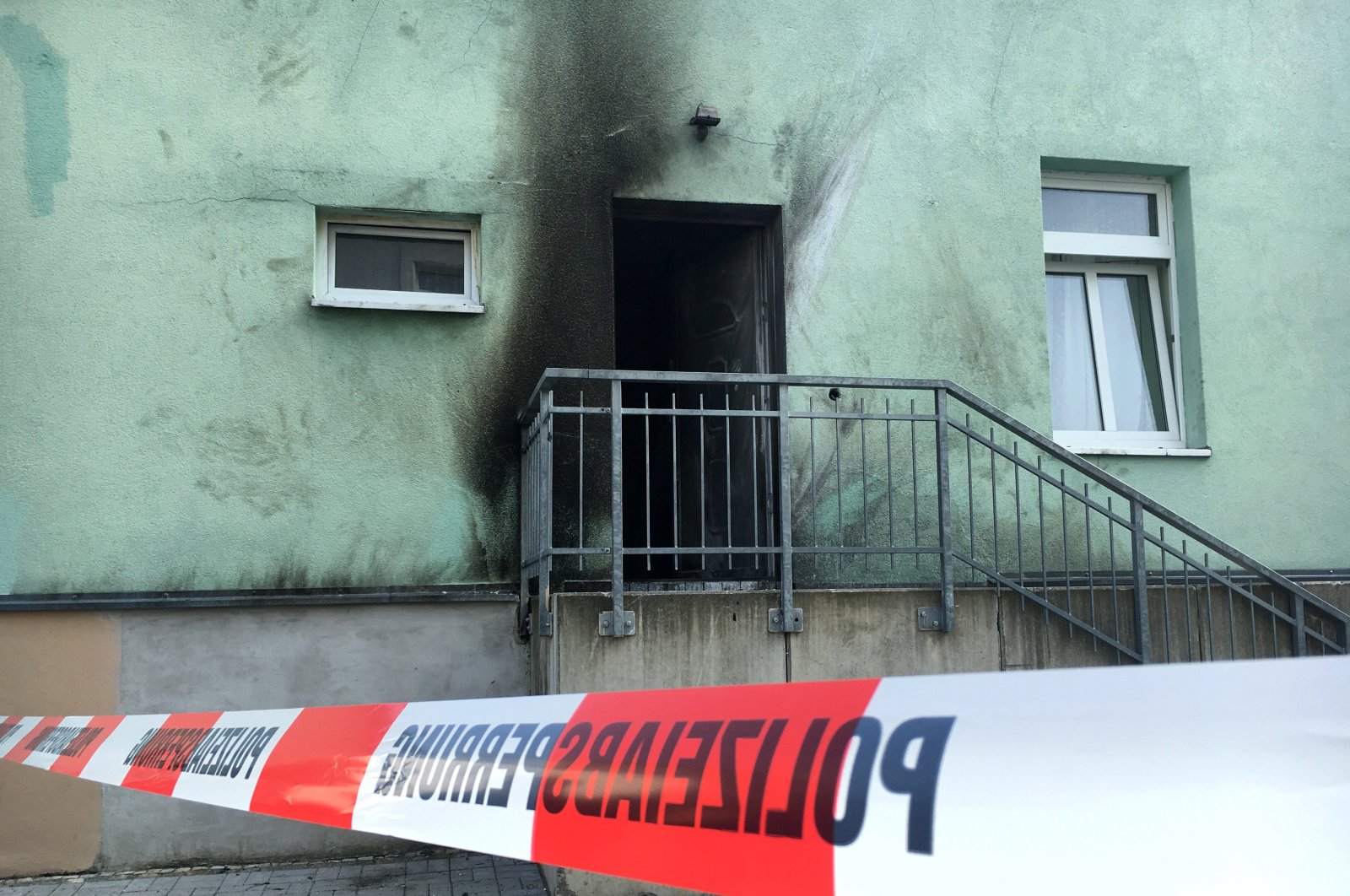 The picture shows a mosque in Dresden, one day after an improvised bomb destroyed the entrance, September 2016. (Sabah File Photo)
by Daily Sabah with DPA Mar 18, 2020 8:31 am
Edited By Ayla Coşkun
RECOMMENDED

Germany must do more to educate people on discrimination and hate crimes, experts from the Council of Europe said Tuesday.

Courses must be available in schools, universities and the country's police force, among other places, Reetta Toivanen, one of the authors of the European Commission against Racism and Intolerance's (ECRI) report, told DPA.

Training police officers is particularly important in order to prevent racial profiling, the Finnish expert said, adding that victims of discrimination or racist violence might otherwise hold back from reporting crimes.

The ECRI called on Germany's police to participate in a study on racial profiling with the aim of eliminating the practice in the country.

They also detected that the public discourse has become more and more "xenophobic" with "high levels of Islamophobia." Two political parties from the right affected the mainstream political discourse for the worse by their constant use of racist and xenophobic rhetoric.

The report noted that the number of right-wing extremists that are ready to use violence has increased.

It also called on the country to set up a "coherent system of organizations that provide victims of discrimination with effective support including legal assistance."

The commission referred to the "great diversity in German classrooms" but said the 16 federal states responsible for education policy should introduce the topics of human rights and equal treatment to school curricula. It also touched upon the lack of adequately prepared staff at school to teach in a diverse environment, pointing out that children with migration backgrounds "lag behind" and are more likely to leave school without a diploma.

Apart from the criticism, the report welcomes the efforts that Germany has made since the last report published in 2013. Saying that Germany warmly welcomed asylum seekers in 2015 and "invested many resources" in their integration of the country.

They also praised Chancellor Angela Merkel and other officials public spoke out against hate speech and launched measures to remove hate speech from social media.

The Strasbourg-based Council of Europe monitors human rights developments across its 47 member states.

The latest ECRI report on Germany looked at the country over a period of five years, ending in June 2019.