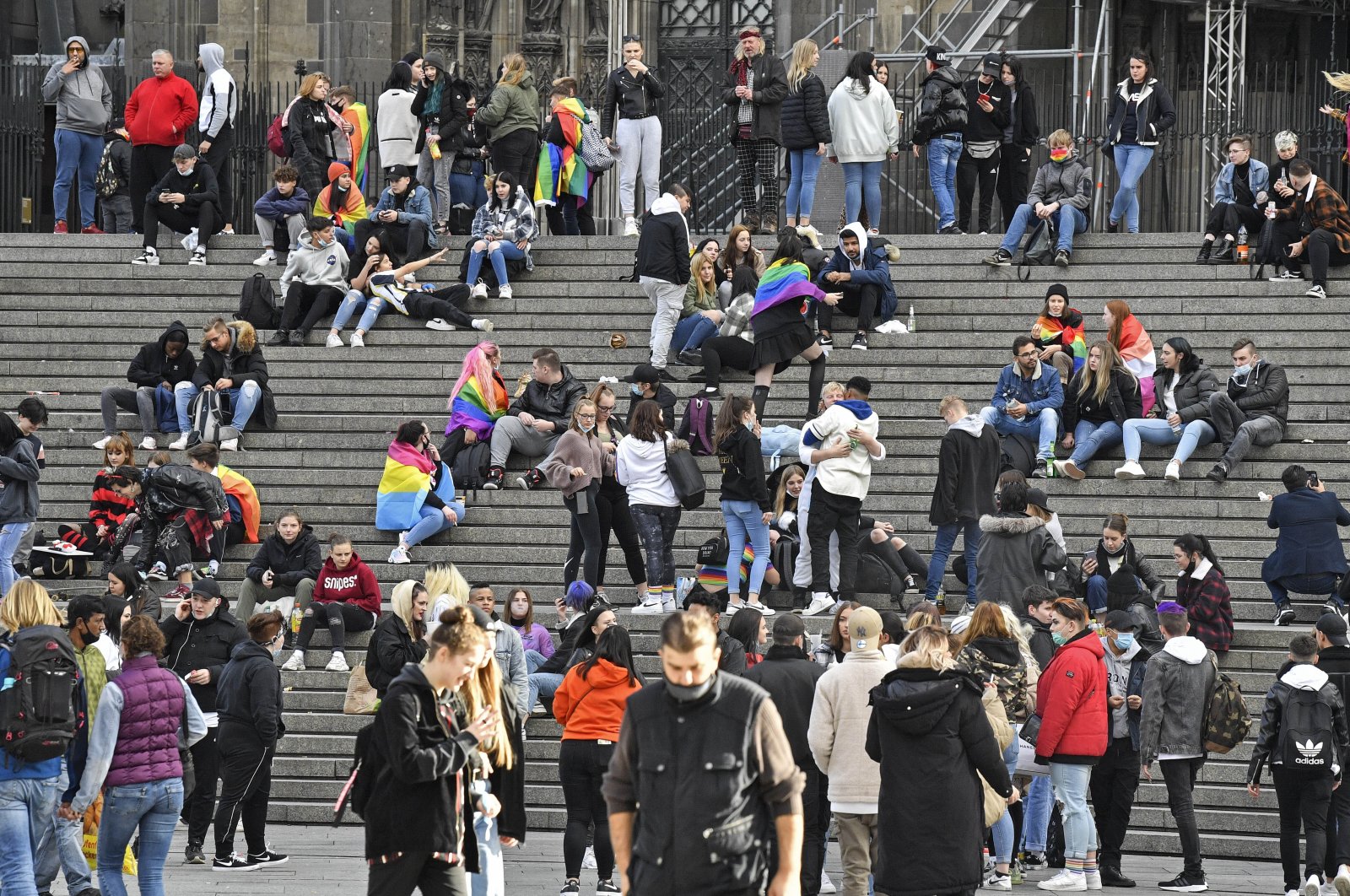 Young people meet without social distancing, despite the coronavirus pandemic, in front of the cathedral in the center of Cologne, Germany, Oct. 11, 2020. (AP Photo)
by German Press Agency - DPA Oct 14, 2020 8:52 am
RECOMMENDED

Germany has recorded more than 5,000 coronavirus cases in a 24-hour period for the first time since April, the country's national disease control agency said.

The numbers released on Wednesday by the Robert Koch Institute (RKI) showed that 5,132 new infections had been recorded, an increase of more than 1,000 compared to 4,122 on Tuesday.

On Saturday, 4,721 newly detected cases were reported, the previous highest tally since April.

A total of 334,585 cases have been registered since the beginning of the pandemic and a total of 9,677 people have died in Germany after catching the coronavirus, up by 43 compared to the previous day.

A week ago health authorities had reported 2,828 new infections to the RKI.

But now, figures are back up to the same level they were at in mid-April but still below the peak reached at the height of the pandemic in late March and early April, when Germany was counting more than 6,000 new cases per day.

However, considerably more tests are being conducted now than earlier in the year – and thus more infections are being detected.

Warning about the current situation, the RKI writes: "There is an urgent appeal for the entire population to commit itself to infection control."

Although the number of coronavirus patients in intensive care units has increased noticeably in recent days, it remains comparatively low. According to data from the DIVI Intensive Care Register on Tuesday, around 620 COVID-19 patients received intensive care treatment, compared to around 450 a week earlier.