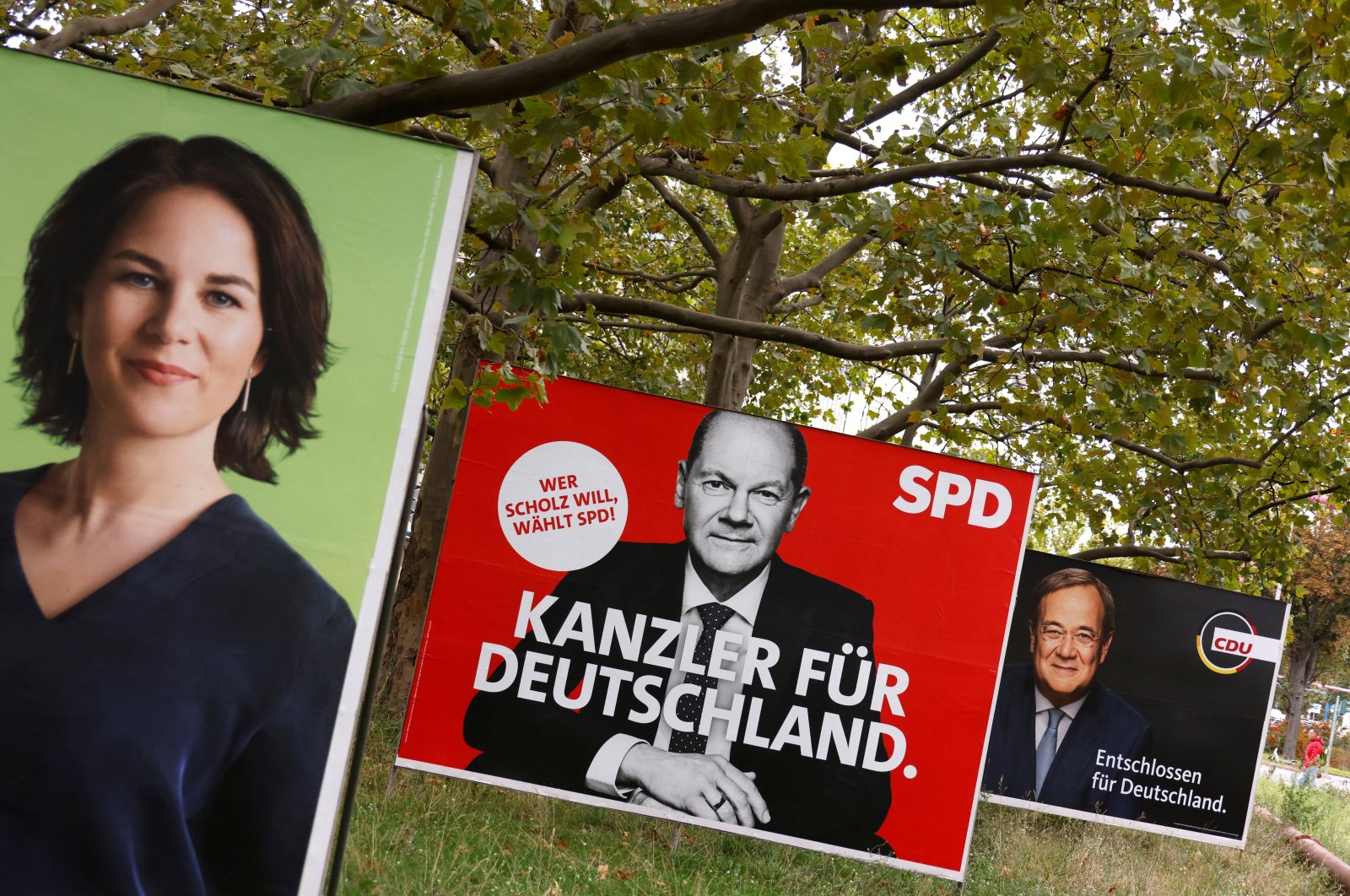 German elections usually end in a puzzle for a viable coalition, a reality that will not change in the near future. Since 2013, a coalition between the center-right bloc and the center-left Social Democrats – dubbed a "black-red" coalition because of the parties' trademark colors – has governed the country.

This time around, polls indicate that while there is an outside chance that black-red could muster a slim majority in the Bundestag, it's more likely that three parties will have to work together to achieve a stable government.

A reminder of the colors: conservative Christian Democrats/Christian Social Union (CDU/CSU) is black; center-left Social Democrats (SPD) red; the Greens are... green; the pro-business Free Democrats (FDP) are yellow/gold; the hard-left Die Linke are also red, or are sometimes represented as purple.

Alternative for Germany, a far-right party, is not included in the possible coalitions despite being a substantial force in the Bundestag, as every other party has refused to work with them.

So depending on the election results, there are several conceivable variants after Sept. 26:

Because of its national colors of black, yellow and green, the Caribbean island serves as the eponym for a coalition of CDU/CSU, the FDP and Greens. It already exists as a regional government coalition in the state of Schleswig-Holstein. After the 2017 federal election, the first attempt to set this up on the national stage failed when the FDP suddenly pulled out of so-called "exploratory" talks. FDP leader Christian Lindner infamously said at the time: "It is better not to govern at all, than to govern falsely."

This would feature the SPD, the FDP and the Greens. It would end the Christian Democratic era after 16 Merkel years. The polls indicate a slim majority for a traffic light coalition. There is a model for this in the state of Rhineland-Palatinate, where the three partners are already governing together for their second legislative period. Lindner, again, set himself up as the spoiler here during a recent debate: "I can't even imagine what offer red-green could make to the Free Democrats," he quipped.

Named after the colors of the German flag, the first such alliance of CDU, SPD and FDP has just taken office in the state of Saxony-Anhalt. This combination is like the current "grand coalition" but with the FDP as an extra buttress for a solid majority, and – according to current polls – the Social Democrats would be the strongest force in such a coalition.

The most left-wing of the possible three-way alliances, with SPD leading a coalition of the Greens and Die Linke. Despite being natural bedfellows on a very broad political scale, there would be considerable differences in foreign and security policy. For example, Die Linke rejects Germany's military missions abroad and – most controversially – wants to dissolve NATO. At the state level, foreign policy issues have little relevance, so these problems do not arise. Hence there are R2G governments in Thuringia and Berlin. For this to work, Die Linke will have to avoid slipping any further in the polls because if they achieve less than 5%, they won't get into the Bundestag at all.