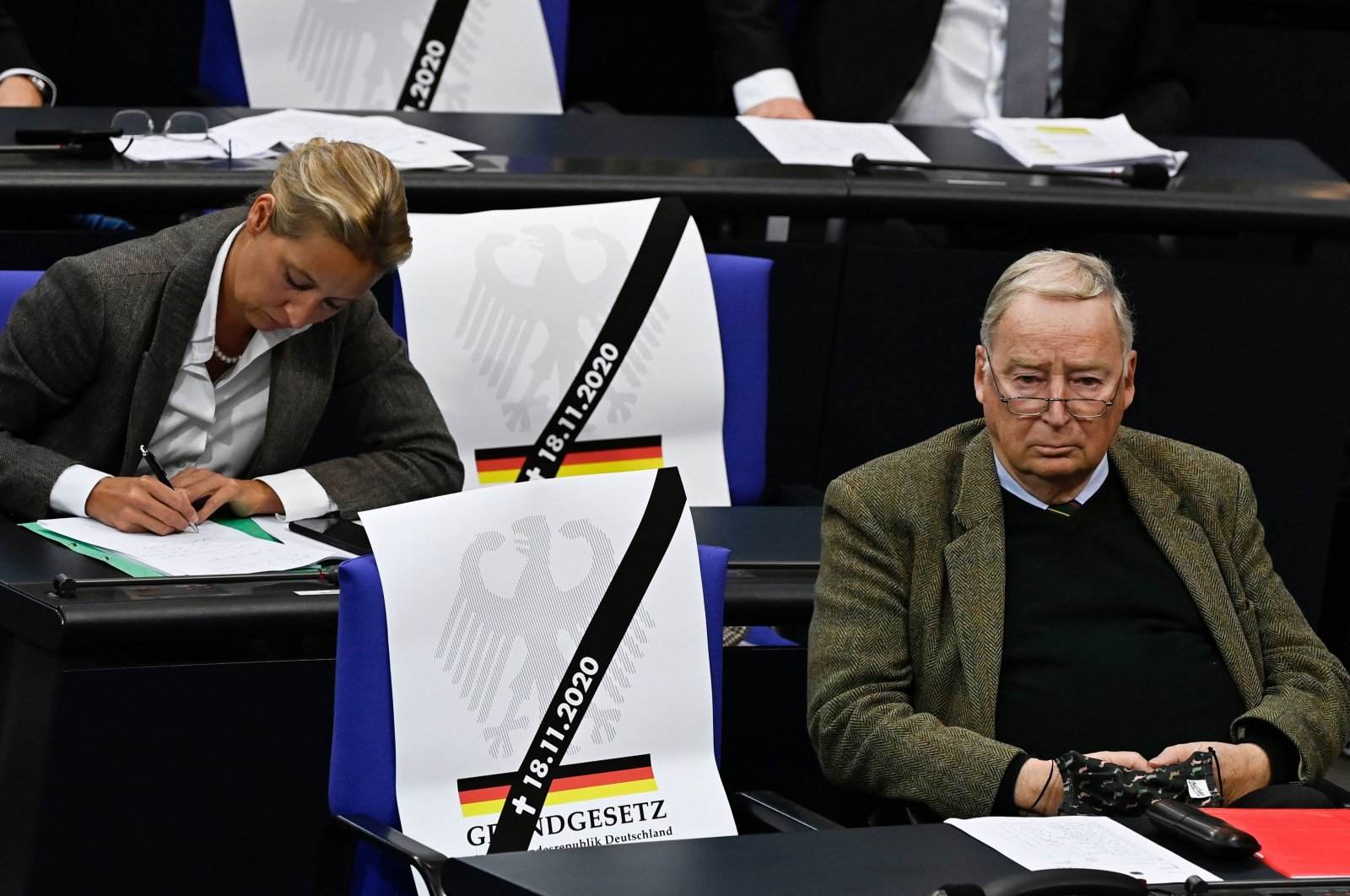 Alexander Gauland of the Alternative for Germany (AfD) far-right party sits next to a sign reading "Constitution" during a session at the Bundestag (lower house of parliament), Berlin, Nov. 18, 2020. (AFP Photo)
by German Press Agency - DPA
Nov 20, 2020 1:19 pm

A leading member of the far-right Alternative for Germany (AfD) apologized in parliament after members of his party allowed critics of coronavirus restrictions into the building to harass lawmakers.

Alexander Gauland, a founding AfD member and leader of its representatives in the Bundestag parliament, admitted that the guests' behavior had been "uncivilized" and unacceptable. "I apologize for this as party whip," Gauland said on Thursday at a special debate called to discuss the incursion.

Four people entered the parliamentary building on Wednesday, ahead of a vote on legislative amendments boosting government powers in the pandemic. They had been invited by AfD members of parliament. Some tried to enter lawmakers' offices. They also harassed and filmed politicians, including Economy Minister Peter Altmaier.

The AfD had opposed the bill, which was passed by both houses and signed into law later in the day, as police struggled to enforce distancing and mask rules at protests against the move in central Berlin.

Once a fringe party, the AfD surged into national parliament in the 2017 election, becoming the country's strongest opposition force. Other parties refuse to work with them. Since the AfD joined the Bundestag, it has focussed on undermining it and dragging other parties "through the mud," said Michael Grosse-Broemer, a leading member of Chancellor Angela Merkel's conservative bloc.