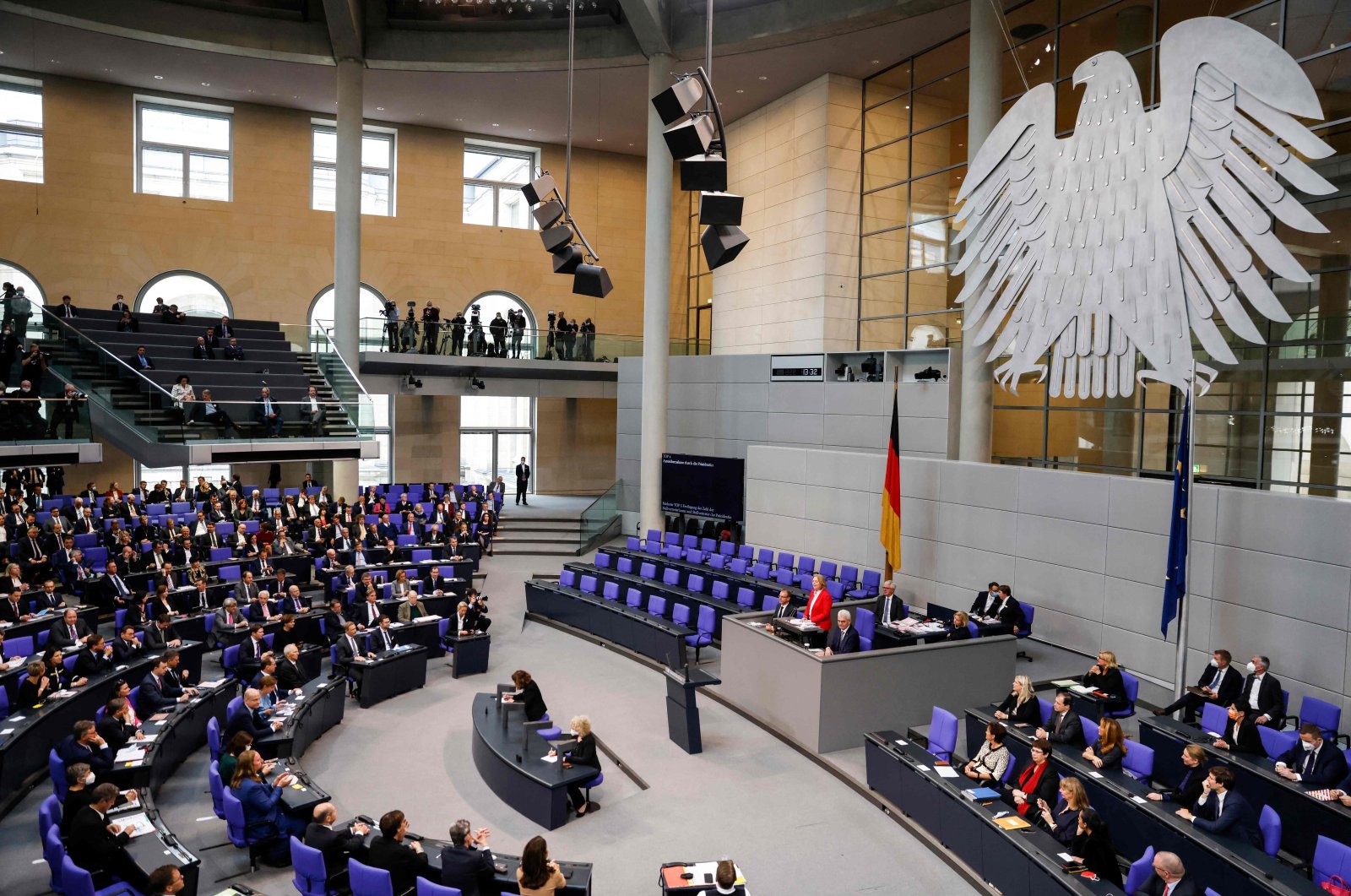 Baerbel Bas speaks after being elected as the new president of the Bundestag, during a constituent session of Germany's new parliament at the Bundestag in Berlin, Germany, Oct. 26, 2021. (AFP Photo)
by ASSOCIATED PRESS Oct 26, 2021 3:15 pm
RECOMMENDED

The 736-member lower house, or Bundestag, elected as its new speaker Baerbel Bas of the center-left Social Democrats (SPD), which emerged as the strongest party from the vote.

German Chancellor Angela Merkel attended the meeting, although she is no longer a lawmaker. She was sitting on the visitor stands of parliament. Later in the afternoon, German President Frank-Walter Steinmeier formally dismissed Merkel and her Cabinet, though they will be asked to stay on in a caretaker capacity until a new government is in place.

"The citizens are looking to us, and their expectations of parliament are rightly high," said Wolfgang Schaeuble, the previous speaker. "We all should continue to do everything we can to meet their expectations.”

Schaeuble, 79, a conservative veteran and former finance and interior minister, is the longest-serving member of parliament. He has been a lawmaker since 1972.

In his opening speech, Schaeuble also called for a quick reform in electoral law to prevent further bloating of the Bundestag. It has a record 736 lawmakers now – up from 709 during the last term.

The parliament's new speaker, Bas, has been a member of the Bundestag since 2009. The 53-year-old was a deputy leader of her party’s parliamentary group in the outgoing parliament and its spokesperson on health, education and research.

German political convention holds that the speaker’s job goes to the biggest party in the Bundestag, with the other parties getting deputy speakers.

The three parties that hope to form Germany’s new government said last week they aim to have the country’s next chancellor in place in early December but acknowledged that they face a complex task.

The Social Democrats, environmentalist Greens and pro-business Free Democrats opened formal coalition talks following a preliminary deal earlier this month, which set out their priorities but left many open questions.

German coalition talks are an elaborate affair, producing an agreement that sets out details of the government’s program for its four-year term. They have tended to get longer over the years as the country’s political landscape has fragmented, meaning that elections rarely produce parliamentary majorities for traditional allies.

If the negotiations succeed, the new government will send Merkel’s center-right Union bloc into opposition after 16 years at the helm. Her successor will be Olaf Scholz, who propelled the Social Democrats to a narrow election victory on Sept. 26. He is the vice-chancellor and finance minister in the current government.