Germany's plane returns from Kabul with only 7 evacuees on board 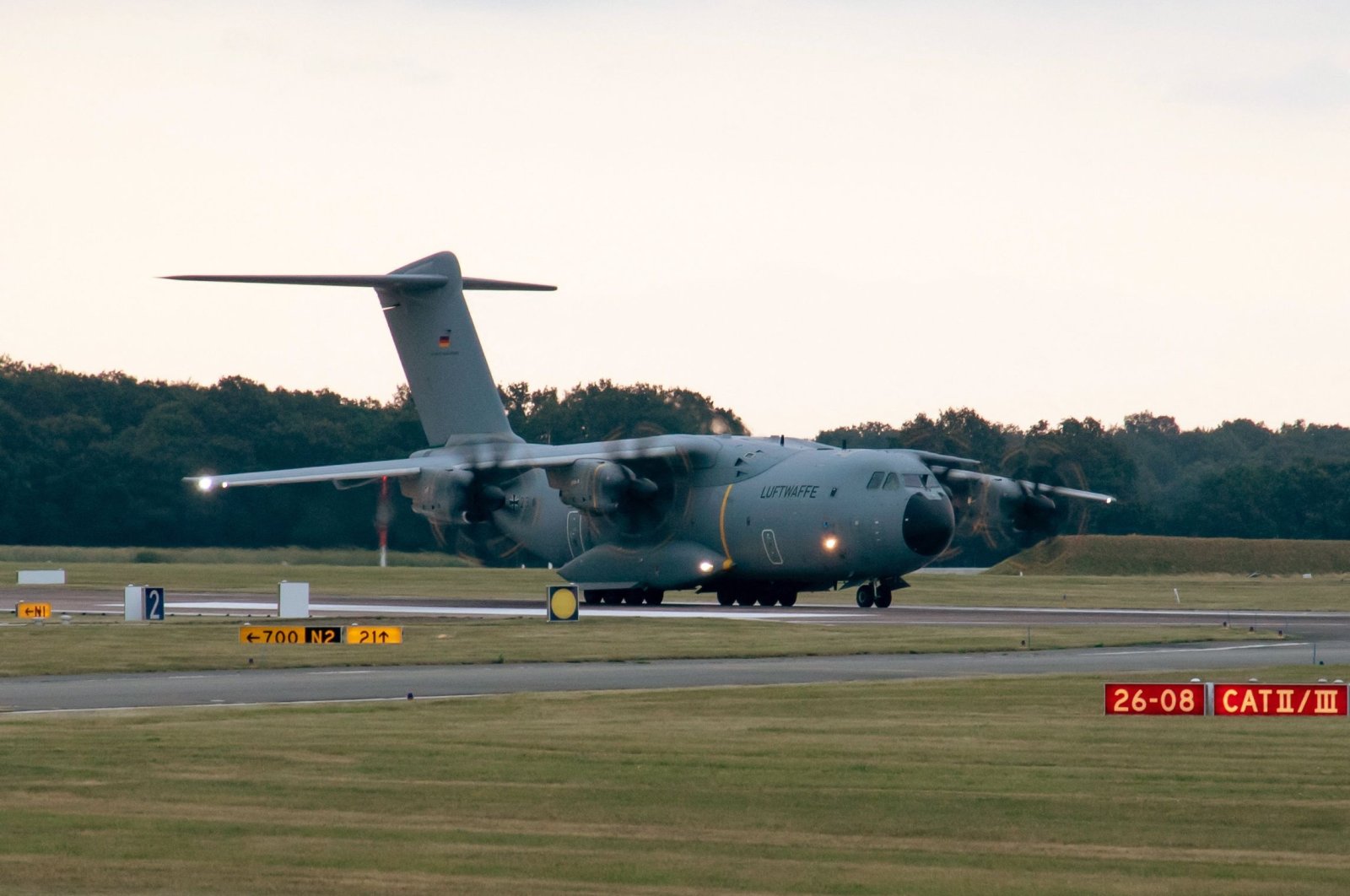 In this handout photo, an Airbus A400 transport aircraft of the German Air Force takes off on a runway at the Wunstorf Air Base near Hanover, northern Germany, Aug. 16, 2021. (Bundeswehr via AFP)
by REUTERS Aug 17, 2021 10:10 am
RECOMMENDED

The first of several German military planes to arrive in Kabul was able to evacuate only seven people, a foreign policy spokesperson in Chancellor Angela Merkel's party said, due to chaos at the Afghan capital's Kabul Hamid Karzai International Airport.

The main mission of the A400M military transport plane, in what Defense Minister Annegret Kramp-Karrenbauer described as a "breakneck landing," was to bring in German soldiers to organize and secure the evacuation.

"We have a very chaotic, dangerous and complex situation at the airport," she told broadcaster ARD. "We had very little time, so we only took on board people who were on site. Due to the chaotic situation not many were able to be at the airport."

Germany is now waiting for the United States to grant it permission to fly a second aircraft in.

Kramp-Karrenbauer said she hoped that the airport could be kept open for several days so that as many people as possible could be evacuated via an air bridge. The German military is using Tashkent as a hub to which it plans to bring evacuated people.

"Now it is important that we can set up everything on the ground so that we can get people out," Kramp-Karrenbauer said. "Those are not only German citizens, they are also local staff, at-risk people. We will also support other countries," she added.

Germany said on Monday it would airlift thousands of German-Afghan dual nationals as well as human rights activists, lawyers and other people who worked with NATO forces in the country.