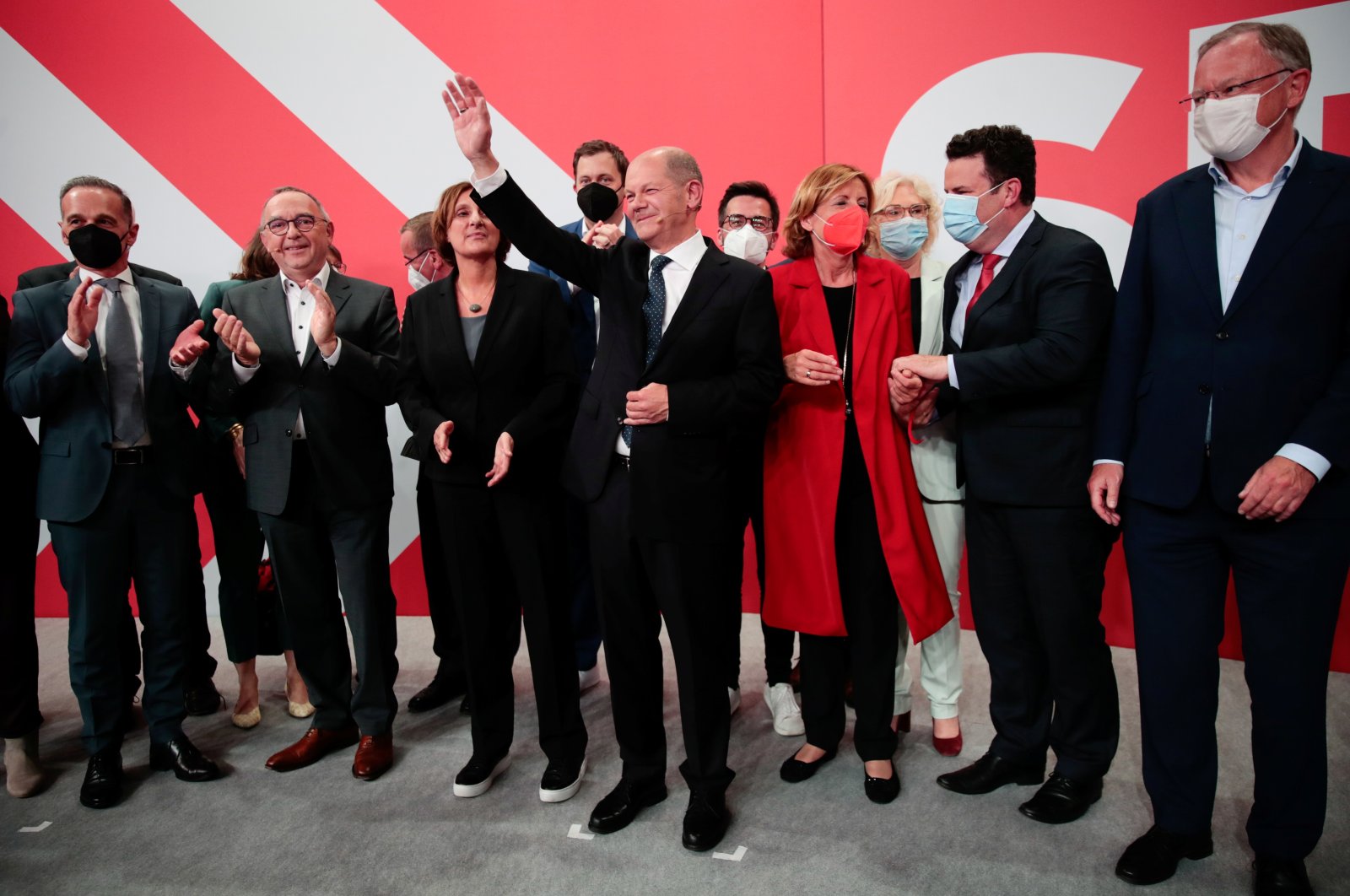 Germany's Social Democratic Party (SPD) secretary-general Lars Klingbeil claimed that his party has the mandate to form a government following Sunday's elections, as Christian Democratic Union's (CDU) candidate said his party was not satisfied with the election results.

“We knew it was going to be a tight election,” Klingbeil told public broadcaster ZDF. “But the SPD quite clearly has the mandate to form a government – we want Olaf Scholz to become chancellor.”

Germany's conservative CDU chancellor candidate Armin Laschet said his party could not be satisfied with the results of the election but that he would do everything possible to build a conservative-led government.

"We cannot be satisfied with the results of the election," Laschet told his supporters after first projected results put his conservative bloc a whisker behind the Social Democrats. One exit poll had put them neck-and-neck.

"We will do everything possible to build a conservative-led government because Germans now need a future coalition that modernizes our country," he said. "It will probably be the first time that we will have a government with three partners."

Meanwhile, Germany's hard-left Die Linke is projected to win 5% of the vote in the country's election, but it is unclear whether the final vote count will grant it another mandate to enter parliament. According to exit polls from public broadcasters ARD and ZDF, the leftists are projected to send between 39 and 41 lawmakers to the Bundestag.

Projections for ARD public television, based on exit polls and early counting, put voters' support at 24.9% for the Social Democrats – which is putting forth outgoing Vice-Chancellor Olaf Scholz for chancellor – and 24.7% for incumbent Angela Merkel’s Union bloc under would-be successor state governor Armin Laschet.

Separate projections for ZDF public television put the Social Democrats ahead by 25.6% to 24.4%. Both put the environmentalist Greens in third place with about 15% support.

Those results would be the worst for the Union bloc in post-World War II Germany.

The electoral system typically produces coalition governments but post-war Germany has never previously seen a winning party take less than the 31% of the vote that the Union won in 1949. That was also the center-right bloc's worst result until now.

Given the exit poll predictions, putting together the next coalition government for Europe’s biggest economy could be a lengthy and complicated process. Merkel will remain as a caretaker leader until a new government is in place. In German elections, the party that finishes first is best-placed, but not guaranteed, to provide the next chancellor.