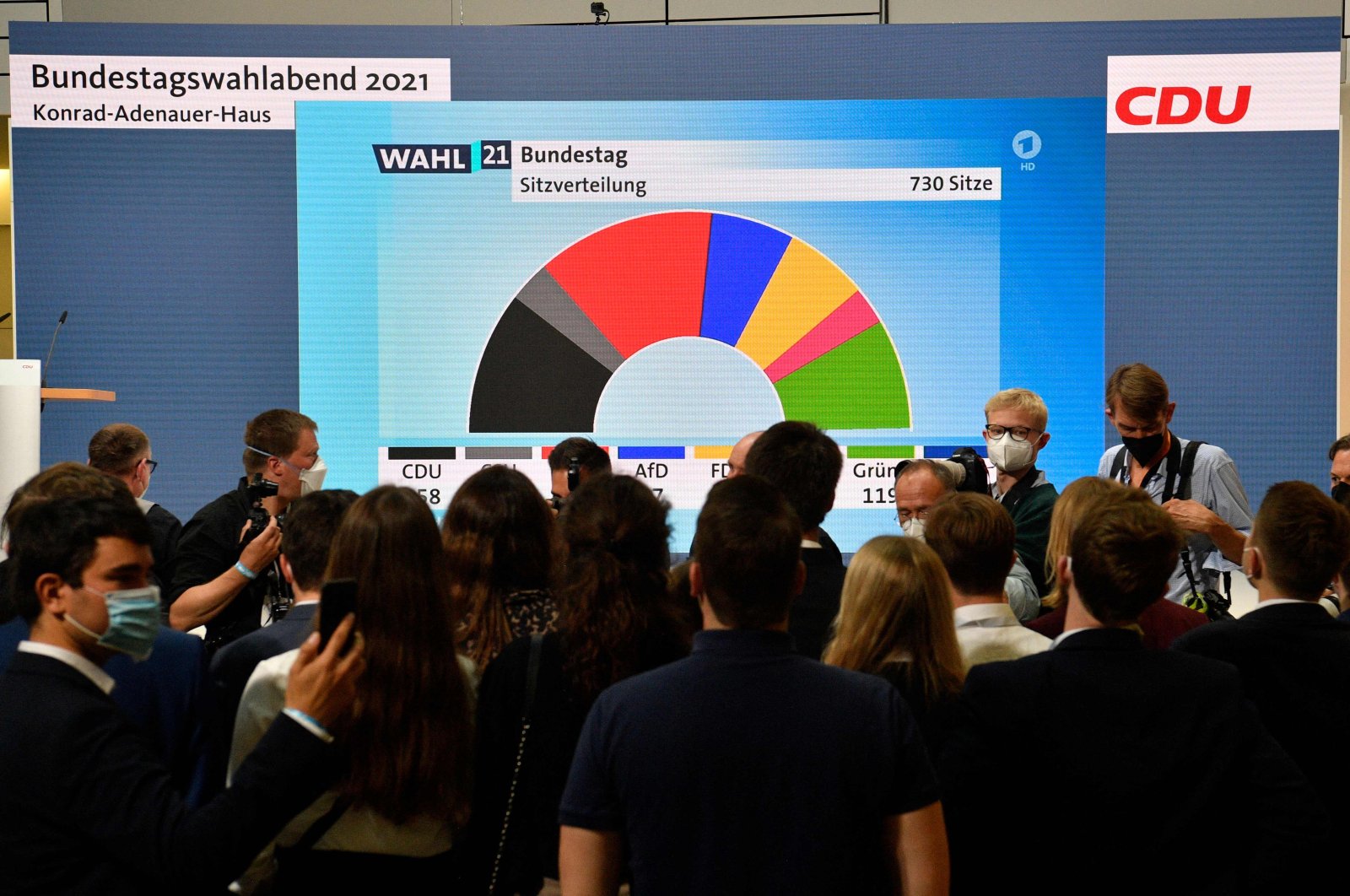 Germany's vote on Sunday for a new chancellor to replace incumbent Angela Merkel proved a tight race, with the leader's conservatives and the Social Democrats neck and neck, exit polls showed.

Surveys published on public television after polling stations closed at 6 p.m. (4 p.m. GMT) found Merkel's Christian Democratic Union (CDU) and their candidate Armin Laschet with around 24%-25% of the vote, nearly tied with the Social Democrats on 25%-26%.

Given the high proportion of voters who mailed in their ballot, the final results could still turn up surprises in the course of the night.

Sunday's epochal election ushers at the end of 16 years in power for Merkel, and also thrusts Germany, a byword for stability, into a new period of political uncertainty.

If there is little to set the two leading parties apart, both the CDU-CSU and the Social Democratic Party (SPD) could separately seek to form governing coalitions in a scramble for power – a lengthy process that could blunt Germany on the international stage for some time.

Two men are jostling for Merkel's job – Finance Minister and Vice Chancellor Olaf Scholz, 63, of the SPD, and Laschet, 60, of the CDU-CSU.

Voting earlier in their respective constituencies, Laschet stressed that "every vote counts" in an election that would determine "the direction of Germany in the next years," while Scholz said he hoped summery weather was "a good sign" for his party.

The SPD, Germany's oldest party, was polling so badly just a few months back that many had written off the possibility that it may even be in the next government. But Scholz, a colorless but competent former mayor of Hamburg, now stands a chance of becoming the first SPD chancellor since Gerhard Schroeder, who lost to Merkel in a close contest in 2005.

Rather, it would be the conservatives who are headed for their worst score post-war even though their candidate Laschet had gone into the race in the summer as the clear favorite to grab the top job in Europe's biggest economy.

But his popularity began to wane after a series of blunders over the summer, including being caught on camera laughing in the background during a tribute to the victims of devastating floods in Germany.

In the meantime, Scholz, who at the start of the year had looked down and out in the race, saw his ratings begin to rise as he avoided making such embarrassing mistakes.

With polls predicting a devastating defeat for Laschet, the conservatives trotted out their biggest asset – Merkel.

Although she had originally planned to keep a low profile in the campaign, she found herself dragged into Laschet's frantic tour across the country to canvas for last votes – something that has helped the CDU-CSU to stem a drop in popularity in the last days of the campaign.

Meanwhile, although climate change had been one of the top concerns among voters in the run-up to the vote, it has not translated into a sweep for the ecologist Greens.

The Green party enjoyed a surge in support earlier this year after naming 40-year-old Annalena Baerbock as its chancellor candidate, at one point even briefly taking the lead as the most popular party.

But after a series of missteps by Baerbock, including a plagiarism scandal, the Greens were polling well behind the two leading parties on around 17%. While the chancellery may be out of reach for the party, it will likely have a role in Germany's next government.

All bets are off on the composition of the next coalition, as the SPD and the conservatives could each try to cobble together a ruling majority if there is little to divide their score.

On the eve of the polls, Scholz voiced his preference for a partnership with the Greens, calling on voters to give him the score needed to go with a two-way coalition.

Laschet has signaled he could still try to form a coalition even if the CDU-CSU do not come first, most likely calling on the Greens and the liberal Free Democratic Party (FDP) for support. But coming in second would still be a devastating blow for the party, which has dominated German politics since World War II and has never won less than 30% of the vote in federal elections.