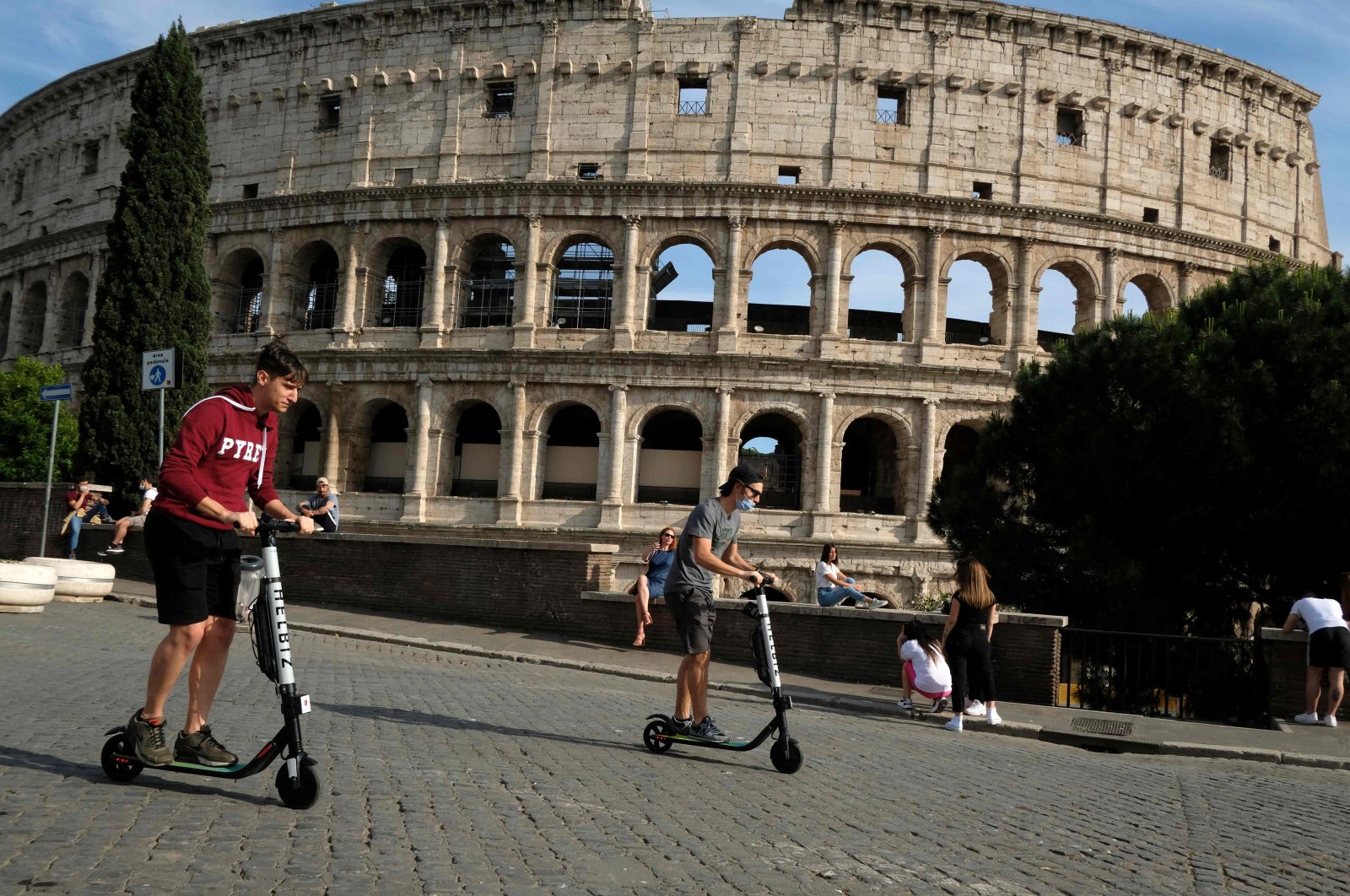 As much of the world grapples to find the path forward, with the deadly virus still spreading in some places and a vaccine at best a distant reality, global cases are approaching 6 million with at least 359,000 dead since the virus emerged in China late last year.

While many parts of the world are slowly emerging from isolation, France and Britain on Thursday moved to further lift crippling coronavirus lockdown measures, but fresh restrictions in parts of Asia signaled the crisis is far from over.

France is set to reopen its bars, restaurants and museums next week when Britain will send some children back to school and shops throw open their doors. On the sporting front, the English Premier League and Italy's Serie A unveiled plans to resume play in mid-June.

Amid all the reopenings, there were renewed signs of caution as well. In Asia, restrictions were reimposed in South Korea and Sri Lanka after a spate of new infections sparked fears of a second wave of contagion.

South Korea, held up as a global model in how to curb the virus, reimposed some social distancing rules after a series of new clusters emerged, many in the capital Seoul. Museums, parks and art galleries are all closed again from Friday for two weeks, while companies were urged to reintroduce flexible working, among other measures.

In Sri Lanka, some lockdown rules will be rolled out again from Sunday after more than 250 returnees from Kuwait were found to be infected with the coronavirus.

India is now the country worst-hit by the coronavirus in Asia. It has been under a nationwide lockdown since March 24. But, despite spreading slowly initially, cases have been on the rise since mid-April. The fourth phase of the lockdown will end on May 31.

The number of cases spiked in May due to the movements of domestic migrant workers from urban areas to their homes in villages via special trains and other shared transport, as well as due to the easing of preventative restrictions imposed during the lockdown.

India on Friday reported 7,467 new cases and 175 deaths of COVID-19 over 24 hours, the highest single-day surge so far, according to the Union health ministry.

With 165,829 cases and 4,713 deaths, India has surpassed China's official death count caused by the novel coronavirus. According to figures compiled by the U.S.-based Johns Hopkins University, the country has reported nearly double the number of cases in China, which are currently at 84,106, and has surpassed its 4,638 coronavirus-related deaths as well.

The picture remained grim in Latin America, now fully in the throes of the pandemic, with deaths in Brazil topping 26,000, and Chile recording a new record daily death toll Thursday. In the Chilean capital Santiago, residents have taken to the streets to demand state aid as their livelihoods vanish. "We don't even get a little help from the government here. They believe that we can live without money. But how can we buy food?" asked welder Oscar Gonzalez.

In the U.S., the country processed a grim milestone, more than 100,000 Americans have succumbed to COVID-19, the disease caused by the virus. "To all of the families & friends of those who have passed, I want to extend my heartfelt sympathy & love for everything that these great people stood for & represent. God be with you!" President Donald Trump tweeted Thursday.

More and more U.S. states are moving to open up their economies, but health experts have warned not to move too quickly. The U.S. capital Washington slowly moved into its phase one of reopening on Friday. The new unemployment data, another 2.12 million workers filed claims for benefits, along with U.S.-China tensions, including over the virus, sent Wall Street tumbling at the close.

Russia reported a record increase of 232 coronavirus deaths on Friday as Moscow authorities released mortality figures to dispel allegations they were being manipulated. Health officials reported a total of 4,374 deaths and 387,623 cases, the third-highest number of infections in the world after the U.S. and Brazil.

New infections were below 9,000 for the sixth day in a row at 8,572 cases, while a total of 159,257 people have recovered, according to an official tally. Authorities have predicted a higher death toll in May compared to last month, attributing this to deaths among patients who were hospitalized during the peak of the epidemic several weeks ago. Moscow, the worst-hit city in Russia, reported 2,332 new cases.