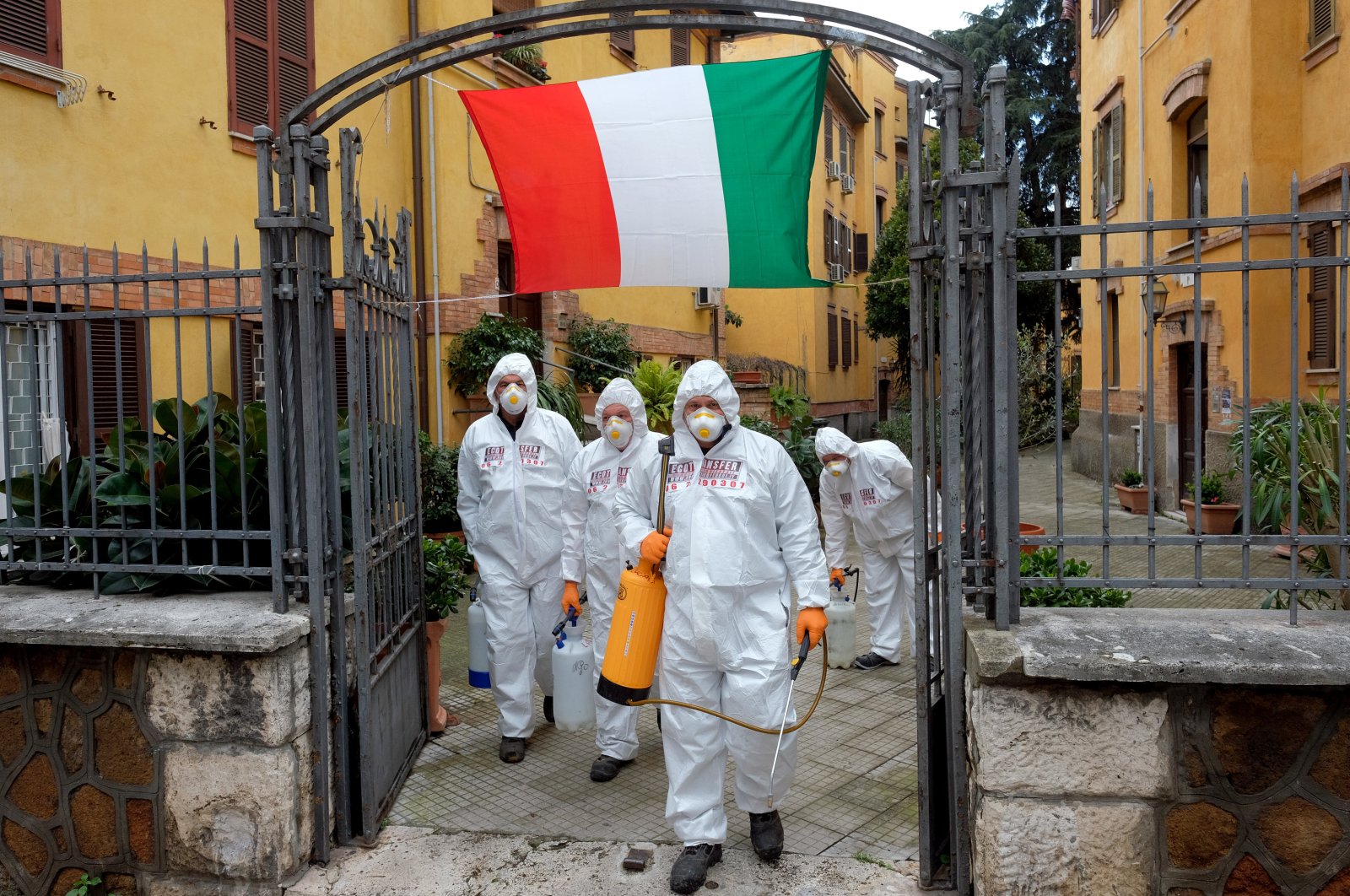 The U.S. and Europe have suffered the brunt of the global coronavirus crisis, fighting still-surging infections and deaths as many believe the worst still lies ahead

The global coronavirus death toll surged past 30,000 over the weekend with Europe alone accounting for more than 20,000 fatalities and the U.S. holding the highest number of confirmed COVID-19 cases in the world, at 122,666 as of Sunday.

The pandemic has seen more than a third of humanity placed under unprecedented lockdown as panic and confusion have grown across the Western countries in trying to contain the deadly pandemic. More than 30,800 deaths had been reported worldwide by Sunday, according to a Johns Hopkins University tally.

However, it is believed that virus toll numbers across the world are being seriously under-represented due to limited testing and political decisions about which bodies to count. Unlike the U.S., France and Italy do not count deaths that take place in nursing homes or homes among their virus numbers – even though nursing homes are known to be key coronavirus incubators around the world.

The virus continued to have a devastating impact on nearly every aspect of society, wiping out millions of jobs and overwhelming health care services. From Europe to the U.S., health workers are making tough choices about which patients to save with the limited breathing machines they have.

As the U.S. took the grim title of the nation with the most coronavirus infections, the death toll in the country topped 2,100, more than doubling in just three days. Of the 2,147 deaths, more than a quarter, 672, were in New York City.

Millions of Americans will be infected by the virus and 100,000 to 200,000 will die, the U.S. government's top infectious-disease expert warned Sunday.

One of the deaths announced Saturday was that of an infant in Chicago who was under the age of 1, marking an extremely rare case of juvenile death in the global pandemic. Fear grows that New York may follow the deadly path charted by Italy, with health professionals exhausted and hospitals desperately short of protective equipment and ventilators.

U.S. President Donald Trump decided late Saturday against imposing a broad lockdown on New York and its neighbors after a strong pushback from local political leaders and warnings of the panic it could spark. "A quarantine will not be necessary," Trump tweeted, about eight hours after he stunned the New York metropolitan region, the epicenter of the U.S. coronavirus outbreak, with a proposal to place it under quarantine to prevent residents from leaving. Instead, he was asking federal authorities to issue a "strong Travel Advisory" against the movement to and from the area.

Meanwhile, in Europe, Spain and Italy alone account for more than half of the world's death toll and are still seeing over 800 deaths a day each.

Spain confirmed another 838 deaths in 24 hours from coronavirus Sunday, a new daily record bringing the total number of deaths to 6,528, according to health ministry figures. The number of confirmed cases in Spain has now reached 78,797, after the one-day increase of 9.1%, as the country battles the world's second most deadly outbreak after Italy. Except for a brief lull recorded on Thursday, Spain's death toll has been rising daily.

However, officials have pointed to a slower growth rate for both deaths and confirmed cases and expressed hope that the peak of the outbreak was approaching. Spain also reported Sunday that 14,709 people had been cured of COVID-19, a rise of 19.7% in 24 hours.

Infection rates in Italy are on a downward trend. Italy reported 889 new deaths from coronavirus on Saturday, bringing the total number of victims to 10,023, the highest in the world. The number of confirmed cases in the country has reached nearly 92,500, while over 12,300 people have recovered from COVID-19. The head of the national health institute Silvio Brusaferro predicted a peak "in the next few days."

In France, which has seen close to 2,000 deaths, Prime Minister Edouard Philippe warned the "battle" was just beginning. The first two weeks in April would be even tougher than the past fortnight, he said.

The British toll passed 1,000 Saturday while Belgium saw a steep climb in deaths, with 353 recorded on Saturday, up from 289 the day before. In a leaflet being sent to more than 30 million British households, the prime minister warned that "things will get worse before they get better."

"The more we all follow the rules, the fewer lives will be lost and the sooner life can return to normal," Johnson wrote. But he added: "We will not hesitate to go further if that is what the scientific and medical advice tells us we must do." The Conservative leader has himself tested positive for coronavirus, as has health minister Matt Hancock, but Downing Street insists he is still in charge.