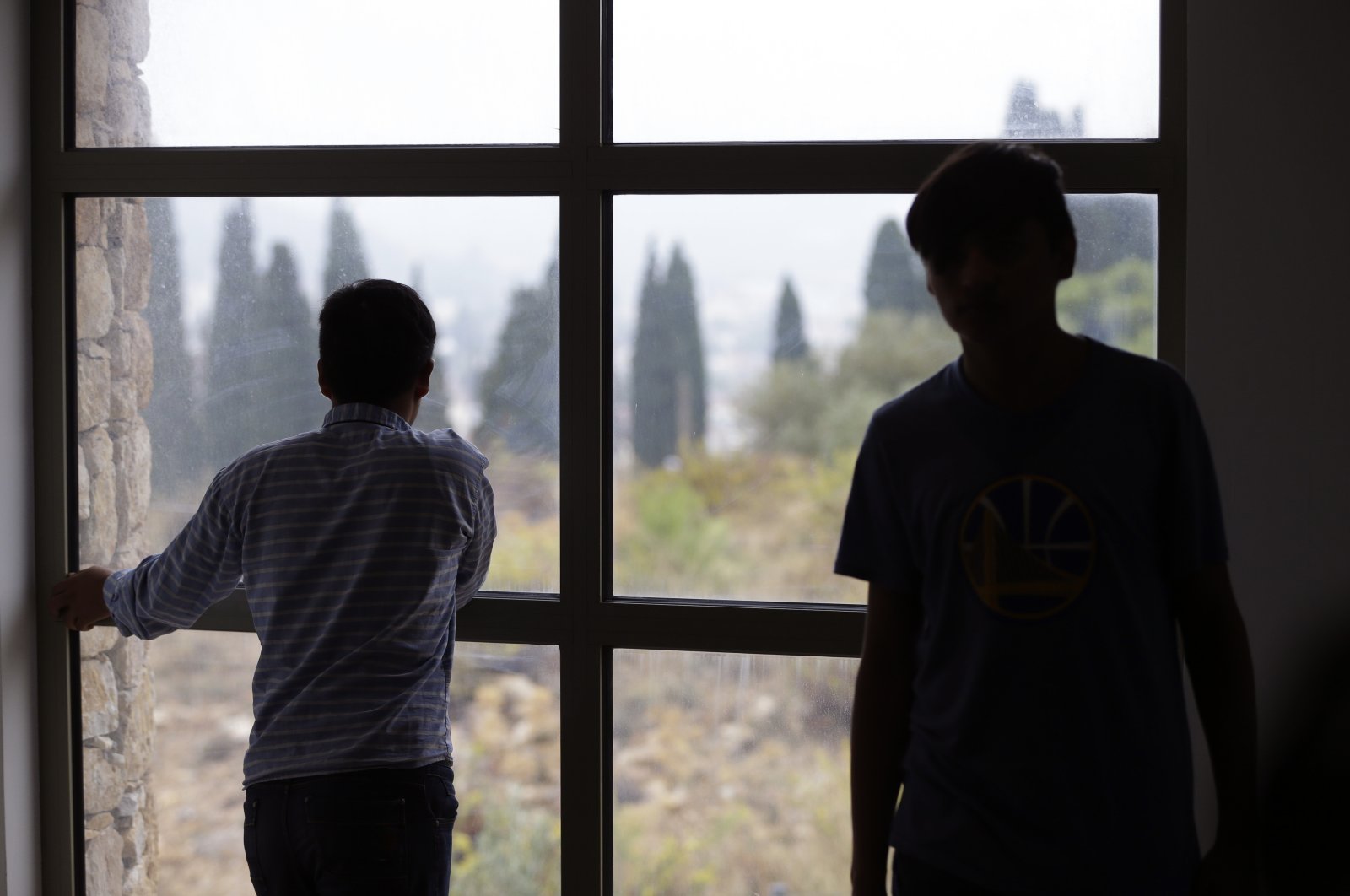 Greece is abolishing the practice of holding minor-age asylum-seekers who arrive in the country without parents or guardians in protective police custody, the migration minister said Wednesday.

The practice, which saw newly arrived unaccompanied minors held in police stations across the country sometimes for months at a time and often along with unrelated adults, has been widely condemned by rights groups.

It has also led to judgments against Greece by the European Court of Human Rights. Migration and Asylum Minister Notis Mitarachi said Wednesday that as of Nov. 14, no unaccompanied asylum-seeker teenagers and children remained in police custody.

"We will move with legislative changes to stop the scheme of unaccompanied minors being kept in police custody, a system that started in 2001,” he said.

When the system began, the holding of unaccompanied minors in police custody was supposed to be temporary but often resulted in prolonged stays because of a lack of available spaces at children’s shelters.

In early 2019, the European Court of Human Rights ruled in favor of nine minors from Syria, Iraq and Morocco who had arrived in Greece in 2016 and ended up spending weeks in police custody before being placed in shelters.

They were between the ages of 14 and 17 at the time. According to the ministry, efforts began at the start of the year to move children being held in police stations to more appropriate accommodation. It said 331 unaccompanied minors were in protective police custody at the end of March and that number had been reduced to zero by Nov. 14, with the children moved to long-term or temporary shelters. Hundreds of unaccompanied children were also living in massively overcrowded refugee camps on eastern Greek islands after arriving in the country from the nearby Turkish coast.

Mitarachi said his ministry, along with the Citizens’ Protection Ministry, would soon be submitting a bill in parliament "to formally end this practice” of children being held in police custody.

The system being put in place "will allow for the comprehensive, effective and timely protection of unaccompanied minors,” the minister said. Greece continues to be one of the most popular routes into the EU for people fleeing conflict and poverty in Africa, Asia and the Middle East.

The vast majority arrive on eastern Greek islands from the Turkish coast. But the country has made clear it is trying to reduce the number of arrivals.

According to the Migration Ministry, Greece saw a 90% reduction in the number of arrivals from May to October compared with the same period last year, with 4,345 arriving during those months in 2020, compared with 44,348 in May-October 2019.

Several rights groups and refugee organizations have accused Greece of carrying out illegal pushbacks, whereby newly arriving migrants are pushed back to Turkey without being given the right to apply for asylum. Greek officials vehemently deny the claims.