Greece burns again as wildfires break out southeast of Athens 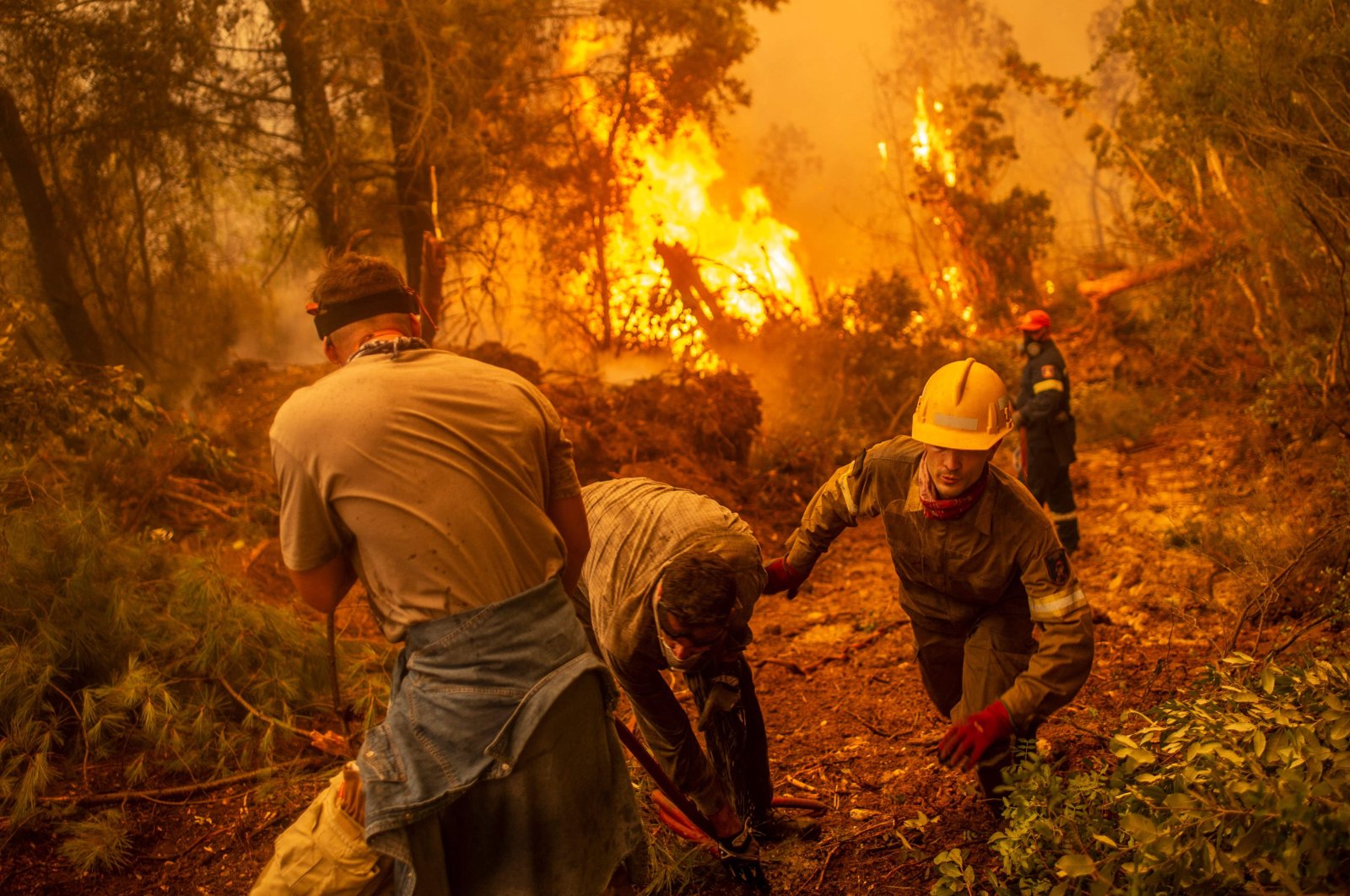 Firefighters and volunteers use a water hose near a burning blaze trying to extinguish a fire in the village of Glatsona on Evia (Euboea) island, Greece, August 9, 2021. (AFP Photo)
by ASSOCIATED PRESS Aug 16, 2021 1:30 pm
RECOMMENDED

Greek authorities have deployed dozens of firefighters, as well as six water-dropping planes and four aircraft to a wildfire that broke out Monday morning in the Keratea region southeast of Athens.

Strong winds blowing in the area near the national park of Sounion were fanning the flames and hampering firefighting efforts. Authorities issued evacuation orders for three settlements in the area.

Greece has been roiled by hundreds of wildfires for about two weeks, with the blazes destroying tens of thousands of hectares of forest and farmland, burning homes and businesses and leading to the evacuation of dozens of villages.

One volunteer firefighter has died, and four have been hospitalized, including two in critical condition in intensive care units.

The fires stretched Greece’s response capabilities to the limit, leading the government to appeal for international help. About 24 European and Middle Eastern countries sent firefighters, helicopters, planes and vehicles.

By Monday most had left, although 40 Austrian firefighters remained in the southern Greek region of the Peloponnese, where two major fires have been burning for several days.

Several Mediterranean countries have suffered intense heat and quickly spreading wildfires in recent weeks, including Turkey, where at least eight people have died, and Italy.

In Algeria, wildfires in the mountainous Berber region have killed at least 69 people. Worsening drought and heat have also fueled wildfires this summer in the Western United States and in Russia’s northern Siberia region.

Scientists say there is little doubt that climate change from the burning of coal, oil and natural gas is driving more extreme weather events.

Two major fires which began in early August, one on the island of Evia and one in a national park north of the Greek capital, were still smoldering Monday, with firefighters deployed to secure their perimeters, the fire department said.