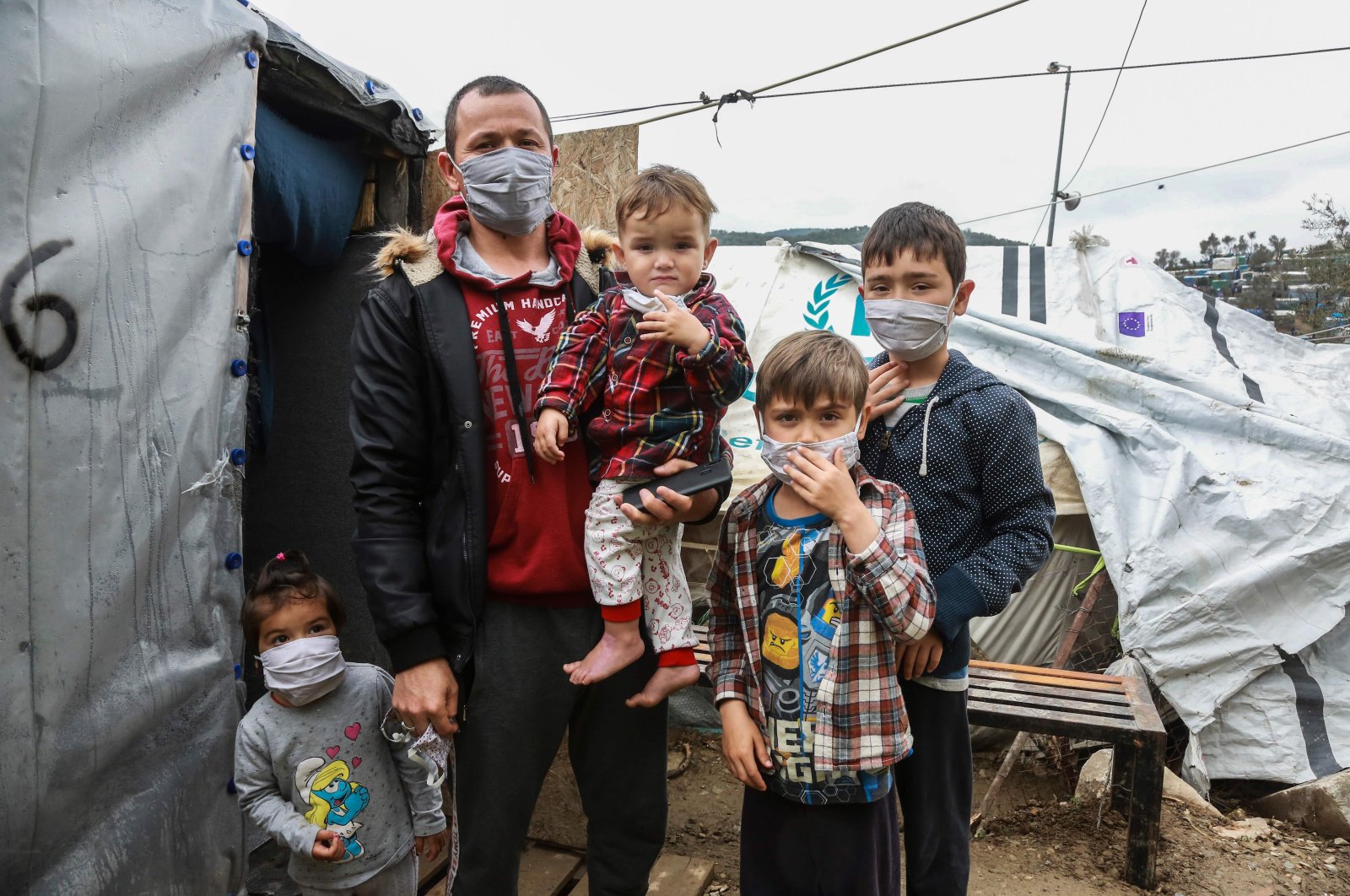 A migrant family wearing handmade protective face masks stand next to their tent in the camp of Moria in the island of Lesbos, Saturday, March 28, 2020. (AFP)
by German Press Agency - DPA Mar 31, 2020 6:54 pm

Greece's Migration Ministry on Tuesday confirmed the first coronavirus case in an asylum-seeker shelter, realizing humanitarians' fears the virus could spread to the vulnerable refugee population.

An unnamed African woman currently residing in Ritsona, a government-run refugee camp on the Greek mainland north of Athens, has tested positive for the coronavirus, the ministry said in a statement.

The woman was tested after she gave birth to a child in a hospital in the Greek capital, the ministry said, adding that authorities were now investigating where exactly the woman had become infected.

Those who had recently been in contact with the woman have been put into isolation, with similar measures put into place in the Ritsona shelter, which is currently home to 3,000 asylum-seekers and refugees.

Far worse conditions are present in the overcrowded camps on the Aegean islands, where NGOs are warning of a humanitarian disaster if and when coronavirus arrives among the refugee population there.