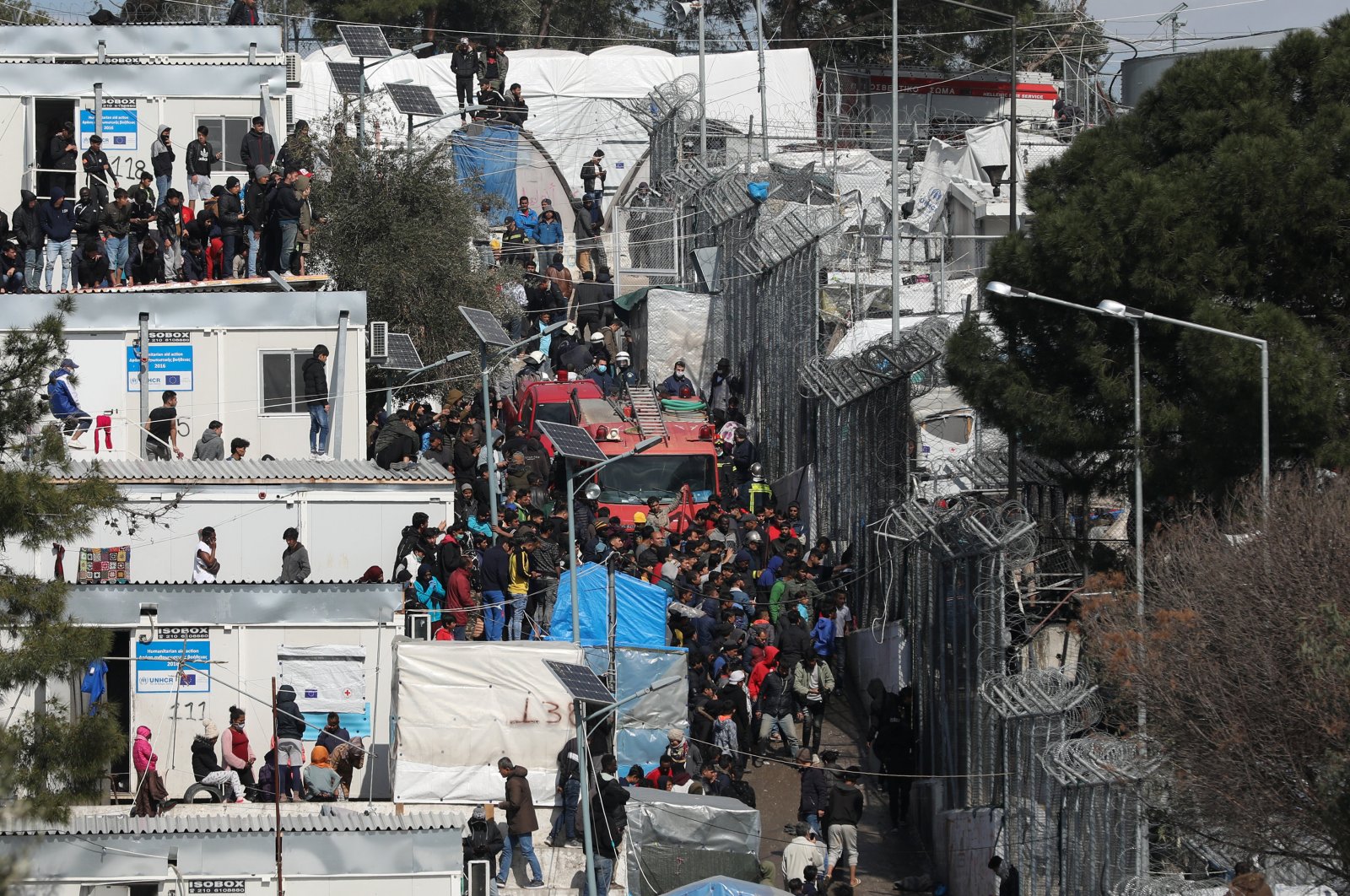 Refugees and migrants gather around a firefighting vehicle as a fire burns containers used as shelter in the Moria camp on the island of Lesbos, Greece, March 16, 2020. (Reuters Photo)
by French Press Agency - AFP Apr 16, 2020 12:34 pm
RECOMMENDED

Greece will this month begin moving hundreds of elderly and ailing asylum seekers out of congested island camps to protect them from the coronavirus, the migration ministry said on Thursday.

The ministry said 2,380 "vulnerable persons" will be moved out of camps on Aegean islands to apartments, hotels and other camps on the mainland.

Authorities said the two-week operation will begin after April 19, Orthodox Easter, and that a timetable would be announced at a later date.

"This additional protective measure aims to further reduce the risk of a (virus) outbreak," the ministry said.

Those to be moved include 200 asylum-seekers over the age of 60 who will be accompanied by their families. Another group of 1,730 includes people with prior ailments and their relatives, the ministry said.

No coronavirus case has been officially reported in camps on the islands of Lesbos, Chios, Samos, Leros and Kos. But there have been outbreaks in two camps on the mainland.

Some 100,000 asylum seekers are currently stranded in Greece after other European states closed their borders in 2016.

The camps on islands near Turkey suffer the worst overcrowding with more than 36,000 people in sites built for 6,100.

A separate scheme to gradually relocate 1,600 unaccompanied minors from war-torn countries to other European nations also began this week.

A group of 12 migrant children from Lesbos, Samos and Chios left Greece for Luxembourg on Wednesday.

A second group of 50 will fly to Germany on Saturday and 20 more will follow to Switzerland at a later date, the migration ministry said.