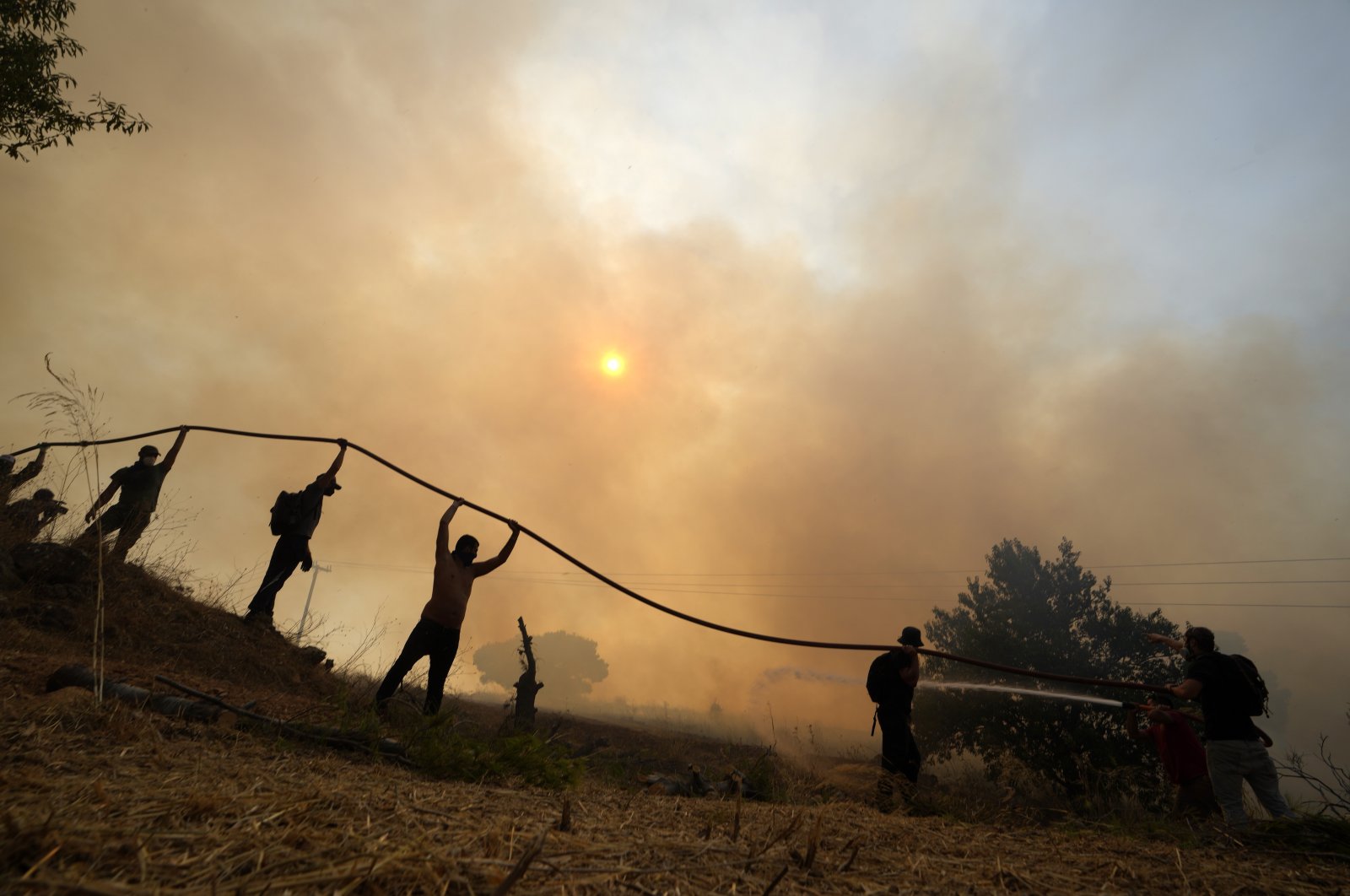 Greece continues to be on high alert as the country's fire brigades counted 53 new forest fires from Saturday to Sunday.

No fires were reported to be completely out of control by Sunday noon, meaning the situation has eased further after the massive fires of the past 14 days.
Increasingly, international helpers have departed: On Sunday, for example, a team of Romanian firefighters left for home.
However, many helpers remain on site, such as German firefighters and emergency personnel in the western parts of the Peloponnese.
The region is under strict observation because small fires keep starting and have to be extinguished.

According to the Greek Civil Defence, the fire danger remains high to very high. For Monday, caution was advised around the capital, Athens, as well as in the south of the island of Evia and in the north of the Peloponnese peninsula.
The areas are still very dry, and strong winds are blowing in many places, which can accelerate a small fire into a fire front within a short time.