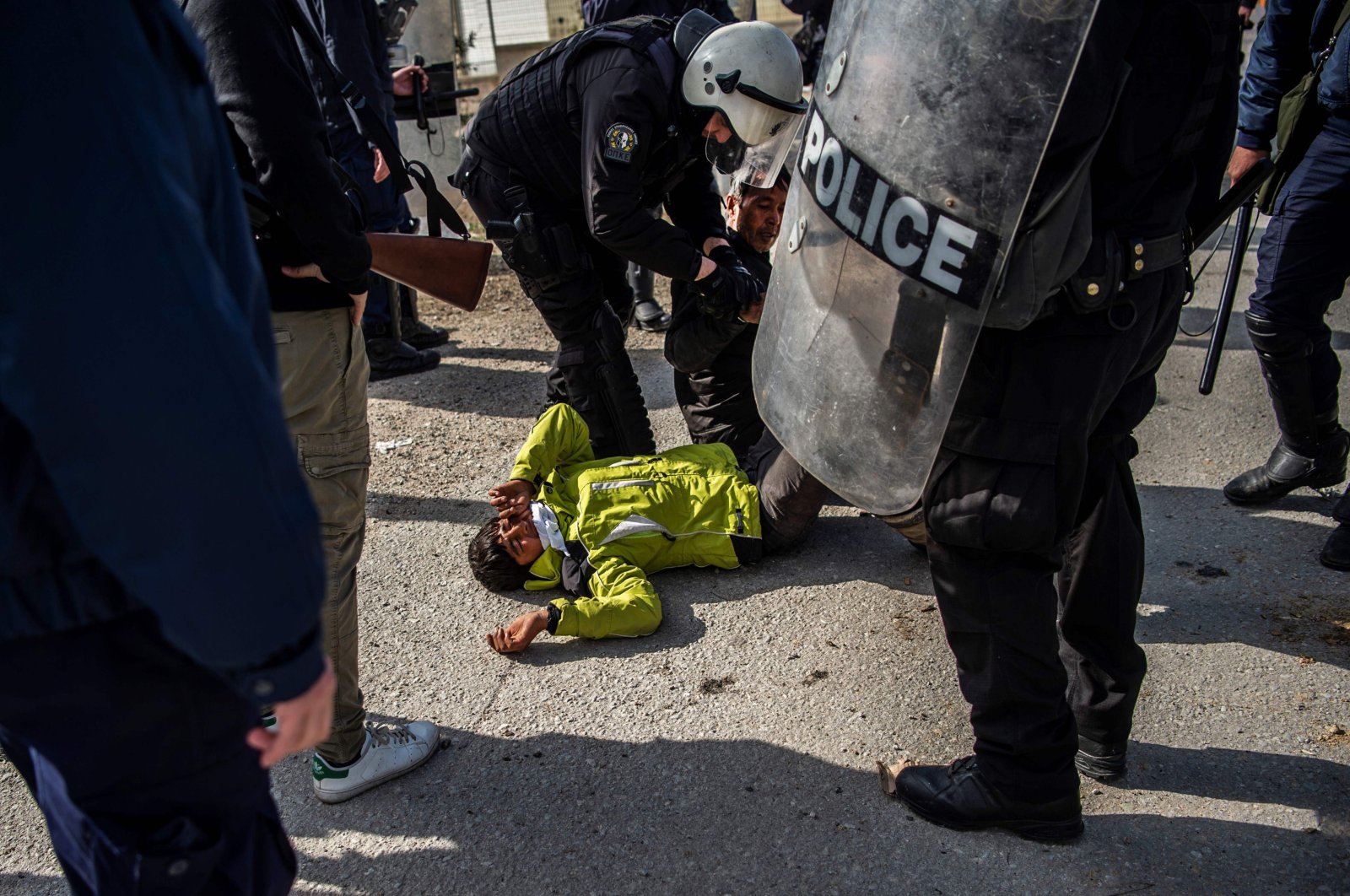 Riot police detain a migrant during clashes near the Moria camp for refugees and migrants, on the island of Lesbos, Greece, March 2, 2020. (AFP Photo)
by French Press Agency - AFP May 12, 2020 4:48 pm

Greece on Friday takes over the rotating chair of Europe's oldest human rights organization, the Council of Europe, for a six-month term amid criticism over its treatment of asylum-seekers.

The Greek foreign ministry on Tuesday said the May 15-Nov. 18 presidency would focus on "democracy, the rule of law and the protection of human rights."

Critics of Greece's treatment of asylum-seekers, most of whom live in overcrowded, squalid camps, have included the Council of Europe's own human rights commissioner Dunja Mijatovic. Mijatovic last week said she "shared" concerns raised by rights groups and the U.N. refugee agency regarding a new migration bill that was approved by the Greek parliament on Friday. In addition to shortening the time required to process asylum requests, Mijatovic highlighted an "expanded use of detention" and the creation of closed migrant camps on islands.

There are an estimated 100,000 asylum-seekers in Greece, many of them stranded after other European countries shut their borders in the wake of the 2015 migration crisis.

The Greek government earlier this week dismissed a report in the German weekly Der Spiegel which said there was "overwhelming" evidence that a Pakistani migrant was shot and killed by Greek fire in March. At the time, Athens had also denied reports and testimony from migrants that they had been beaten and stripped by Greek police after crossing the border.