Greece to lift restrictions for Italian tourists by end of month 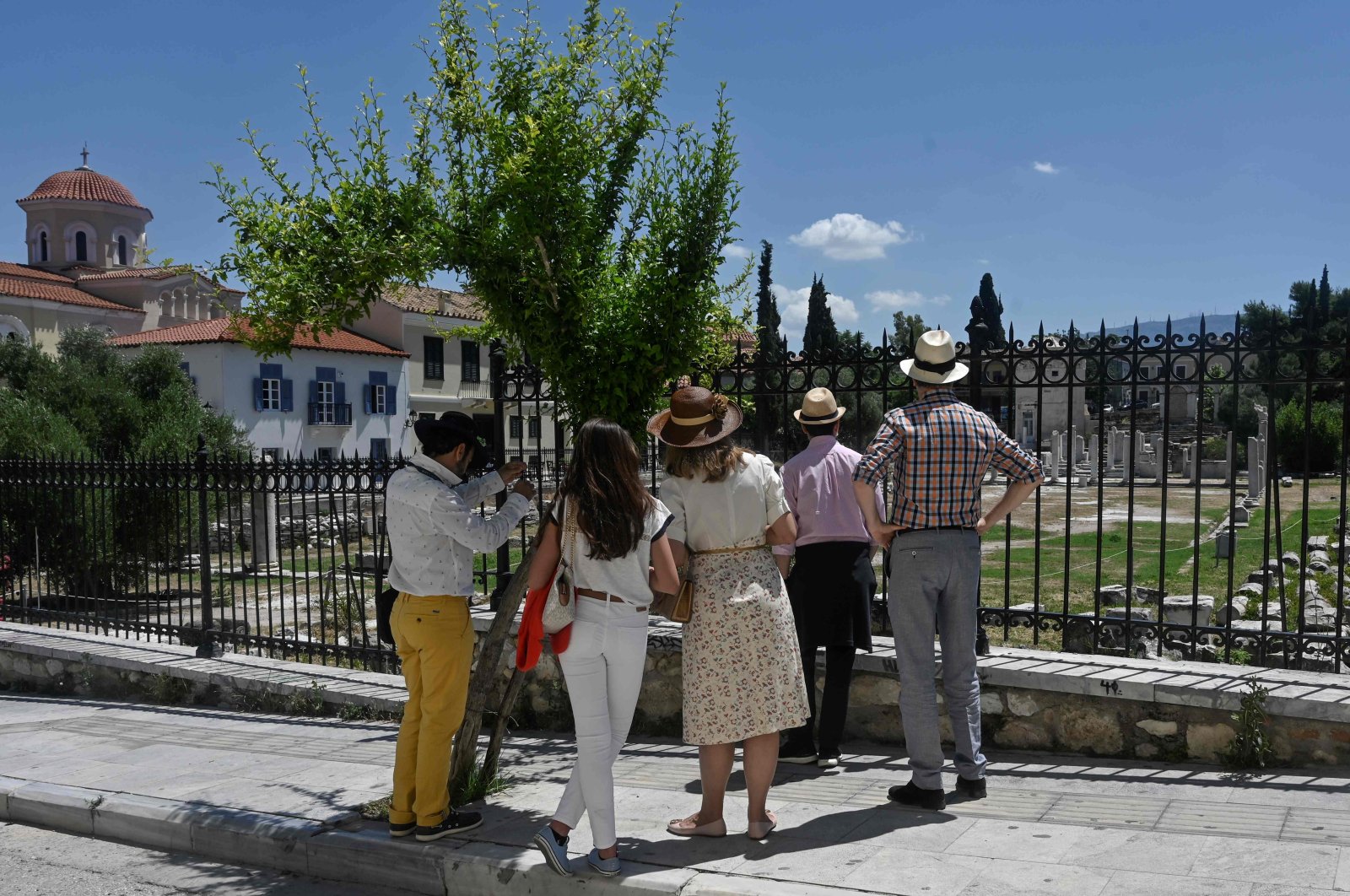 Italians tourists look at the roman agora in Athens on June 4, 2020, as Greece eases lockdown measures taken to curb the spread of the COVID-19. (AFP Photo)
by ASSOCIATED PRESS
Jun 09, 2020 6:07 pm

Greece will gradually lift all restrictions on Italian tourists entering the country by the end of the month, Greece’s foreign minister said Tuesday.

Nikos Dendias, speaking after meeting in Athens with Italian Foreign Minister Luigi Di Maio, said the decision was taken based on the improving situation regarding the spread of the coronavirus in Italy.

Rome had been angered by its exclusion from a list of 29 countries whose citizens Athens had initially announced would be allowed into Greece from June 15 without compulsory coronavirus tests or quarantines. The Greek government later clarified tourists would be allowed to enter without restrictions if they arrived from airports – rather than countries – that were not on a European air safety agency list of those considered high risk regarding the virus.

"Mr. Di Maio informed me about the radically improving epidemiological data in Italy," Dendias said. "Based on this, Greece is lifting ... from next Monday and gradually until the end of the month, any restrictions" on the arrival of tourists. He did not elaborate on what the gradual steps will be.

Greece has said tourists can fly to Athens or the main northern city of Thessaloniki from June 15, while international flights can land at regional airports across the country from July 1. Visitors arriving from airports not on the European air safety agency list of at-risk regions will be subjected to random spot coronavirus tests only and will not face the mandatory testing and quarantine currently in place for all international travelers.

"Greece expects that our Italian friends will spend their holidays in our country this year, too, as in all previous years," Dendias said.

Italy has recorded a continuing downward trend of infections, deaths and intensive care admissions, more than a month after it began loosening lockdown restrictions.

"Thankfully, Italy has managed to emerge with its head held high,” Di Maio said, adding that the figures in some Italian regions were better than those in some other parts of Europe.

"Tourism both for us and for Greece is an economic sector of primary importance," Di Maio said, adding that he was happy Dendias had assured him "that Greece will reopen ... by the end of the month, eliminating any type of restriction or quarantine requirement for Italians and with the commitment to evaluate on the basis of the data the reopening in the next few weeks."

Neither minister gave more details and they did not take questions from the press after delivering their statements.

Italy registered 280 new coronavirus cases in the last 24 hours to Monday, with over one-third of those in the hardest-hit region of Lombardy. Italy’s total confirmed number of positives has reached 235,278 – although experts believe the actual number is much higher as only certain groups, such as nursing home residents, medical personnel and people with serious symptoms, are being tested. Civil protection recorded 65 more coronavirus deaths, raising the total to 33,964.

Most Italian regions are showing either no cases or new positives in the single digits. Lombardy is the only region with triple-digit positives, with the next closest region, Emilia Romagna, adding just 20.

By comparison, Greece has confirmed just over 3,000 cases and 182 deaths. The country is highly dependent on tourism, which accounts for around 20% of its economy, and is hoping to salvage what is left of the summer tourist season by promoting itself as a safe destination.