Greece upgrades military base deal with US despite opposition 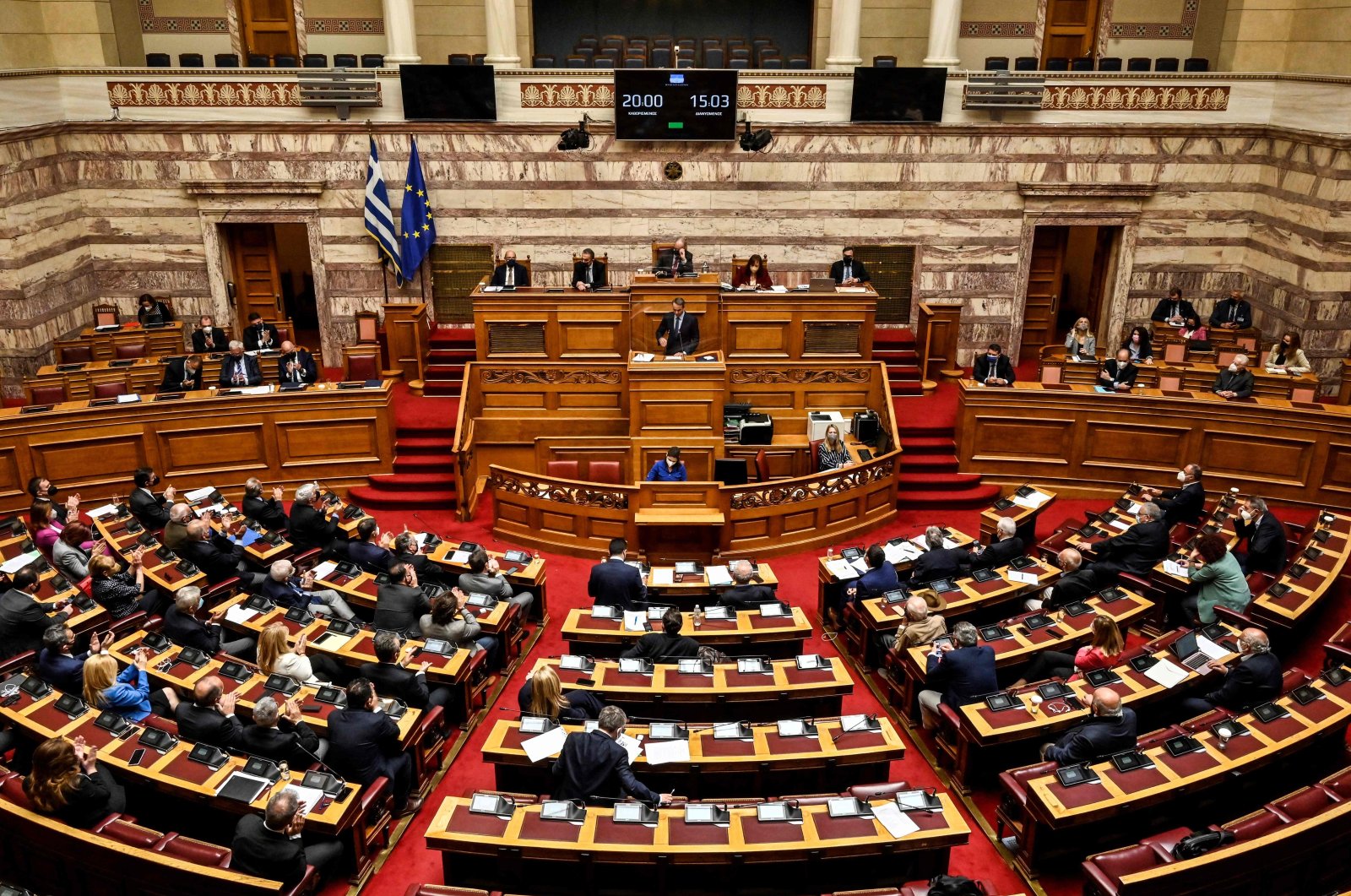 The agreement, an amendment to a prior deal signed in 2019, was approved by a majority of 181 MPs, including the ruling conservative party and the socialists.

Mitsotakis told parliament the agreement shields the country against security threats, will allow an upgrade of military facilities and is a vote of confidence for Greece, which is becoming an energy hub in the region after Russia's invasion of Ukraine.

"The text (of the agreement) we are called to ratify ... depicts a new reality," Mitsotakis said. "The U.S. is extending its presence in the Eastern Mediterranean ... and our country becomes in the clearest way the main partner and interlocutor of the United States in the region."

The deal gives U.S. forces access to a "road into the Balkans" through additional Greek military facilities in Litochoro and Volos, the sprawling naval base of Souda and the key port of Alexandroupolis, the PM said.

U.S. Secretary of State Antony Blinken has called the agreement "the bedrock" of defense cooperation between Greece and the United States.

The agreement amendment originally signed in Washington in October "enables U.S. forces in Greece to train and operate from additional locations", Blinken said at the time.

"This update will allow the agreement to remain in force indefinitely," Blinken said.

Greek officials have said the agreement will be updated every five years.

Under the 2019 agreement, U.S. forces had already been granted priority status for "unimpeded access and use" within 48 hours at Alexandroupolis, a Balkans and Black Sea gateway of strategic value to the U.S. navy and NATO.

Greece also seeks to turn Alexandroupolis into an energy hub through the construction of a floating liquid natural gas terminal.

The latest amendment agreed in 2021, extends the cooperation by allowing the presence of U.S. forces in four more military areas, including two army camps in central and northern Greece and a naval base on the island of Crete.

Greece believes the agreement, which will remain in force for at least five years, will also help protect it against "threats" at its northern land border with Turkey and in the Eastern Mediterranean, where there are long-standing territorial disputes between the two NATO allies.

Facing constant challenges in the Aegean from regional rival and NATO ally Turkey, Greece has also signed a mutual assistance defense pact and warplane and frigate deals with France.

Turkish leaders have repeatedly stressed that Ankara favors resolving outstanding problems in the region through international law, good neighborly relations, dialogue and negotiations. Instead of opting to solve problems with Ankara through dialogue, Athens has, on several occasions, refused to sit at the negotiation table and opted to rally Brussels to take a tougher stance against Turkey.

Leftist protesters also marched in central Athens against the ratification of the pact. A protest rally by the Communist Party of Greece's workers' union PAME and other anti-war groups took place in central Athens on Thursday to protest against the U.S.-Greece Mutual Defense Cooperation Agreement (MDCA).

Traffic was banned in central Athens on almost all major roads due to the demonstration causing traffic confusion as thousands took to the streets.

Demonstrators held banners against the agreement and demanded the withdrawal of the U.S. bases in Greece.

Slogans such as "Greece out of the imperialists' slaughterhouse" were heard in the rally in which the head of the Communist Party of Greece (KKE) Dimitris Koutsoumpas also participated.

A similar demonstration took place in Greece's second-largest city Thessaloniki, where thousands gathered holding banners against the war and chanting slogans against NATO.

"No to the wars of the imperialists, long live the friendship of the people," were heard in the streets of Thessaloniki.

Earlier in parliament, a heated debate took place between government and opposition parties which want the suspension of the ratification process of MDCA between Greece and the U.S. that was signed in October 2021.

"Unconditionally submitting to U.S. demands," the Nea Dimokratia (New Democracy) government led by Mitsotakis is turning Greece from an ally into a satellite country, leader of the main opposition party SYRIZA, Tsipras, told the plenary session of the parliament on the MDCA.

Referring to the recent media reports that the Joe Biden administration presses the U.S. Congress to approve an F-16 deal with Turkey, Tsipras accused the government of giving away everything to the U.S. without receiving anything substantial.

Particularly on the MDCA that was previously subjected to annual renewal, he criticized the amendment that extended it for another five years.

Tsipras also opposed the opening of more Greek bases, Volos, Alexandroupoli, and Litochoro, apart from Souda where the U.S. Navy already operates a base, to the U.S. military's use.

He noted that the government has abandoned the decades-old principles of the Greek foreign policy that minded the regional and global balances and rendered Greece "a front country of NATO."

Also referring to Ankara's mediation role to end the ongoing Russia-Ukraine war and the warming of the Turkish-U.S. relations, Tsipras said Turkey's regional position has improved though the government has been claiming otherwise.

The U.S. withdrawal of support for the EastMed pipeline project, and remarks by U.S. Under Secretary of State Victoria Nuland that Turkey should be included in energy projects in the region are other major indicators of the Greek government's obvious failure in the foreign policy, he added.

"The Greek people do not deserve a government that leads them from defeat to defeat, both social and national," Tsipras concluded.

Also speaking at the session, the head of the Communist Party of Greece (KKE) Dimitris Koutsoumbas said the agreement would not protect Greece in case of an armed conflict with Turkey.

The U.S. is only interested in ensuring cohesion in the southeastern wing of NATO, he stressed, adding that the agreement is turning the country into a huge military base for NATO and the U.S.