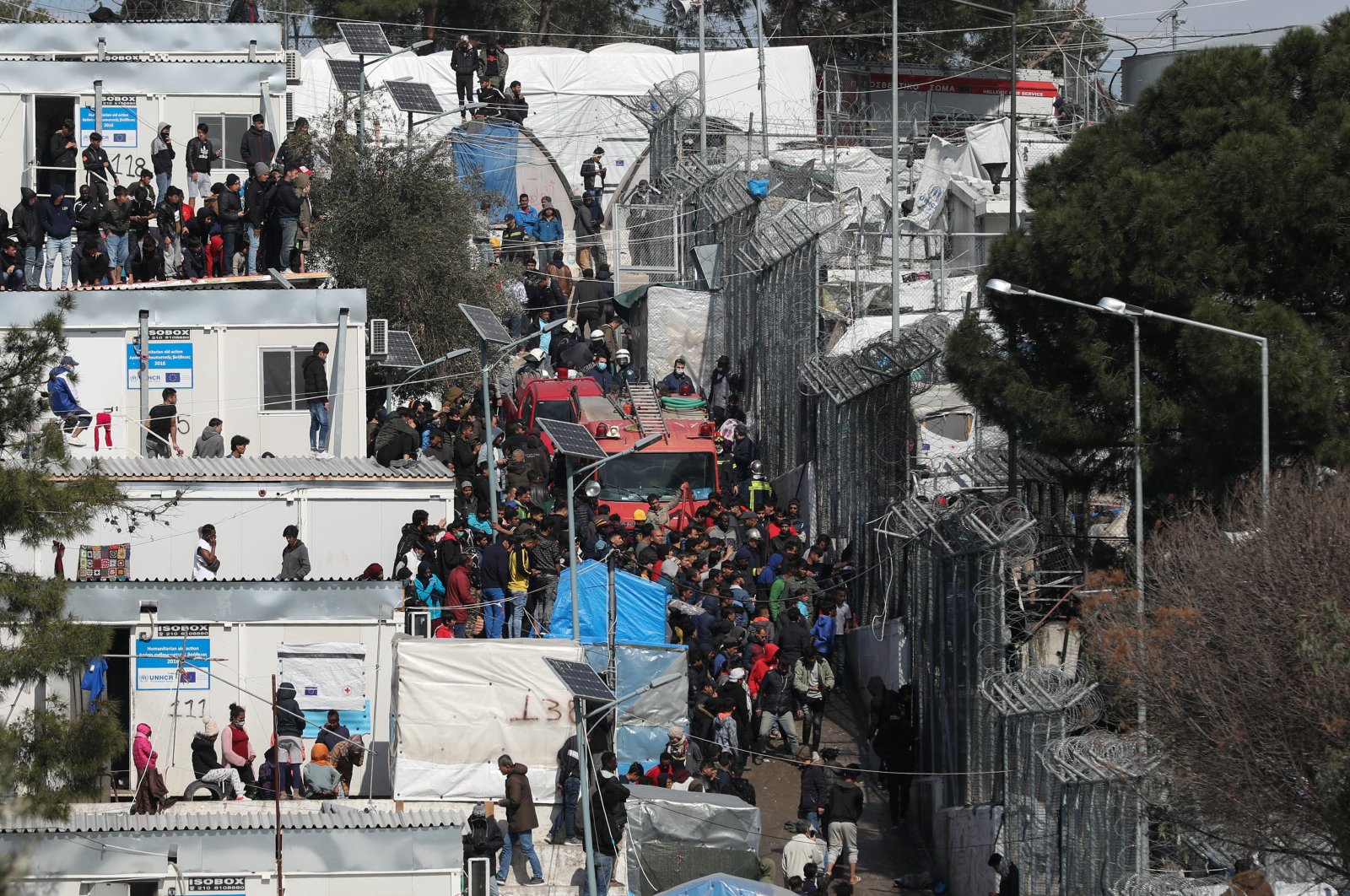 Refugees and migrants gather around a firefighting vehicle as a fire burns containers used as shelter in the Moria camp on the island of Lesbos, Greece, March 16, 2020. (Reuters Photo)
by French Press Agency - AFP Apr 19, 2020 10:26 am

One of Greece's largest migrant camps has been extensively damaged in a fire, hours after the death of an Iraqi woman living there sparked unrest, officials said Sunday.

"A large part of the camp's administrative services was destroyed," said Logothetis, adding that no injuries were reported.

A local police source said three people had been detained in relation to the unrest, which erupted after a 47-year-old asylum-seeker from Iraq died in the camp on Saturday.

"We managed to restore order at around 1 a.m. ... There were many people who took part in the incidents," the officer said.

The Iraqi woman had been taken with a fever to a local hospital earlier this week. At the time, a test for the coronavirus had returned negative, Athens News Agency (ANA) reported Saturday.

Migrant camps in Greece have been under quarantine in recent weeks, with authorities trying to keep residents apart from locals.

The virus has so far killed 110 people in Greece. Another 67 are in intensive care.

There have been coronavirus cases in two camps on the mainland.

As with all of Greece's island camps, Vial is massively overcrowded. There are more than 5,000 people living in space intended for around 1,000.