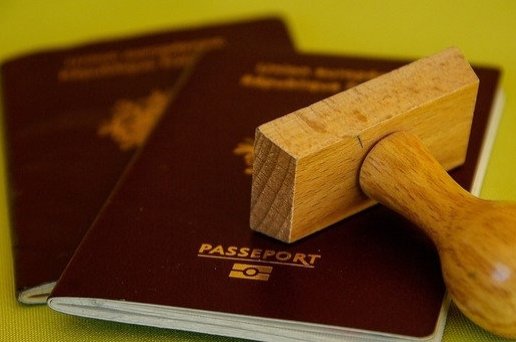 The Greek Cypriot administration grants a passport in exchange for an investment of 2.5 million euros ($3 million). (File Photo)
by REUTERS
Oct 13, 2020 12:44 pm

Greek Cypriot administration announced it was suspending its citizenship for investment program on Tuesday, following reports of abuses of a system that gives the rich a passport and visa-free travel throughout the European Union.

The suspension of the program, in its current form, would take effect Nov. 1, government spokesperson Kyriakos Koushos told journalists after an emergency session of the Cabinet. For a minimum investment of 2 million euros ($2.36 million), the Greek Cypriot scheme provides passports that guarantee visa-free travel in the EU, which it joined in 2004. Criticized as opaque and fraught with the risk of money-laundering, the scheme is popular with Russians, Ukrainians and more recently Chinese and Cambodians. Around 4,000 Cypriot passports have been issued to investors under the program, generating more than 7 billion euros ($8.25 billion). The Cyprus government has conceded that “mistakes” were made and has beefed up eligibility criteria in recent years.

Greek Cypriot parliamentary speaker, Demetris Syllouris, filmed in an undercover video on a controversial citizenship scheme, said on Tuesday he would abstain from his duties until an investigation was completed. Syllouris said he would be abstaining from duties from Oct. 19.

Tuesday's suspension comes after the Al Jazeera TV station aired a documentary on the program. Undercover journalists posing as middlemen for an imaginary Chinese investor with a conviction surreptitiously filmed a senior Greek Cypriot state official, a lawmaker and a lawyer allegedly offering to assist the process. By law, a criminal record should disqualify a potential investor.

The persons filmed in the documentary claimed entrapment and said they had reported the matter to authorities months ago. Reuters reported in October 2019 that Cambodians in the inner circle of long-time leader Hun Sen, plus family members, had acquired passports, leading authorities to review the program.

Another report by Al Jazeera in August this year said at least 60 individuals who acquired citizenship between 2017 and 2019 were high risk and would probably not have qualified with new tighter rules since introduced.