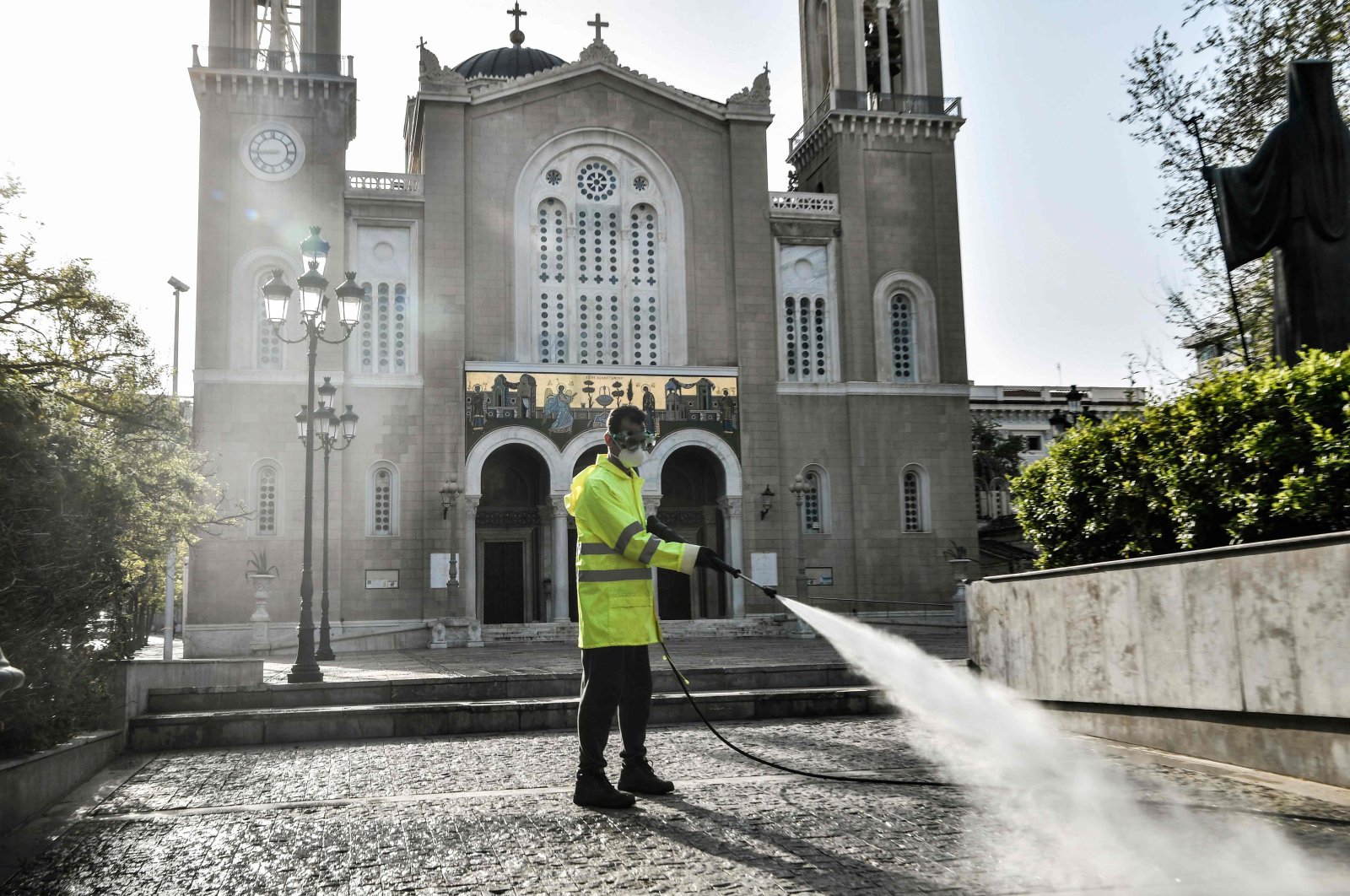 Thousands of police are deploying ahead of Orthodox Easter celebrations this weekend to keep stir-crazy Greeks indoors, in a mobilization unseen since the 2004 Olympics.

Backed by helicopters and drones, nearly everyone that can be spared on the 52,000-strong Greek police force will be on the streets, with trainees filling the gaps back at stations, a senior police source told Agence France-Presse (AFP).

The deployment can only be compared to the security operation mounted for the Athens 2004 Olympics involving 70,000 police and army staff, the officer said.

Easter is Greece's foremost religious celebration, during which churches record their highest attendances. It is also an opportunity for many to visit rural homes, and nearly every town holds communal feasts.

But authorities warn this could prove disastrous in this year's fight against the virus.

The government has repeatedly stressed that Easter church gatherings and family feasts are strictly not allowed under lockdown rules.

"Particularly on (Easter) Sunday, we must avoid having people leaving their homes and congregating," Stavros Balaskas, a senior member of the POASY police union, told Focus FM radio.

He admitted that officers would find themselves in a "very tough spot" trying to enforce lockdown rules.

"We call on the public, please don't make it more difficult for us," Balaskas said.

Greece has so far announced 102 deaths from the virus since March 12.

"We will have a strong but discreet presence outside churches to prevent gatherings. We hope we won't find people there," police unionist Stratos Mavroidakos told Mega TV.

"If we find a large gathering (inside a home and participants refuse to disband) there will be fines."

"But we can't put a police officer on every corner," he added.

In addition to highway toll points and ports, squads have also been deployed on back roads to the countryside and coasts.

Special police patrols will be set up near churches ahead of Easter Sunday, and there are also instructions to officers to be on the lookout for large gatherings on gardens, roofs and balconies.

Unwarranted movement is punishable by a fine of 150 euros ($163), and double that for those caught traveling outside prefecture borders.

In recent weeks, over 40,000 people have been fined an aggregate sum of over 6 million euros for leaving their home without a valid reason.

Government spokesman Stelios Petsas this week insisted Greece is "not a police state."

"We count on persuasion," Petsas told Antenna TV on Wednesday.

Despite strict instructions from the Church of Greece to hold Easter sermons behind closed doors, some are flouting health warnings.

An Alpha TV poll this week found that 3% of respondents intend to go to church and 6% plan Easter family gatherings, despite restrictions.

Some religious hardliners have posted online calls to the faithful to flock to churches in force to overwhelm police patrols, news reports say.

Privately, police dread the prospect of having to arrest priests during what is Greece's most devout religious celebration.

"It's going to be tough ... all we can do is issue warnings," says the senior officer, adding: "These people are not criminals ... we can just try to break up gatherings."

The bishop of Corfu has already been prosecuted for holding a sermon on Palm Sunday and will be put on trial in May.

And a priest in the Athens district of Koukaki temporarily went into hiding this week after holding Holy Communion out of the back door of his church against regulations.

"Some parents and their children were insistently banging on the church door, asking to take communion," the priest later explained in a Facebook post, describing himself as "a simple priest just trying to do his duty."