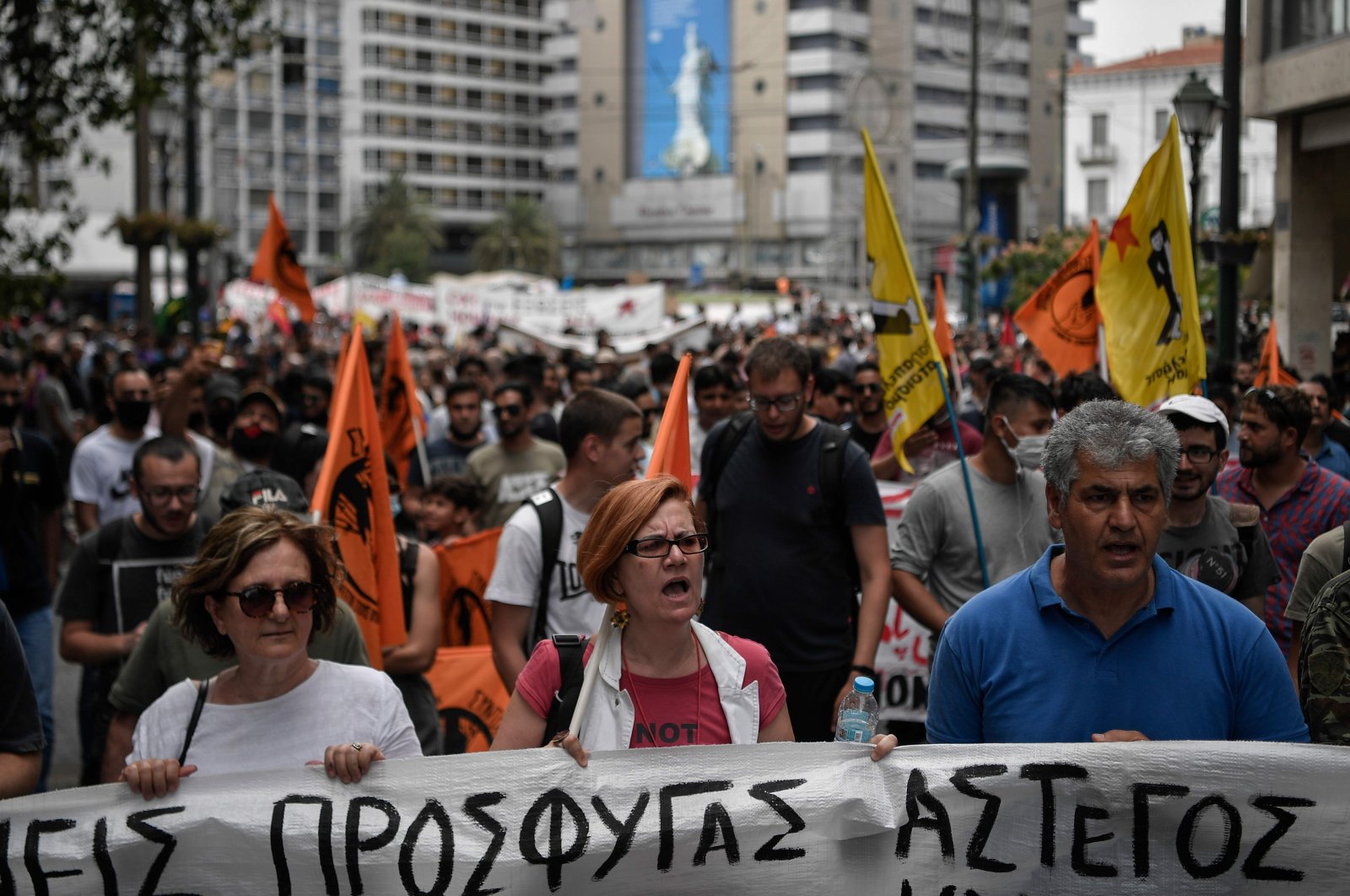 Solidarity groups and NGO's march behind banners as they participate in a rally marking World Refugee Day as they demand rights and housing for refugees and migrants in Athens, Greece, June 20, 2020, . (AFP Photo)
by French Press Agency - AFP Jun 20, 2020 5:40 pm
RECOMMENDED

Around 2,000 people gathered across central Athens on Saturday to mark World Refugee Day and protest the Greek government's policies forcing migrants out of their accommodations.

Refugees used to be able to keep their accommodation for up to six months after receiving protected status.

The new conservative government of Prime Minister Kyriakos Mitsotakis has reduced this period to just a month.

The government insists that it is doing everything necessary "to assure a smooth transition for those who leave their lodgings."

The United Nations High Commissioner for Refugees (UNHCR) has voiced its concern, however, stressing that many of the refugees do not have effective access to social benefits and support.

In a message for World Refugee Day, the Ministry for Migration and Asylum said Greece has found itself "at the center of the migration crisis bearing a disproportionate burden."

The continued presence of more than 32,000 asylum seekers on the islands – over five times the intended capacity of shelters there – has caused major friction with local communities who demand their immediate removal.

An operation in February to build new camps on the islands of Lesbos and Chios had to be abandoned due to violent protests.

Greece is also accused of illegal pushbacks by its forces at its sea and land borders, which according to reports had increased since March.

UNHCR said that although around 3,000 asylum seekers arrived in Greece by land and sea since the start of March, the figure was much lower than over previous months.