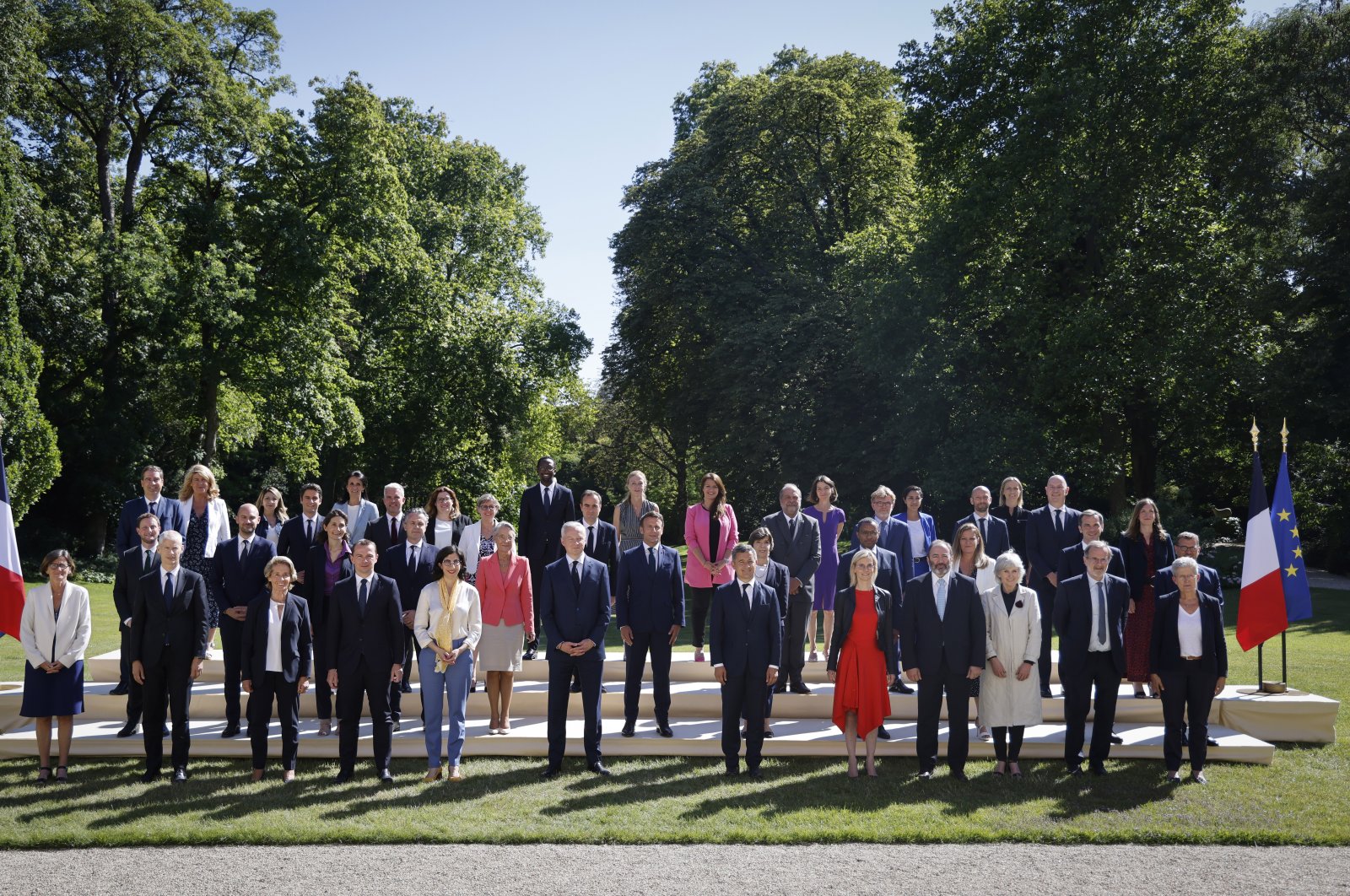 French President Emmanuel Macron on Monday reshuffled his government looking to reset a second term off to a rocky start after his centrist alliance failed to win a majority in the parliament, urging his ministers to “hang in there,” be ambitious and show a willingness to compromise.

The limited rearrangement saw no opponents join Macron’s camp as he attempts to adjust to a new political reality and seeks a workable majority in parliament.

But he finally ceded to public pressure by sacking Damien Abad, the solidarity and social cohesion minister accused of rape, while there was little sign of a major renewal that could turn Macron’s fortunes around.

Other posts in the 41-strong Cabinet – exactly divided between men and women – mostly went to politicians from the different factions in Macron’s camp.

Key roles such as the prime minister, foreign, finance and defense ministers remained unchanged in the reshuffle, which signaled no policy changes and was criticized by the opposition as being tone-deaf.

Opponents from all sides of the French political spectrum denounced the reshuffle as superficial, saying it failed to represent a meaningful change.

Abad later told reporters he faced “despicable slanders organized around a calendar” designed to drive him out of government after just 45 days.

Chrysoula Zacharopoulou, who has been accused by former patients of rape during gynecological examinations, is staying on as state secretary for development, Francophony and international partnerships.

Having lost their absolute majority in the lower house of parliament in elections in June, Macron and his government will need to negotiate bill-by-bill support from the opposition for their planned reforms.

“We must acknowledge the refusal of established parties to be part of a government agreement,” Macron told ministers in the Cabinet meeting that followed the morning’s reshuffle.

Describing the new political landscape as “exceptional,” Macron said that required from the government “a lot of ambition because the country needs reforms ... and a spirit of responsibility to build demanding compromises.”

“In that context, you will have to hang in there,” he said, as the hard-left La France Insoumise (France Unbowed, or LFI) announced it would table a no-confidence vote against the reshuffled government on Wednesday.

The LFI would need not only its left-wing partners but also nearly all of the far-right and conservatives to join it for the no-confidence vote to be successful, which seems unlikely at this stage. But the government is likely to have a hard time getting some of its reforms passed.

The challenges will start as early as this week with a draft cost-of-living bill set to be adopted by the government and make its way to parliament.

“Our whole health system is exhausted” after two years of COVID-19, Braun said as he took the reins at the ministry.

He promised a “renovation” of healthcare that for now “lacks flexibility, lacks visibility (and) is no longer understood either by our fellow citizens or by health workers.”

Christophe Bechu, mayor of the Loire city of Angers and a close ally of former prime minister Edouard Philippe, was named environment minister.

The reshuffle was “a message to the troops: loyalty will be rewarded. Looking ahead to the coming months, when passing new laws is likely to come down to just a few votes,” tweeted Frederic Says, a political commentator for broadcaster France Culture.

And far-right leader Marine Le Pen charged that “those who failed are all reappointed” to the government.

Macron retorted to claims he had failed to take account of the parliamentary results at Monday’s first Cabinet meeting.

The traditional parties of government – the Socialists, now part of the broad NUPES left alliance, and the conservative Republicans, reduced to 60 seats – had shown an “absence of will to join a government agreement or any form of coalition,” he said.

The first test for the new government will come on July 6, when Prime Minister Elisabeth Borne lays out her policies before parliament.

Speaking after the first meeting of the new Cabinet, government spokesperson Olivier Veran confirmed that Prime Minister Borne would not seek a vote of confidence after making her general policy speech to parliament on Wednesday, as had been rumored.

Instead, he said, the ruling alliance would try to build coalitions for every draft law it submits.

But a lackluster campaign for last month’s parliamentary vote saw his supporters win just 250 seats, 39 short of the absolute majority needed to push through new laws.

Macron was largely absent from the domestic political stage between the presidential election and the vote for the National Assembly.

His focus on the international scene and Russia’s invasion of Ukraine ended up reinforcing his arrogant and distant image, rather than showing the public he was fighting France’s corner as he hoped.

Stuck between large blocs from the far-right and NUPES – both broadly hostile to his leadership – the government must glean support where it can as bills come up for the vote.

“Whereas yesterday he opposed ‘imperfect compromises,’ from now on the president will have to resign himself to them,” newspaper Le Monde commented at the weekend, bemoaning “presidential hesitations” and “ideological vagueness” at the Elysee.