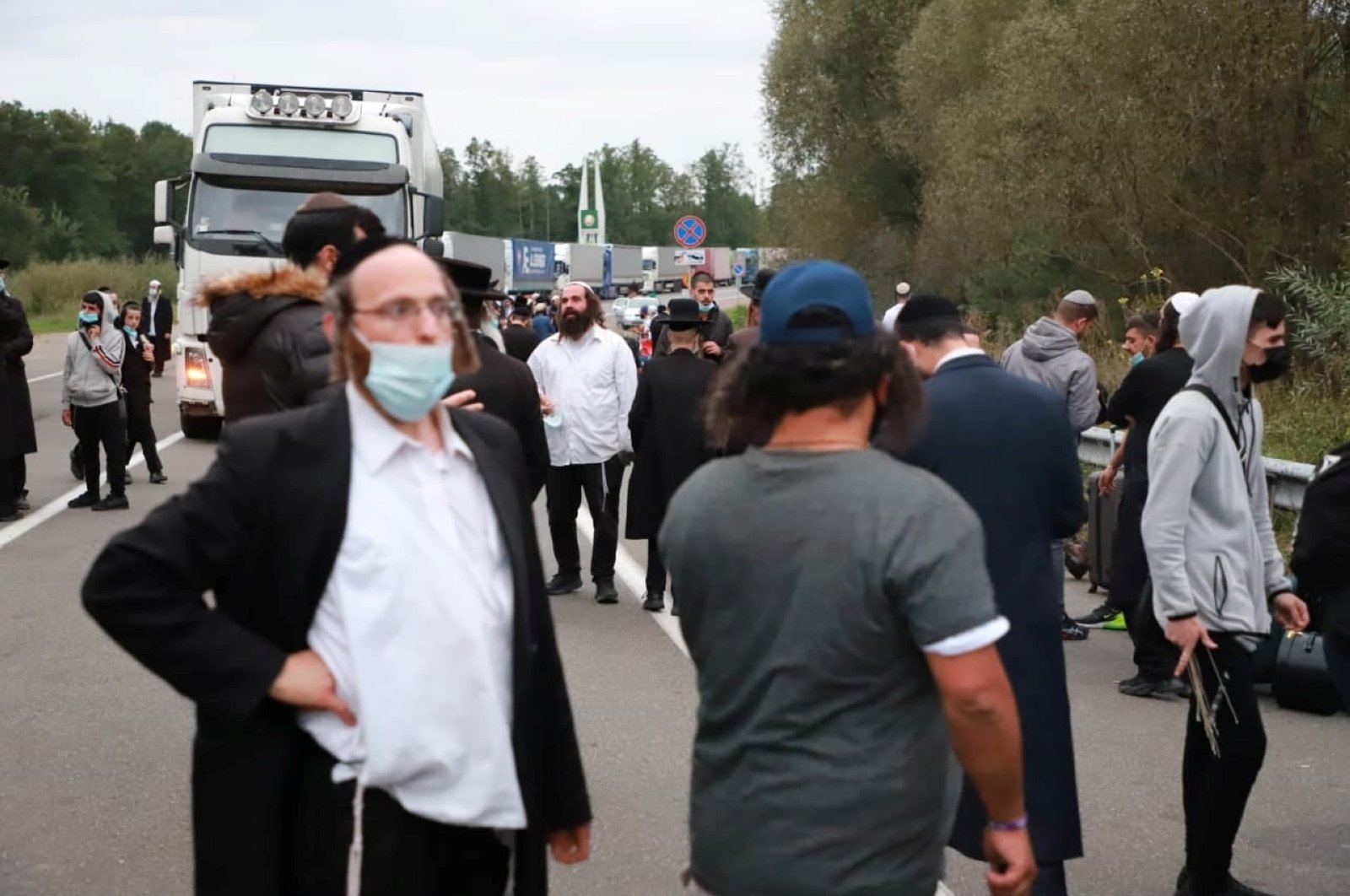 Hundreds of Hasidic Jews who set off on a pilgrimage to Ukraine despite coronavirus restrictions blocked the frontier on Tuesday after border guards would not let them in.

A video posted by Ukrainian border guards showed dozens of Jews, including children, in traditional dress, carrying suitcases and wandering along a roadway amid parked trucks.

They sang songs and some danced. The guards said they had been forced to stop traffic on Monday night on the crossing at Novi Yarylovychi between Belarus and northern Ukraine because the pilgrims were in the way.

Every Jewish New Year, tens of thousands of Hasidic Jews make the pilgrimage to the central Ukrainian town of Uman to visit the grave of Rabbi Nachman of Breslov who revived the Hasidic movement and died in 1810.

Ukraine imposed a ban on the entry of foreigners on Aug. 26 to Sept. 28 due to the coronavirus pandemic.

It said the ban was partly in response to a plea from Israel, where many of the pilgrims come from, to limit the event, for fear it would be a coronavirus hot spot.

"I don't know who promised to whom the passage of 3,000 citizens," the head of Ukraine's border service Serhiy Deineko told the group on the border. "You were deceived."

One of the pilgrims, contacted by telephone, said they had been promised by Belarusian and Ukrainian officials they would be allowed to enter Ukraine. He did not specify which officials.

"I spent the night on the bus, but most of them spent the night right on the road, some gathered branches in the forest and lit fires. We have no food or water, we have children with us, about 100 children", said the man, who gave only his first name, Benjamin.

The Belarusian border guard service said there were 734 people in the group, including 40 children under 12.

"All of them ... are awaiting a decision on admission by the Ukrainian side," it said. "As of the morning of September 15, the work of the Ukrainian checkpoint ... has not been resumed."

The Rabbi Nachman Foundation issued a statement saying it had asked Ukrainian officials to allow the pilgrims to come.

"Therefore, in this situation, we ask you to make an exception and let them into Ukraine."