Heavy flooding prompts chaos in Germany, other parts of Europe 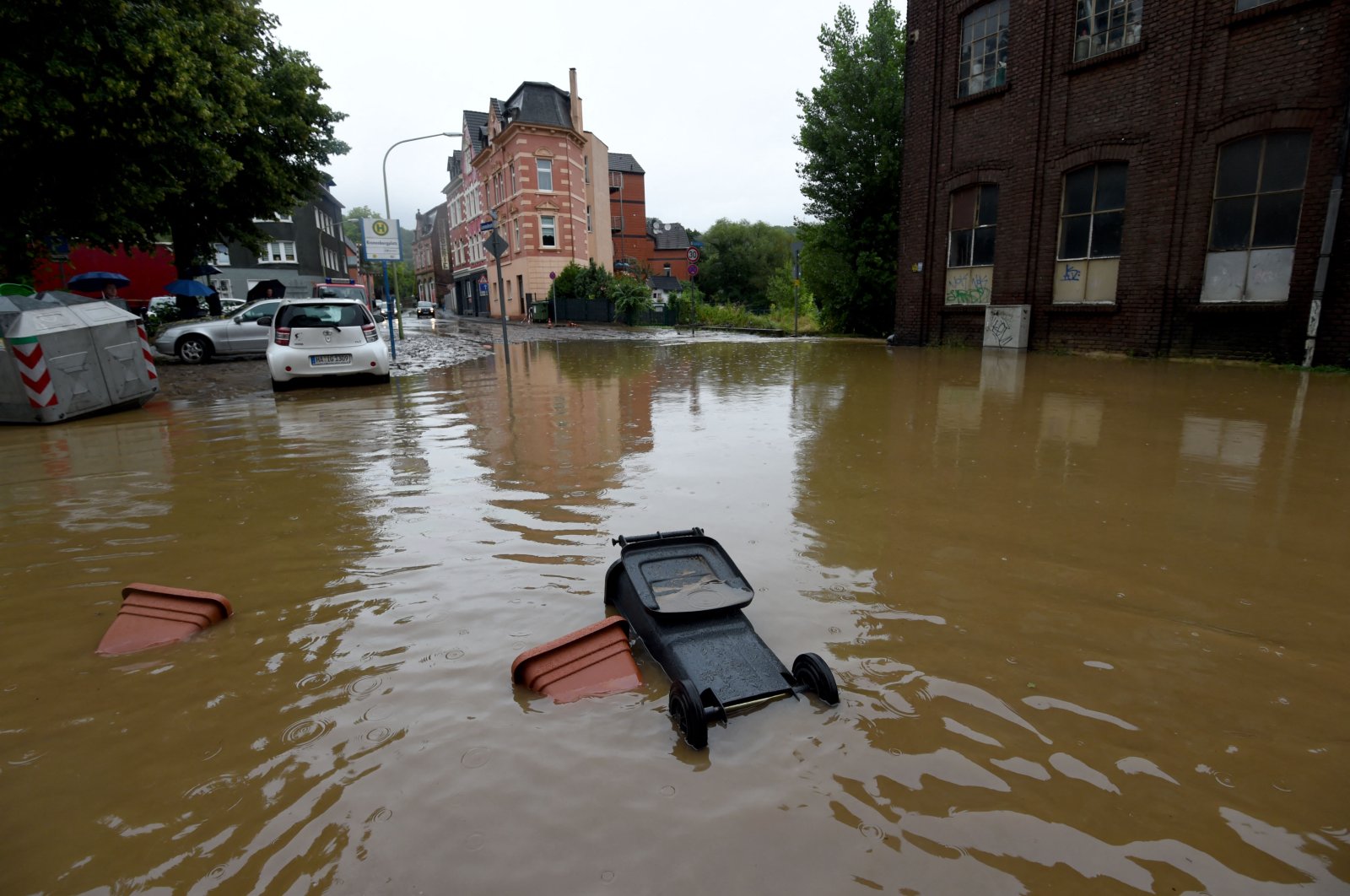 Storms caused heavy flooding across parts of western and central Europe overnight, with one man missing after being swept away by a raging stream in eastern Germany.

Firefighters resumed their search for the man in Joehstadt, in Saxony state, on Wednesday morning. German news agency dpa reported that he had been trying to secure his property from rising waters when he disappeared.

Hof county near the eastern border with the Czech Republic issued a disaster alert late Tuesday as basements filled with water, trees were uprooted and some areas lost power overnight. Germany's DWD weather service said the region saw 80 liters of rain per square meter (3.14 inches) in the space of 12 hours.

In Hagen, firefighters had to rescue several drivers whose vehicles had become stuck in a flooded underpass. Videos on social media showed streets in the western city knee-deep in water and others buried by landslides.

Residents in the nearby town of Erkrath were warned not to shower or use their washers as the sewage system was overloaded by rain.

The neighboring Netherlands and Belgium were also hit by flooding.

Water authorities in the southern Dutch province of Limburg warned that the heavy rainfall will turn streams into dangerously fast-flowing torrents and urged the public to stay away from them.

Boat owners were advised to steer clear of the Maas river due to strong currents and debris being washed downstream.

Dutch media showed people being rescued Tuesday from a historic mill that was partially submerged under floodwaters estimated at 1.5 meters (5 feet) deep.

Swollen rivers are expected to overflow into their floodplains later in the week. It is unusual for the rivers to overflow in the summer. It more often happens in the spring when rivers such as the Rhine and the Maas rise due to melting snow in European hills and mountains.

In Switzerland, authorities raised the flood warning for Lake Lucerne to the highest level and banned all shipping.