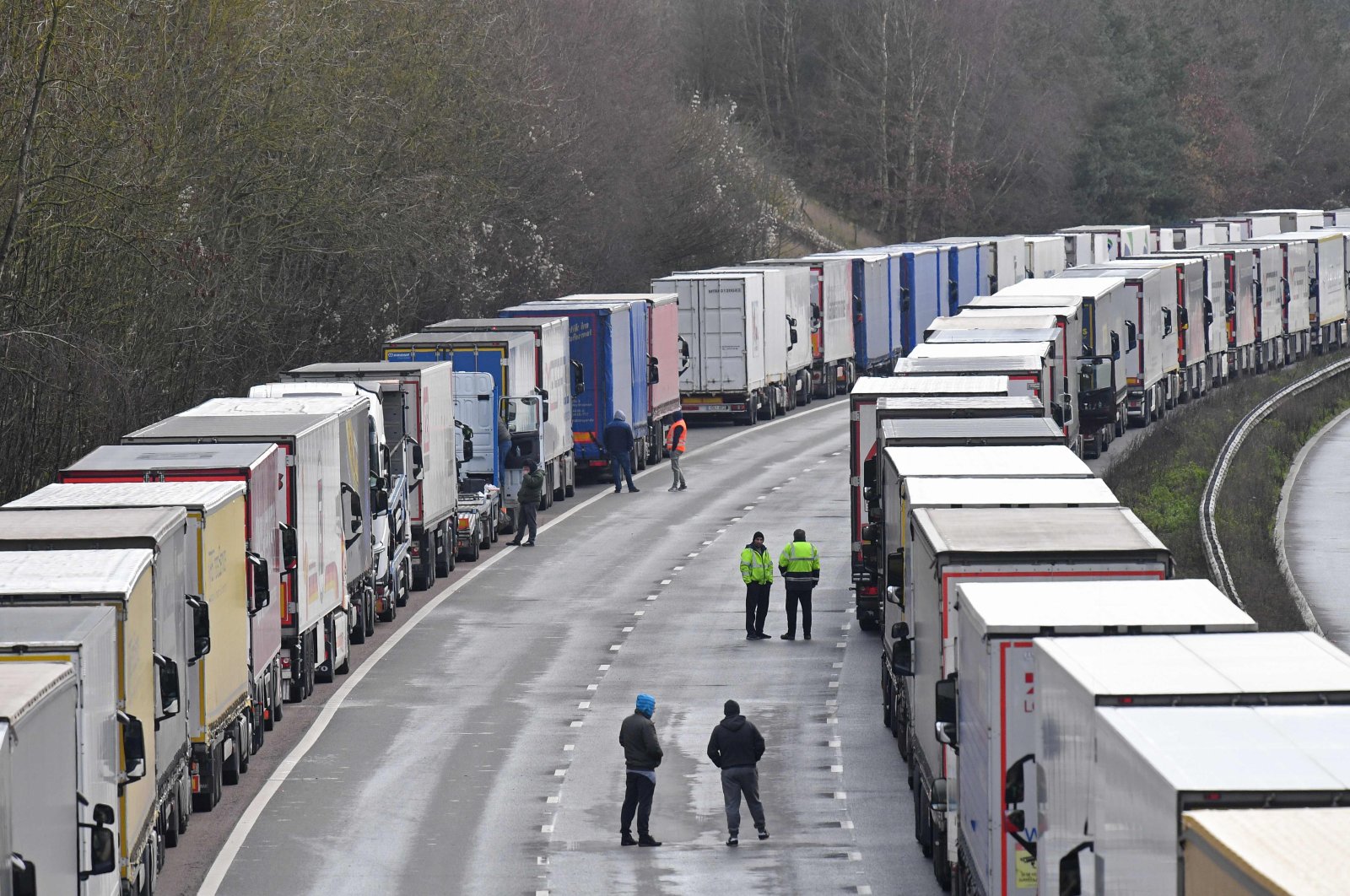 Freight lorries remain lined up on the M20 motorway, southbound, leading to the Port of Dover at Mersham in southeast England, Dec. 24, 2020, as rail and sea links between the U.K. and France are to remain open over Christmas to clear the backlog of thousands of trucks stranded by a new strain of the coronavirus. (AFP Photo)
by REUTERS Dec 24, 2020 3:35 pm

Thousands of trucks were still stuck at a former airport near Dover, Europe's busiest truck port on Wednesday, Dec. 24, despite traffic starting to flow again across the Channel between Britain and France.

Huge lines of trucks were parked up at Manston, 20 miles away from Dover, in the southeast county of Kent, with a "help" sign made from traffic cones visible from the air.

France and many other countries halted passenger traffic from Britain because of an outbreak of a new variant of the COVID-19 virus identified by British authorities.

London and Paris negotiated a deal to allow certain categories of people to travel from Britain to France.

Thousands of trucks are waiting to cross the Channel with all drivers now required to test negative for COVID-19 before being allowed to proceed.

Britain's transport minister, Grant Schapps, warned it could take days to clear the backlog of freight waiting to cross to France, the BBC reported.

Shapps said the U.K.-French border would remain open over Christmas in a bid to clear the backlog of trucks, the BBC added.