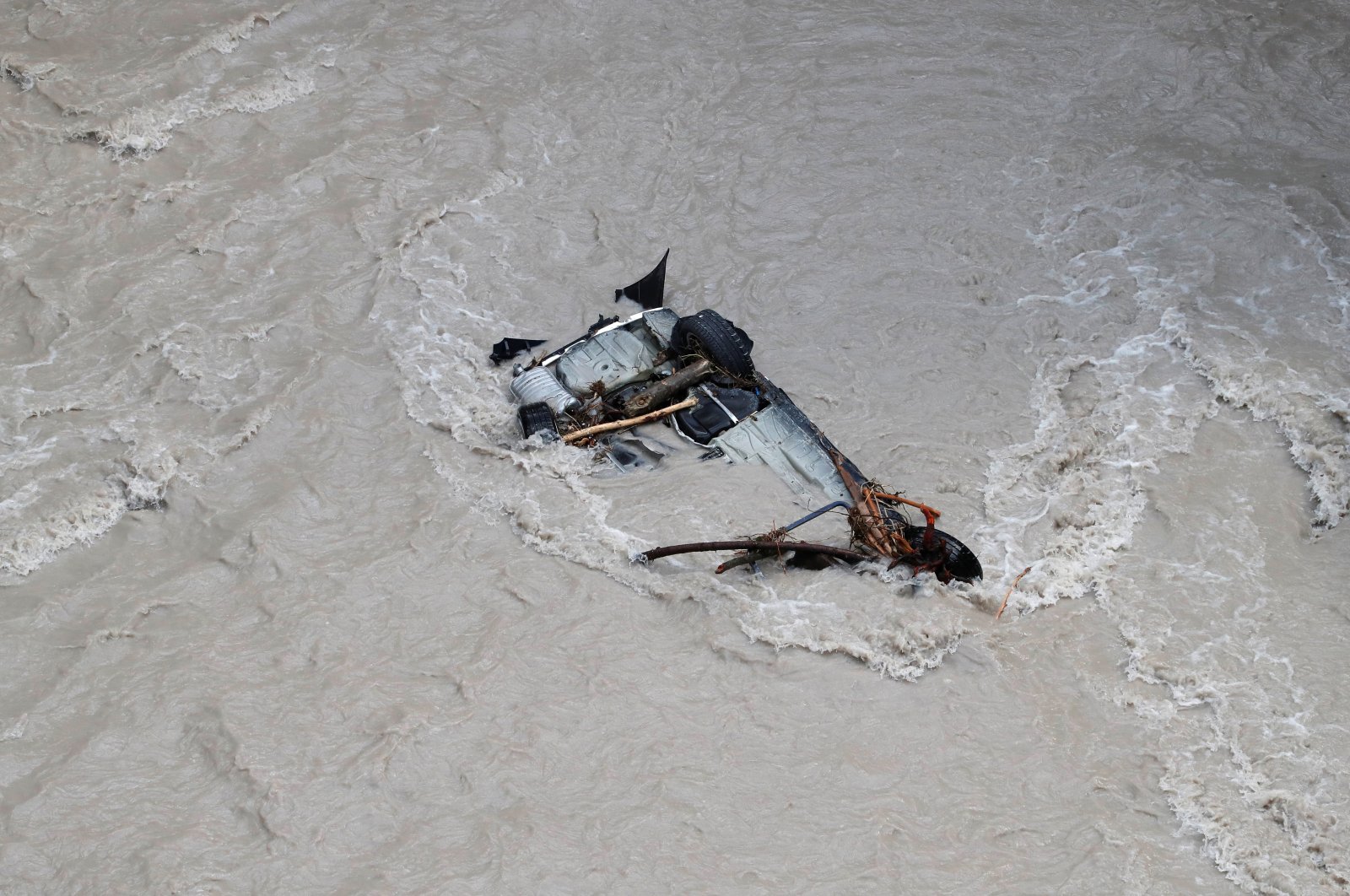 Rescue workers evacuated hundreds of people Monday from villages hammered by flash flooding in southeast France over the weekend, with the death toll expected to rise as searches continue for survivors.

Two people died after storms dumped huge amounts of rain that turned streams into churning torrents that swept away cars, houses and bridges in the French Alps north of Nice.

But the authorities said eight people had disappeared, in many cases after witnesses reported seeing them carried away by the floodwaters, while 13 others have not been heard from since Friday.

Meteorologist Luca Mercalli told the Fatto Quotidiano daily Monday that in Limone Piemonte and the Roya Valley "some 600 millimeters of rain fell in fewer than 24 hours – half the annual average rainfall in just one day."

"I've lost everything. My house, 25 meters long (80 feet), was engulfed by the Vesubie river," said Alain Brucy, 63, as trucks carrying water, baby food, toilet paper and other essentials arrived in Roquebilliere, a French village near the Italian border.

"The priority is to evacuate those who want to leave this war zone they've been living in for the past two days," the government's top regional official, Bernard Gonzalez, told Agence France-Presse (AFP), saying some areas looked as if they had been "bombarded."

Around 400 people have been evacuated by helicopter so far, he said.

Gonzalez also said four bodies found on a beach in Liguria, Italy, on Sunday most likely came from cemeteries swept away when rivers overran their banks.

"These are not recent deaths ... but old corpses," he said.

Officials have declared the region a natural disaster zone, and President Emmanuel Macron is expected to tour the area this week.

Electricity and phone service remains down across much of the region, and officials have closed off access to hikers and climbers so that mountain rescue teams can focus on the search for victims.

In the hard-hit Roya valley, several villages remained completely cut off after roads collapsed or were torn up by the floods, or were blocked by fallen trees or rocks and other debris.

Scores of tractors have been deployed to help the villages dig out, including several brought in by French army regiments.

"They've been at it since this morning, and they're doing what they can but you see that ladder over there – that's where the bridge was washed away," said Josiane Osanga, 78, in the village of Breil-sur-Roya.

Nearby, residents used a bow and arrow to construct a makeshift zipline for sending over medicine and other items to houses trapped on the far side of the river.

Emergency generators are also being deployed "so we can end this isolation that is very difficult to bear and that makes it much harder to organize the necessary help," said Philippe Pradal, president of the Nice metropolitan area.

"In Fontan, they found a generator and everyone is sharing their food" until new supplies can be brought in, said Alexandra Valetta-Ardisson, a local lawmaker.