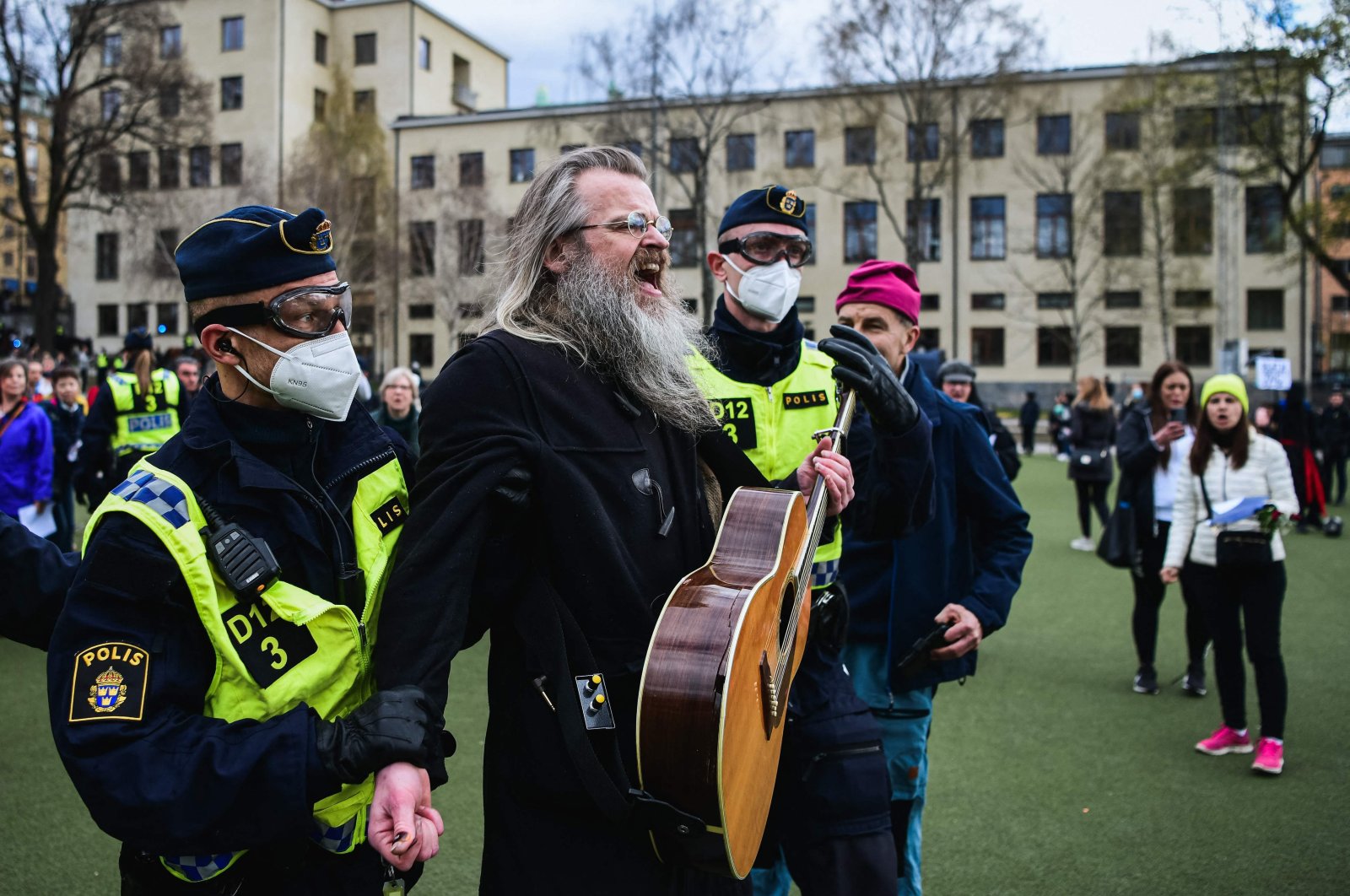 Police officers remove people as they gather to protest against the country's COVID-19 restrictions in central Stockholm, Sweden, May 1, 2021. (AFP Photo)
by French Press Agency - AFP May 01, 2021 10:06 pm

The capitals of Finland and Sweden hosted a march of hundreds of people in protest over their governments' measures to limit the spread of COVID-19.

A protest in Helsinki that drew around 300 participants resulted in about 50 arrests, Finnish police tweeted.

Organizers of the event in the center of the capital announced there would be only six participants, the current limit on public gatherings due to the pandemic.

Those arrested for failing to obey police orders were fined, and the crowd was otherwise dispersed by police without major incident.

Finland has one of Europe's lowest infection rates, though a rise in cases in mid-February led to new restrictions, such as restaurant closures.

In Stockholm between 500 and 600 people marched with banners demanding "freedom and truth," in an event that lasted more than two hours despite police attempts to disperse the crowd.

Unlike other European countries, Sweden opted for months not to impose strict measures on its population at the start of the pandemic, issuing guidance in the form of recommendations instead.

In November, however, facing a significant second wave of infections, Sweden capped public gatherings at eight participants and forced cafes, bars and restaurants to close at 8:30 p.m.