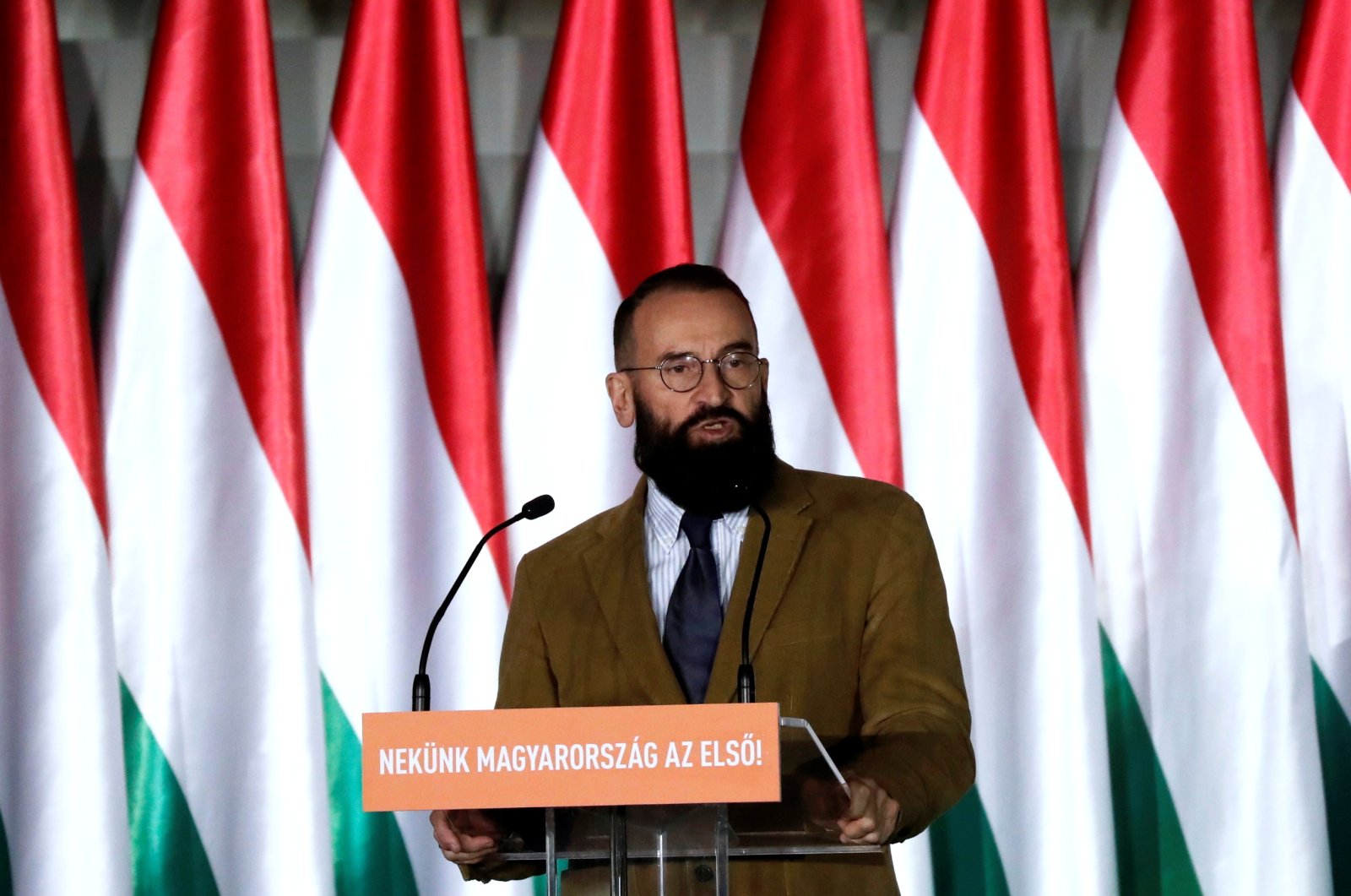 Jozsef Szajer, a senior member of the ruling Fidesz party delivers his speech during the party's campaign ahead of the European Parliament elections in Budapest, Hungary, April 5, 2019. (Reuters Photo)
by REUTERS Dec 02, 2020 10:30 pm
RECOMMENDED

Orban told the Magyar Nemzet newspaper that Szajer's actions were "indefensible" and went against the values of Fidesz's political group, which portrays itself as a champion of traditional Christian values and families.

Szajer is a founding member of Orban's Fidesz and has been an ally of Orban for more than 30 years.

In Brussels as a European deputy, he was Fidesz's leading force in the European parliament, and he had an instrumental role in rewriting Hungary's constitution after Orban won elections in 2010.

"The actions of our fellow deputy, Jozsef Szajer, are incompatible with the values of our political family," the newspaper cited Orban as saying.

"We will not forget nor repudiate his 30 years of work, but his deed is unacceptable and indefensible. Following this, he took the only appropriate decision when he apologised and resigned from his position as member of the European Parliament and left Fidesz," Orban added.

Szajer resigned as European deputy on Sunday, citing unspecified moral reasons, and in a statement on Tuesday he apologized for any wrongdoing. He also said he regretted having broken Belgian lockdown rules.

Belgian police detained about 20 people at the house party in Brussels and said Szajer had narcotics on him. Szajer denied taking drugs and said he had offered to take a drugs test at the scene but police did not carry one out.

Political analysts said the incident could have political implications for Orban, whose conservative government has long campaigned on Christian family values and stepped up its anti-LBGT rhetoric.

This comes at a sensitive time for Orban, who is in a dispute with Brussels over rule of law criteria tied to the EU budget.