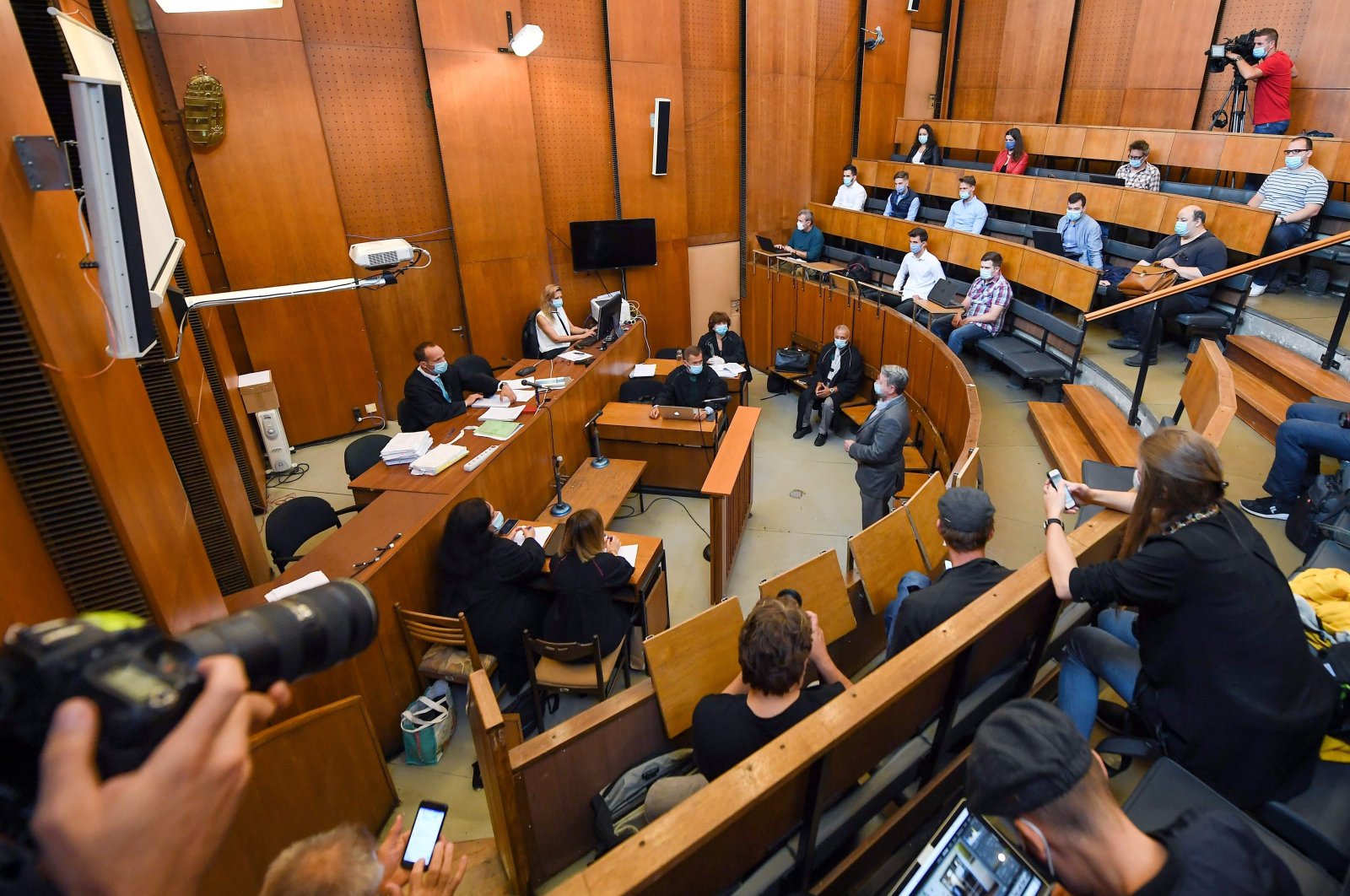 Hungarian former member of the European Parliament Bela Kovacs awaits the verdict in the courtroom for a hearing in his trial for spying on the EU for Russia and for fraud against EU institutions at Budapest Regional Court on Sept. 24, 2020. (AFP Photo)
by French Press Agency - AFP Sep 24, 2020 3:26 pm
RECOMMENDED

A Budapest court on Thursday acquitted a former Hungarian opposition politician of spying on the European Union for Russia while he was a member of the European Parliament but found him guilty of lesser charges.

The charges, filed in 2017 against the nationalist Jobbik party member Bela Kovacs, included "spying against EU institutions" and "engaging in espionage in the interests of a foreign state" between 2012 and 2014.

Although Russia was not explicitly named on the charge sheet, prosecutors said Kovacs – a frequent visitor to Moscow and son of a Russian – regularly met covertly with a Russian diplomat believed to be a secret service agent.

Prosecutors had sought a seven-year jail term, while the defense called for his acquittal due to a lack of evidence.

The judge said Kovacs had been in contact with the Russian secret services, but only passed on information already in the public domain.

While acquitted of spying, Kovacs was handed a one-and-a-half-year jail term and was suspended for three years after he and three former interns from his office were found guilty of fiscal fraud and the falsification of documents.

He had been accused of signing "fictitious" internship contracts leading to substantial financial losses for institutions of the European Parliament.

The 60-year-old can appeal the verdict.

An MEP between 2010 and 2019, Kovacs was accused of passing on information about energy issues including Hungary's only nuclear plant, European Parliament elections and Hungarian domestic politics.

The politician consistently denied the allegations, which were first made by the Hungarian authorities prior to the EP elections in 2014.

"I am innocent of all the charges, have always worked in the interests of the Hungarian people, never for any foreign power," Kovacs told the court before the verdict.

He said he was "the victim of political attacks" and accused Prime Minister Viktor Orban's right-wing party Fidesz of "using" him to attack Jobbik.

Dubbed in the local press as "KGBela" referring to his alleged ties to Russian secret services, Kovacs quit his membership of the nationalist party soon after the charges were raised.