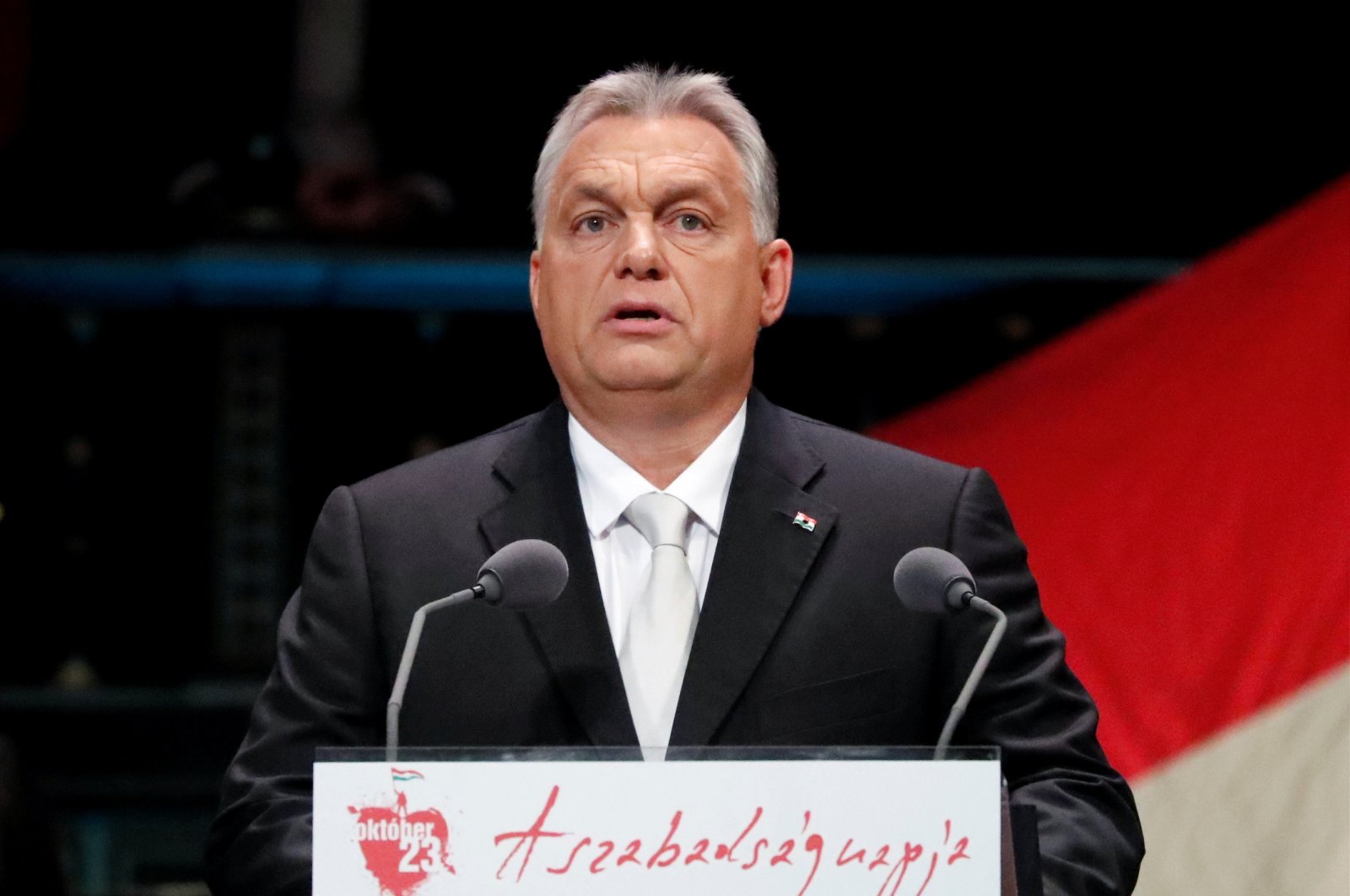 Hungarian Prime Minister Viktor Orban delivers a speech in the Liszt Ferenc Academy of Music during the celebrations of the 63rd anniversary of the Hungarian Uprising of 1956, in Budapest, Hungary, October 23, 2019. (Reuters Photo)
by REUTERS Aug 14, 2020 5:25 pm
RECOMMENDED

Hungary's six main opposition parties will form an alliance for the 2022 election and, if they manage to unseat premier Viktor Orban, aim to govern in a coalition, they have said in a joint statement.

Orban, who has clashed with Western allies over rule of law and his stifling of dissent, has extended his Fidesz party's influence over the course of three landslide election victories since 2010 against a weak and fragmented opposition.

In municipal elections last fall, however, opposition parties fielded joint candidates in many districts around the country and upset Fidesz in key constituencies, including for the mayor of the capital Budapest.

The new mayor of Budapest said his victory, based on a primary contest and then a joint effort by all opposition parties, was a blueprint to challenge Orban.

Recent polls indicate that about half all active voters support Orban and half want an opposition victory. That count does not include undecided voters, who represent about a third of those eligible to vote and could sway the race.

"The opposition parties have heard their voters and party chairs today began official consultations to prepare for the 2022 parliamentary election," the parties said in identical statements.

They will field joint candidates in all 106 constituencies, establish a joint program and govern together if they succeed, they said.

"This proposition is more credible than anything the opposition has put forward recently," Publicus director Andras Pulai told Reuters.

Peter Marki-Zay, an opposition mayor and leader of a group that supports unifying the opposition, said Fidesz would have lost almost half the constituencies in 2018 against a single opponent.

"This is a milestone," he said at the introduction of a joint opposition candidate for an October by-election. "We have reason to hope Fidesz will never have a super-majority again."