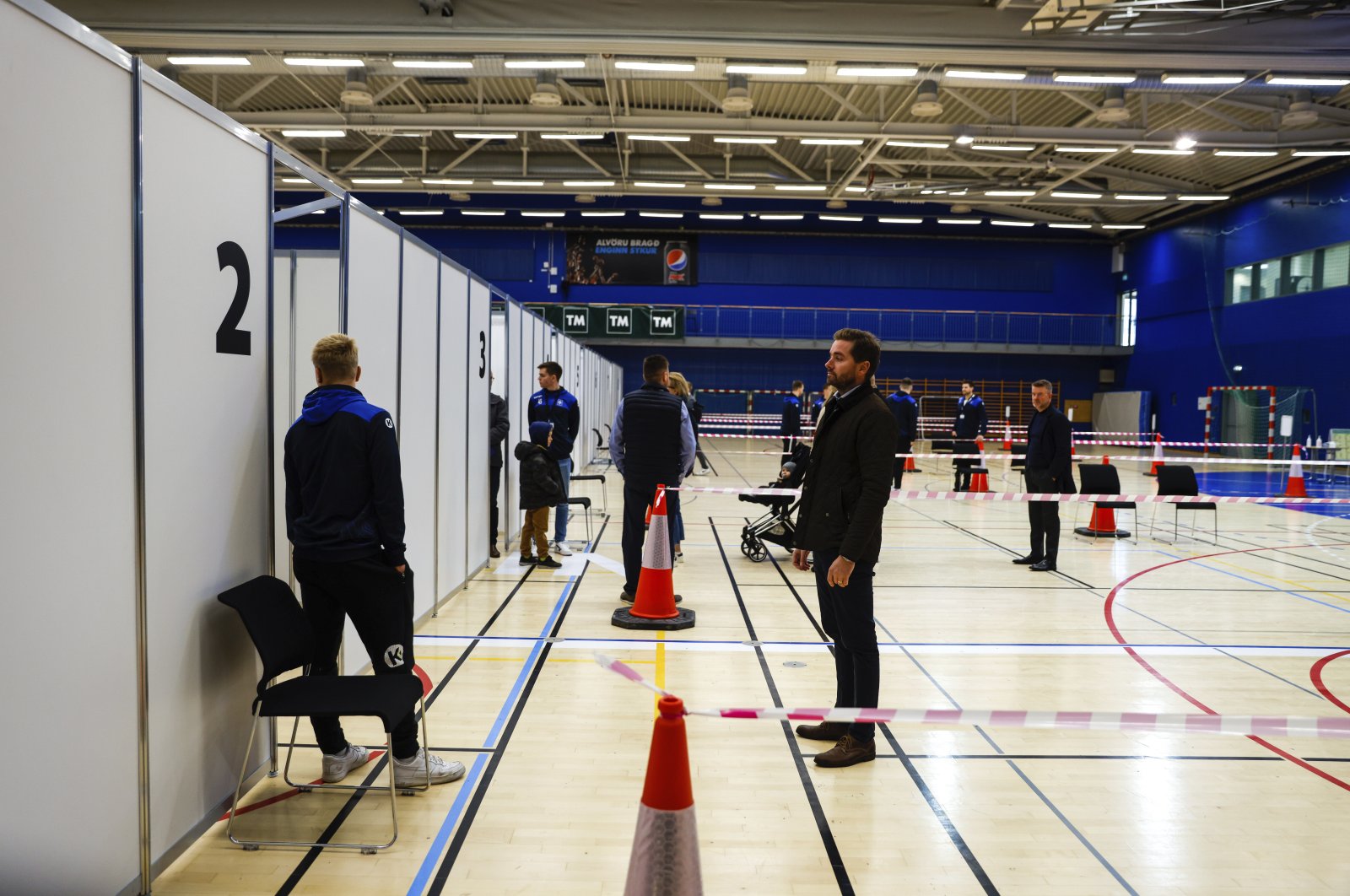 Election fever started for Icelanders Saturday as tight margins are likely to bring the end of an unprecedented left-right coalition that has brought the country stability through four years of cooperation after a decade of crises.

With the political landscape more splintered than ever, the process of forming a new coalition could be more complicated than in the past.

Prime Minister Katrin Jakobsdottir, whose Left-Green Movement had never led a government before, is seeking a second mandate; however, the large number of parties could stand in her way.

Opinion polls suggest a record nine parties out of 10 are expected to win seats in the Althing, Iceland's almost 1,100-year-old parliament.

That makes it particularly tricky to predict which parties could end up forming a coalition.

First results are expected shortly after polling stations close at 10:00 p.m. (10:00 p.m. GMT), but a clear picture is not expected to emerge until Sunday.

Jon Sigurdsson, a 47-year-old entrepreneur, was among the first to cast his ballot in the capital Reykjavik.

"There are a lot of parties threatening to raise taxes and I think that is not the right thing to do. Enough already!" he told Agence France-Presse (AFP), refusing to disclose who he voted for.

With 33 of 63 seats, the outgoing coalition is made up of the conservative Independence Party, the centre-right Progressive Party and the Left-Green Movement.

Some opinion polls suggest it will manage to secure a very narrow majority, but others say it will fail.

"Because there are so many parties, I think there will be a lot of different opportunities to form a government," Prime Minister Jakobsdottir told AFP in an interview this week.

While she is broadly popular, her party is hovering around 10 to 12% in the polls and risks losing several seats.

During her four-year term, Jakobsdottir has introduced a progressive income tax system, increased the social housing budget and extended parental leave for both parents.

But she has also had to make concessions to keep the peace in her coalition, including a promise to create a national park in central Iceland, which is home to 32 active volcano systems and 400 glaciers.

This is only the second time since 2008 that a government has made it to the end of its four-year mandate on the sprawling island.

Deep public distrust of politicians amid repeated scandals sent Icelanders to the polls five times from 2007 to 2017.

The Independence Party, which polls credit with around 20 to 24% of votes, also risks losing seats but is expected to remain the largest political party.

Its leader, Finance Minister Bjarni Benediktsson, is a former prime minister who comes from a family that has long held power on the right.

Benediktsson has survived several political scandals, including being implicated in the 2016 Panama Papers leak that revealed offshore tax havens, and is standing in his fifth election.

"I'm optimistic, I feel supported," he told a campaign rally this week, insisting his party would continue to be "the backbone of the next government."

But there are five other parties all hot on his heels, credited with 10 to 15% of votes.

They are the Left-Green Movement, the Progressive Party, the Social Democratic Alliance, the libertarian Pirate Party and the centre-right Reform Party. A new Socialist Party is also expected to put in a strong showing.

"There is not a clear alternative to this government. If it falls and they can't continue, then it's just a free-for-all to create a new coalition," political scientist Eirikur Bergmann said.

"It is challenging for the politicians, but I think for democracy it is better to have everyone at the table," Thorsteinn Thorvaldsson, a 54-year-old voter, told AFP on the eve of the election.