Icy roads lead to hundreds of traffic accidents in Germany 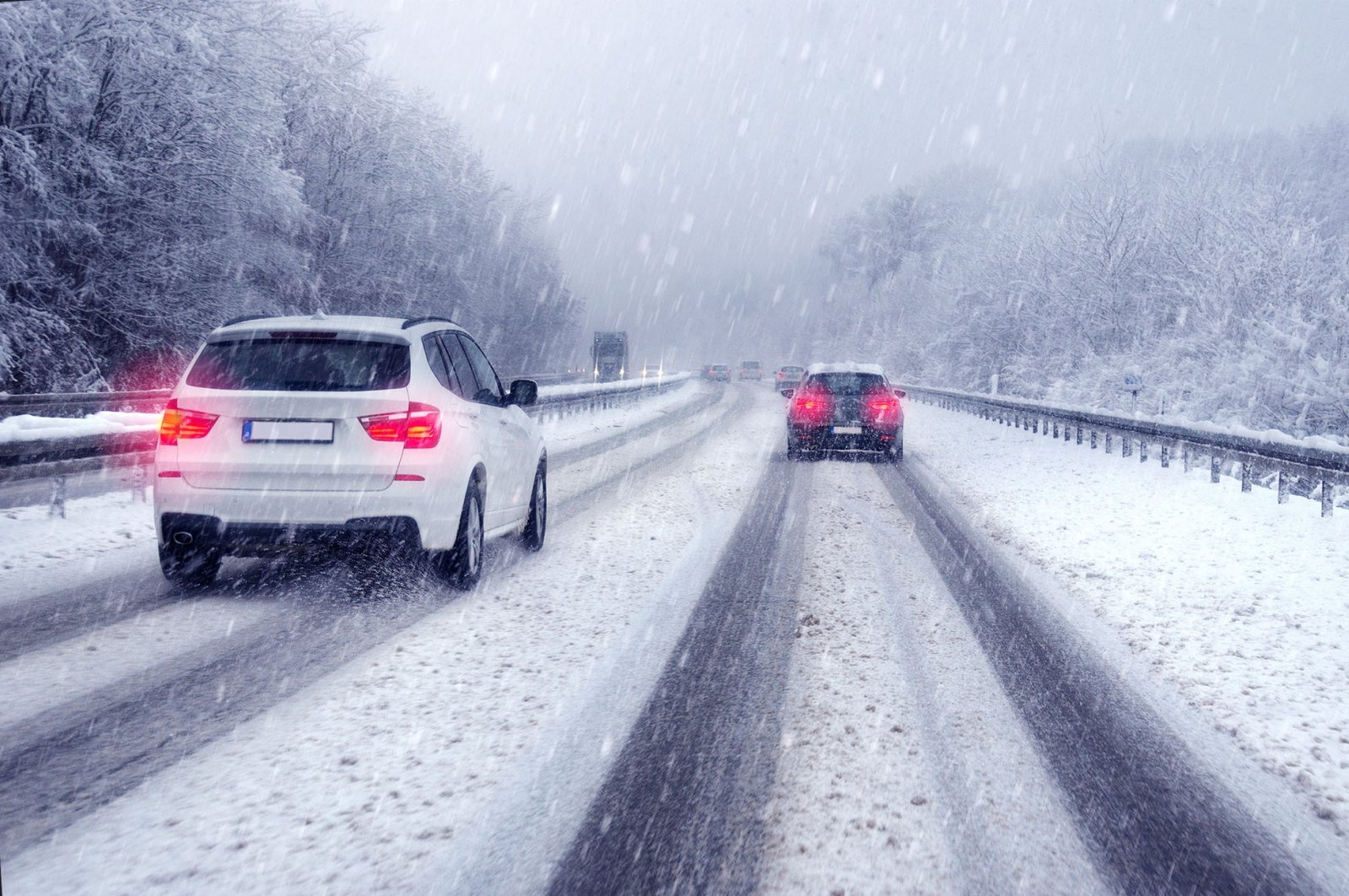 An SUV drives on a German highway amid snowfall. (Shutterstock Photo)
by Daily Sabah with DPA Dec 24, 2021 11:02 am
RECOMMENDED

Slippery roads amid wintry conditions in parts of Germany have led to hundreds of road accidents and at least two deaths, police told the Deutsche Presse-Agentur (dpa) early Friday.

Many more people sustained injuries. But in a majority of the cases, people got away with a shock and sheet metal damage.

A 19-year-old motorist died in a collision between two cars in the Lake District in the northeastern state of Mecklenburg. The driver of the other car was seriously injured. The cause of the crash near Reinberg has not been determined.

In another serious traffic accident in the Lower Saxony district of Stade, a 15-year-old died on Thursday afternoon.

Her father, who was driving the car, lost control of the vehicle carrying five people due to the slippery road surface. The driver, his two children aged 4 and 8 and a 15-year-old boy were taken to area hospitals. Some of them had suffered serious injuries, police said.

At least 190 traffic accidents were recorded amid snowy conditions Thursday in Schlewsig Holstein, which borders Denmark.

Further south in Bavaria, it was also slippery. On the Autobahn 6 near Amberg, a total of 20 cars were involved in nine accidents over a section of about one kilometer. Six people were slightly injured and taken to hospitals. Authorities temporarily shut down the A6.

Meanwhile in nearby Regensburg, a bus drove into parked cars.

Around 45 traffic accidents were also recorded in Lower Bavaria. One person suffered moderate injuries, according to police. Three streets were closed because they were not passable due to the slippery ice.

Despite recent casualties of wintry roads, Germany has seen a huge drop in traffic fatalities in recent years, with 2021 expected to hit a record low amid the COVID-19 pandemic and frequent lockdowns.

According to the Federal Statistical Office (Destatis), the number of people who died in German traffic will reach 2,450 in 2021, which is “the lowest level since records began more than 65 years ago.” Destatis cited the available data from January to September 2021. Last year Germany recorded some 2,719 traffic deaths.

“The declines (in the two previous years) are largely due to the significantly lower traffic volume compared to 2019 as a result of the pandemic,” Destatis said.

Germany also saw a sharp drop in accidents. More than 2 million accidents were recorded in 2021, a decrease of around 8% compared to 2020.

However, the numbers still mean that on average almost seven deaths and over 800 injuries are recorded by the police and other emergency services every day on German roads.

Some experts stressed that these numbers do not mean that driving is safer. The head of the accident research arm of the General Association of the German Insurance Industry (GDV), Siegfried Brockmann, denounced the fact that the new German government did not even address road safety in its coalition agreement.

A number of experts have argued in favor of limiting the speed on the German autobahn to improve safety and environmental protection – a policy advocated by the Greens – but pressure from the FDP left the issue outside of coalition agreement.

Brockmann suggested that the extent to which motorway speed limits improve safety should at least be scientifically examined. He also noted that the coalition has not yet discussed the implications of legalizing recreational cannabis for the transport sector in Germany.