In Vienna 30,000 rally against COVID-19 measures in eve of lockdown 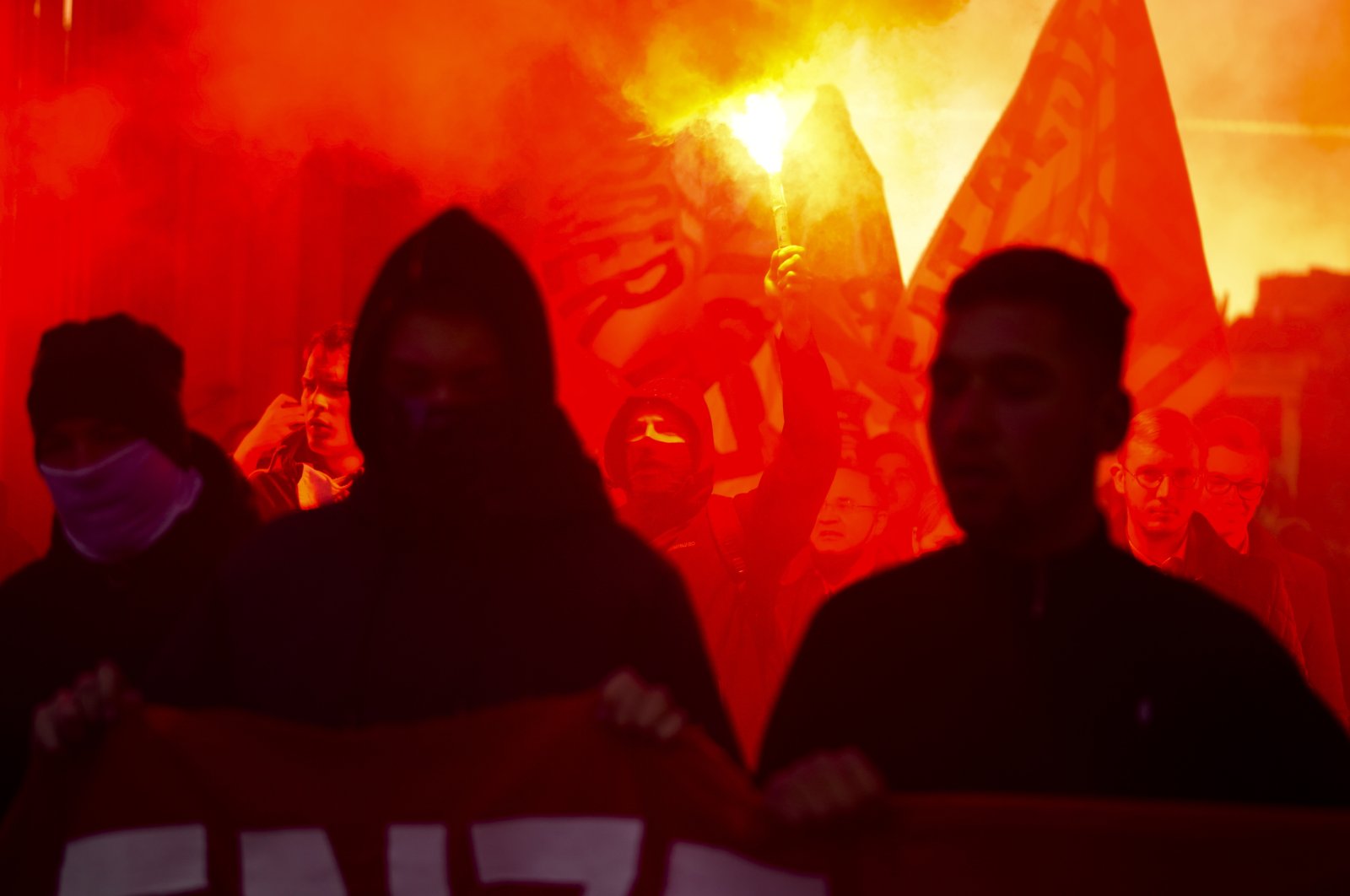 Some 30,000 demonstrators took to the streets in Vienna on Saturday in protests against the Austrian government's new coronavirus restrictions as the latest measures mean a nationwide lockdown beginning on Monday and compulsory vaccinations beginning next year, in order to contain the country's skyrocketing coronavirus infections.

The far-right opposition Freedom Party was among those who have called for the protest and vowed to combat the new restrictions.

Demonstrations against virus measures were also expected in other European countries including Switzerland, Croatia and Italy. On Friday night, Dutch police opened fire on protesters and seven people were injured in rioting that erupted in Rotterdam around a demonstration against COVID-19 restrictions.

The Austrian lockdown will start early Monday. Initially, it will last for 10 days and then it will be reevaluated. At most it will last for 20 days, officials said. Most stores will close and cultural events will be canceled. People will be able to leave their homes only for certain specific reasons, including buying groceries, going to the doctor or exercising.

As the march kicked off on Vienna’s Heldenplatz, thousands of protesters gathered on the massive square. About 1,300 police officers were on duty. They used loudspeakers to tell protesters masks were required, but most didn’t wear them.

Some wore doctor’s scrubs; others donned tinfoil hats. Most of the signs focused on the newly announced vaccine mandate: "My Body, My Choice,” read one. "We’re Standing Up for Our Kids!” said another.

Freedom Party leader Herbert Kickl, who announced earlier this week that he had tested positive for COVID-19 and had to stay in isolation at home, made an appearance via video. He denounced what he called "totalitarian” measures from a government "that believes it should think and decide for us.”

Vaccinations in Austria have plateaued at one of the lowest rates in Western Europe and hospitals in heavily hit states have warned that their intensive care units are reaching capacity. Average daily deaths have tripled in recent weeks.

Not quite 66% of Austria’s 8.9 million people are fully vaccinated.

Schallenberg apologized to all vaccinated people on Friday night, saying it wasn't fair they had to suffer under the renewed lockdown restrictions when they had done everything to help contain the virus.

"I’m sorry to take this drastic step,” he said on public broadcaster ORF.

A day after the Rotterdam rioting, thousands of people gathered on Amsterdam’s central Dam Square to protest the government’s coronavirus restrictions, despite organizers calling off the protest in the aftermath of events in Rotterdam. The protesters left the central square and walked peacefully through the city’s streets, closely monitored by police.

"We certainly don’t support what happened in Rotterdam. We were shocked by it,” he told NOS.

In France, Interior Minister Gerald Darmanin on Saturday condemned violent protests in the Caribbean island of Guadeloupe, one of France’s overseas territories, over COVID-19 restrictions. Darmanin said 29 people had been detained by police overnight. Authorities announced they are sending 200 additional police officers to the island and on Tuesday will impose a nightly curfew from 6 p.m. to 5 a.m.

Protesters in Guadeloupe have staged road blockades and set street equipment and cars on fire. They denounce the COVID-19 health pass that is now required to access restaurants and cafes, cultural venues, sport arenas and long-distance travel. They are also protesting France's mandatory vaccinations for health care workers.

The pass shows that people are fully vaccinated, have had a recent negative test or proof of a recent COVID-19 recovery.