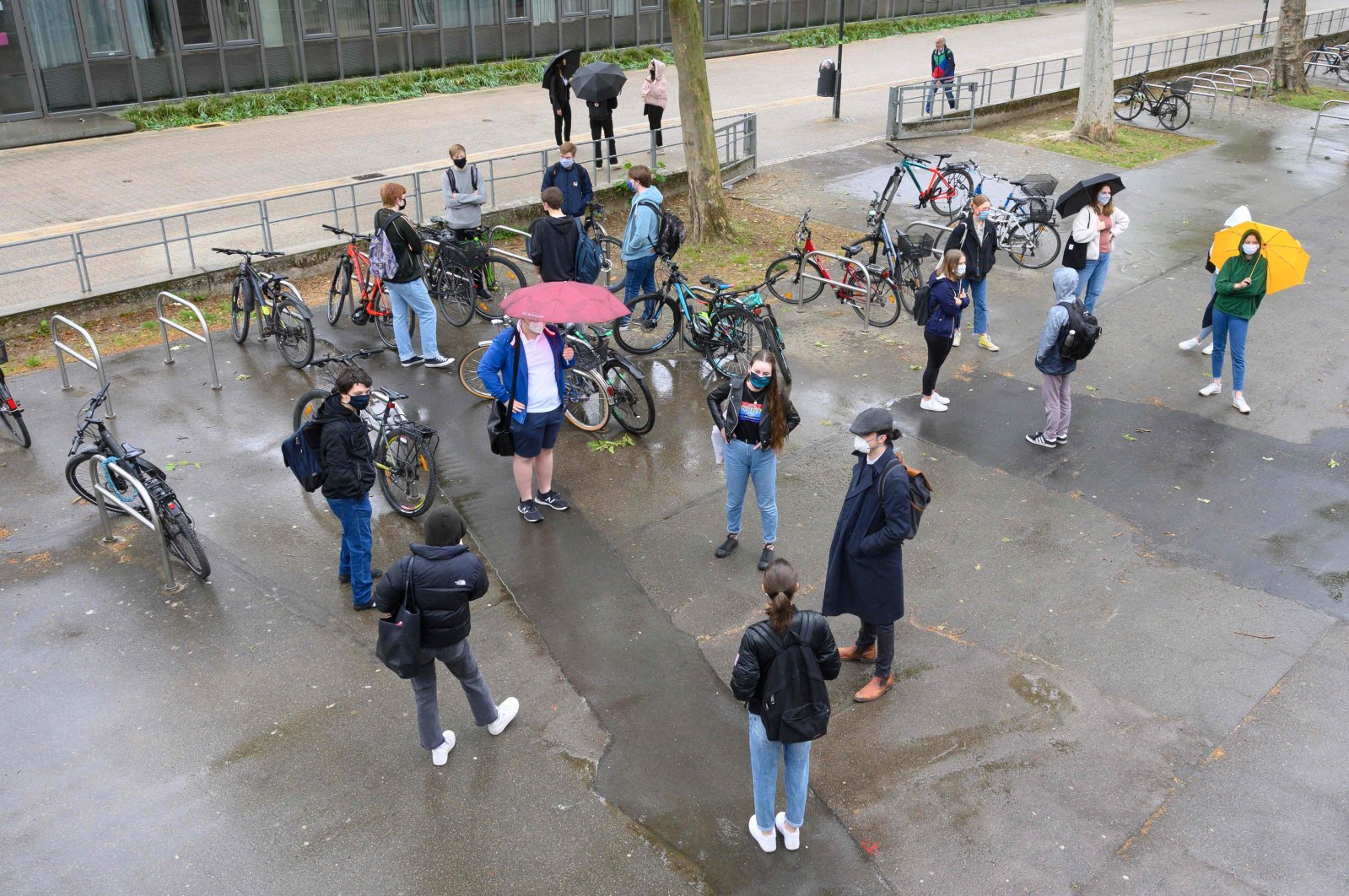 Students wearing face masks keep their distance as they talk to each other during a break at the Friedrich-Schiller-Gymnasium, Ludwigsburg, May 4, 2020. (AFP Photo)
by REUTERS May 04, 2020 3:33 pm
RECOMMENDED

More than 10 times as many people in Germany have likely been infected with the coronavirus than the number of confirmed cases, researchers from the University of Bonn have concluded from a field trial in one of the worst-hit towns.

The preliminary study results, which have yet to be peer-reviewed for publication in a scientific journal, serve as a reminder of the dangers of infection by unidentified carriers of the virus, some of whom show no symptoms, the researchers said.

About 1.8 million people living in Germany must have been infected, more than 10 times the number of about 160,000 confirmed cases so far, the team led by medical researchers Hendrik Streeck and Gunther Hartmann concluded.

"The results can help to further improve the models to calculate how the virus spreads. So far the underlying data has been relatively weak," Hartmann said in a statement.

The team analyzed blood and nasal swabs from a random sample of 919 people living in a town in the municipality of Heinsberg on the Dutch border, which had among the highest death tolls in Germany.

To arrive at their estimate, the researchers put the town's number of known deaths from COVID-19 relative to the larger estimate of local people with a prior infection, as indicated by antibody blood test readings, and applied the rate of 0.37% to country-wide deaths.

They also found that about one in five of those infected showed no symptoms.