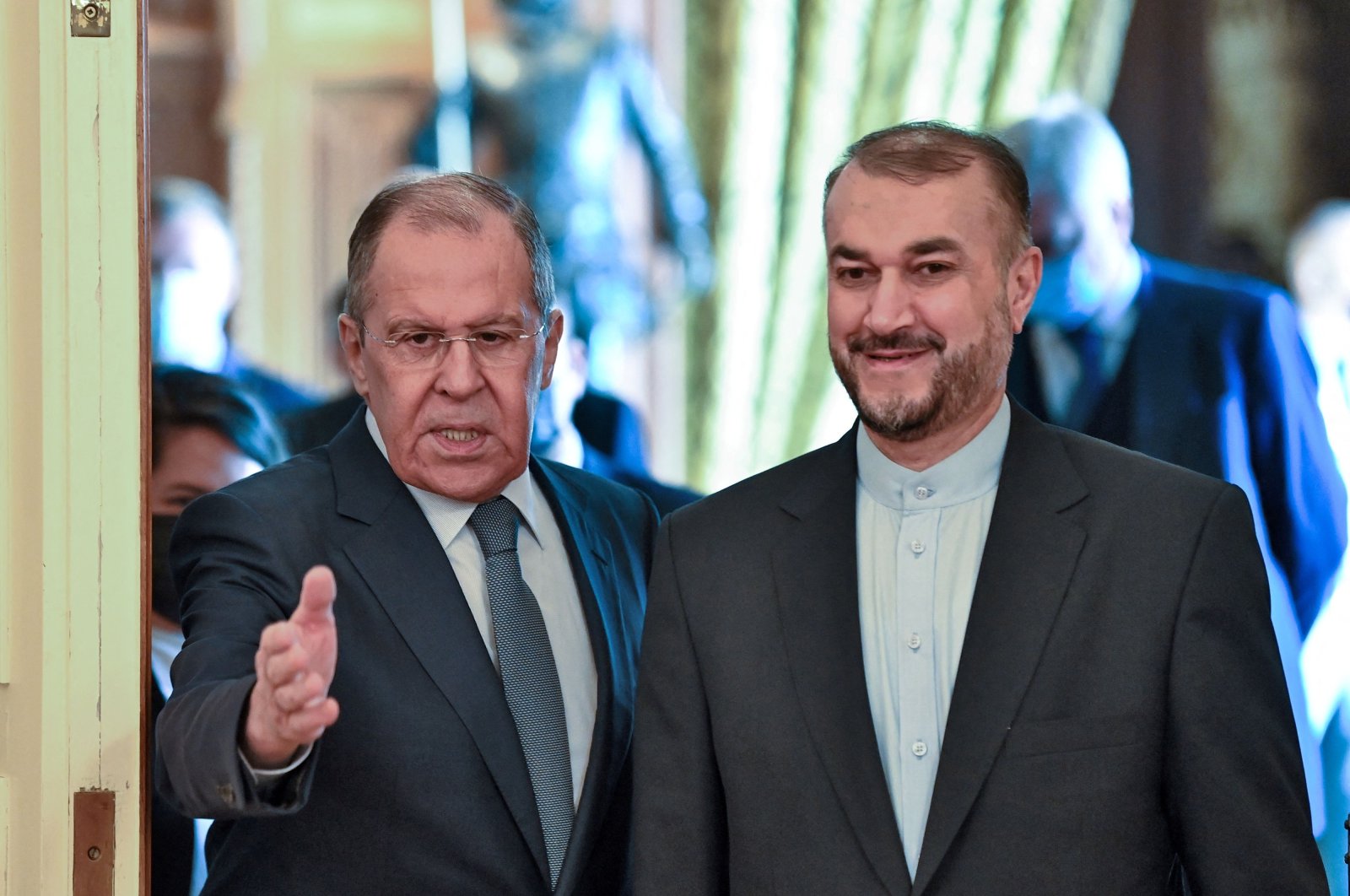 Iran's Foreign Minister Hossein Amirabdollahian said in Moscow on Wednesday that he expects negotiations on the Iran nuclear deal to restart in Austria soon.

"We are now finalizing consultations on this matter and will soon restore our negotiations in Vienna," he told reporters after talks with Russian Foreign Minister Sergey Lavrov.

The 2015 nuclear deal gave Iran sanctions relief in return for tight controls on its nuclear program. In 2018, then-U.S. President Donald Trump withdrew from the multilateral accord and began reimposing sanctions. Tehran has gradually rolled back its nuclear commitments since 2019.

U.S. President Joe Biden reversed Trump's decision to pull the United States from international negotiations on curbing Iran's nuclear ambitions. But talks in Vienna to revive the deal have been at an impasse since June, when Iran's new President Ebrahim Raisi was elected.

Lavrov said Wednesday that the negotiations "should be resumed as soon as possible," and called on the United States to return to its obligation under the accord. Russia's foreign minister said that the international community was waiting for the United States to "return to legal obligations of the nuclear deal" and end "illegal restrictions on Iran and all of its trading partners."

A statement from the Russian Foreign Ministry on Wednesday said that Lavrov had discussed reviving the nuclear deal with U.S. Secretary of State Antony Blinken earlier.

During a joint press conference, Russia and Iran also called on the authorities in Afghanistan to make efforts to fight terrorism.

"Afghanistan must stop being a source of regional and global instability. We call on the new Afghan authorities to uncompromisingly fight terrorist groups, as well as illegal drug and arms trafficking," Lavrov said, adding that the parties discussed the prospects for regional and international cooperation to assist in the post-conflict reconstruction of Afghanistan.

"The Russian Federation and the Islamic Republic of Iran have relevant initiatives on this matter. Today we talked about how to optimally coordinate efforts to implement them," Lavrov added.