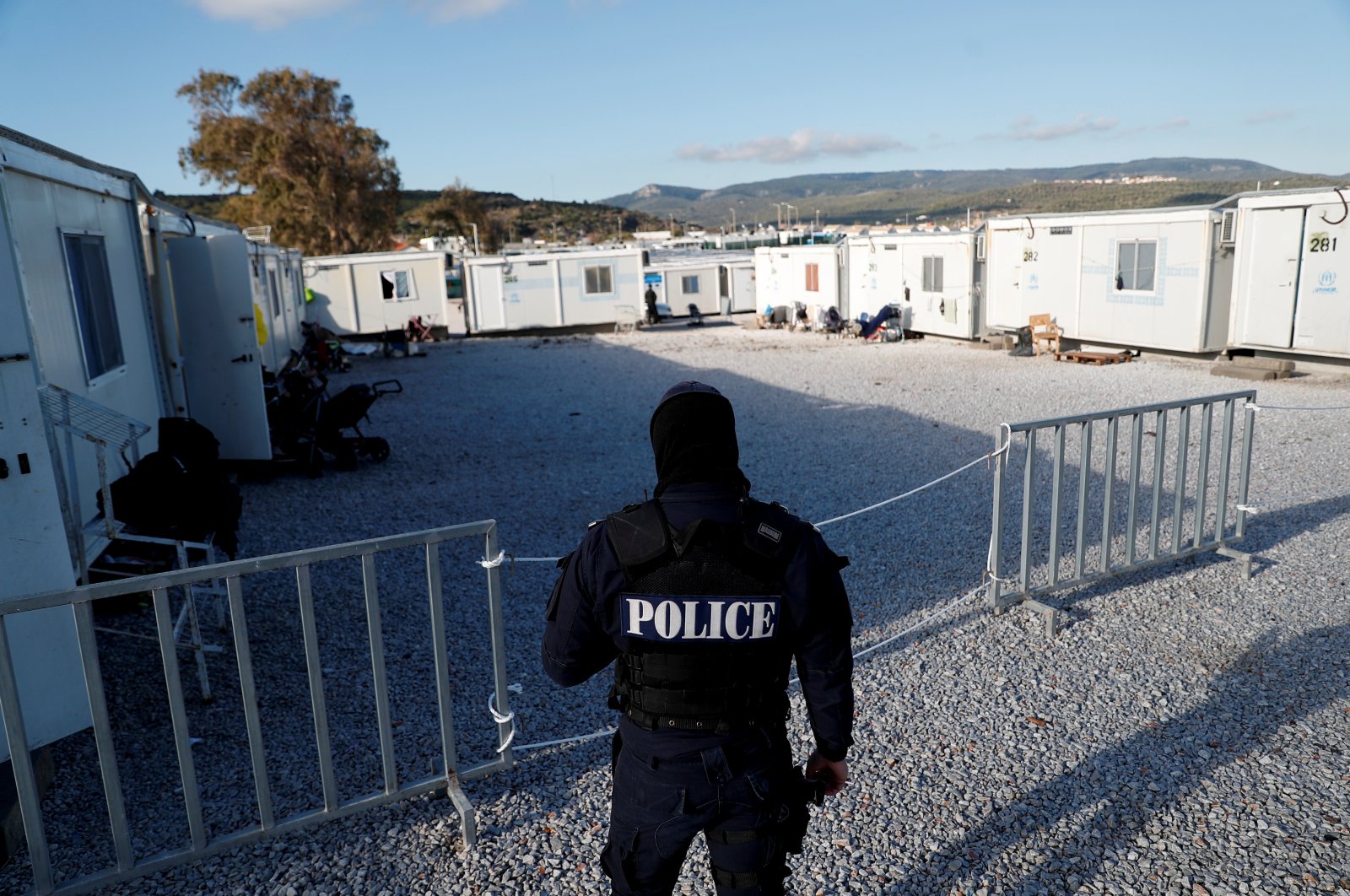 A police officer stands guard at the Mavrovouni camp for refugees and migrants, before the visit of Pope Francis, on the island of Lesbos, Greece, Dec. 5, 2021. (REUTERS Photo)
by Daily Sabah with AFP Dec 24, 2021 12:06 am

A 40-year-old Daesh suspect who arrived from Syria was arrested in Greece, police said Thursday.

A police official told Agence France-Presse (AFP) that he will appear before a prosecutor on Friday.

Initially arrested on Dec. 7 on charges of facilitating the entry and exit of foreigners into and out of Greece, he was released conditionally, according to a statement by the Greek police.

He was re-arrested after an investigation by intelligence and counterterrorism authorities uncovered video footage suggesting that he is a member of Daesh, the police official said.

Greece's national intelligence service and the police counterterrorism department have stepped up controls across the country following terrorist attacks in Europe in recent years.