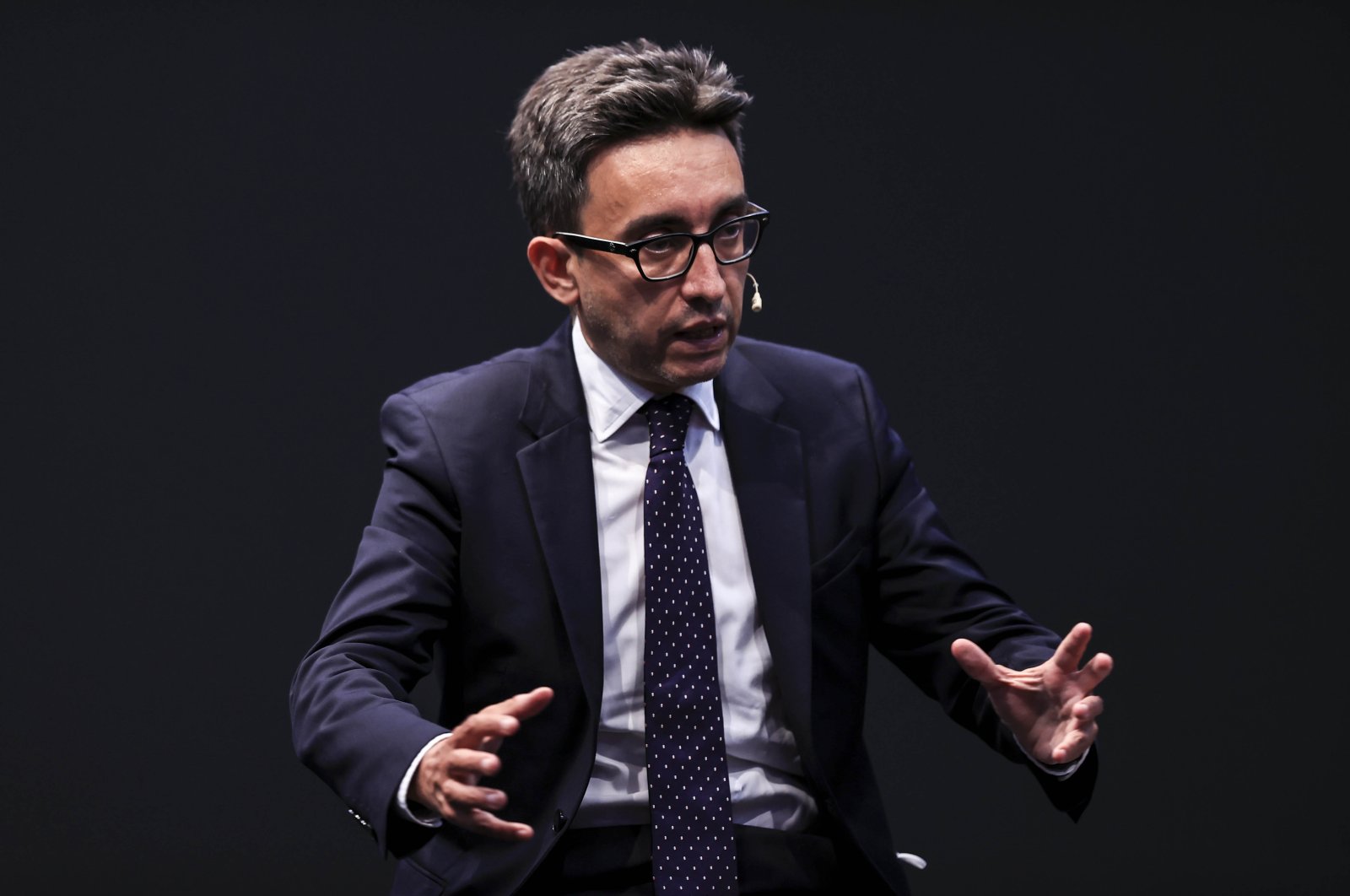 The religion of Islam is part of European history and culture, and not something from outside, a former Portuguese minister said Sunday.

“The glorious history in Europe ... I hope it can be understood, and that we can move toward not just having a good relationship with Islam, but actually understand that it is part of European history and culture ... in the Balkans, Spain and other parts, and now in many European cities with large populations,” Bruno Macaes, who served as the Europe minister in the Portuguese government between 2013 and 2015, told Anadolu Agency (AA) on the sidelines of Antalya Diplomacy Forum.

“So it’s not a foreign religion, it is a part of ourselves, and can help restore some diversity, vibrancy to Europe. We need that.”

Islam, considered Europe’s fastest-growing religion, has had a presence on the continent since the eighth century. Muslims established an illustrious civilization in Spain, and later expanded toward southeastern Europe.

Many regions saw mass killings, expulsions and forced conversion of Muslims but elements of their civilization and culture such as architecture, food, music and language, have remained.

Asked about the controversial remarks of French President Emmanuel Macron on Islam, Macaes, currently, a senior adviser at Flint Global, said, “It’s not up to the politicians to decide whether religions are in crisis or not, it is to the fate of every religion.”

Last year, Macron accused French Muslims of “separatism,” and described Islam as a “religion in crisis.” He also defended blasphemous and widely offensive cartoons of the Prophet Muhammad.

About rising Islamophobia in Europe, Macaes said, “yes, it’s a big problem,” and “very concerning” since it is not limited to France, pointing to racism and hate toward minorities in countries such as Austria.

“In Austria, there was this idea of having a law against political Islam and no one knows very well what political Islam means in practice,” he said. “What worries me is that this is not limited to isolated incidents, but sometimes it comes from politicians themselves,” he explained.

As United States President Joe Biden recently paid a visit to Europe, Macaes said U.S.-European Union relations are now “much better” than during the tenure of former President Donald Trump.

“That is not a surprise,” he said, adding that they have “a very good understanding of each other.”

He added that after George Bush Sr., Biden seems to be the one “who appreciates Europe and the EU more.”

According to Macaes, former U.S. Presidents, including Barack Obama, “had doubts about Europe.”

But, he argued, Europe wants to be more “autonomous to develop capacities.”

“There are trade and technology issues to solve. There are slightly different approaches to China. So there are of course, political issues, but the spirit is very good,” he said.

On the future of Turkey-U.S. relations after the recent in-person meeting between Turkish President Recep Tayyip Erdoğan and Biden at NATO’s June 14 summit in Brussels, Macaes said it was “Surprisingly better than expected.”

“I think the first sign was the Afghanistan peace process and how Turkey was involved ... the U.S. seems to be very happy with that. Now, this meeting also went well,” he said.

“Probably, Biden understands that Turkey is important. The U.S. is in deep confrontation with both China and Russia, and Turkey is important to have on your side, or at least I think there’s this idea in Washington that America should not push Turkey closer to Russia and China.”

Commenting on the Antalya Diplomacy Forum, a gathering of political leaders, diplomats, opinion makers and academics, he said, “the geographical expansion” of the forum, from Africa and Latin America to the Middle East and Central Asia, impressed him.

“Turkey is now very open to the world, and not just to Europe, a sign of a new Turkey,” he said.