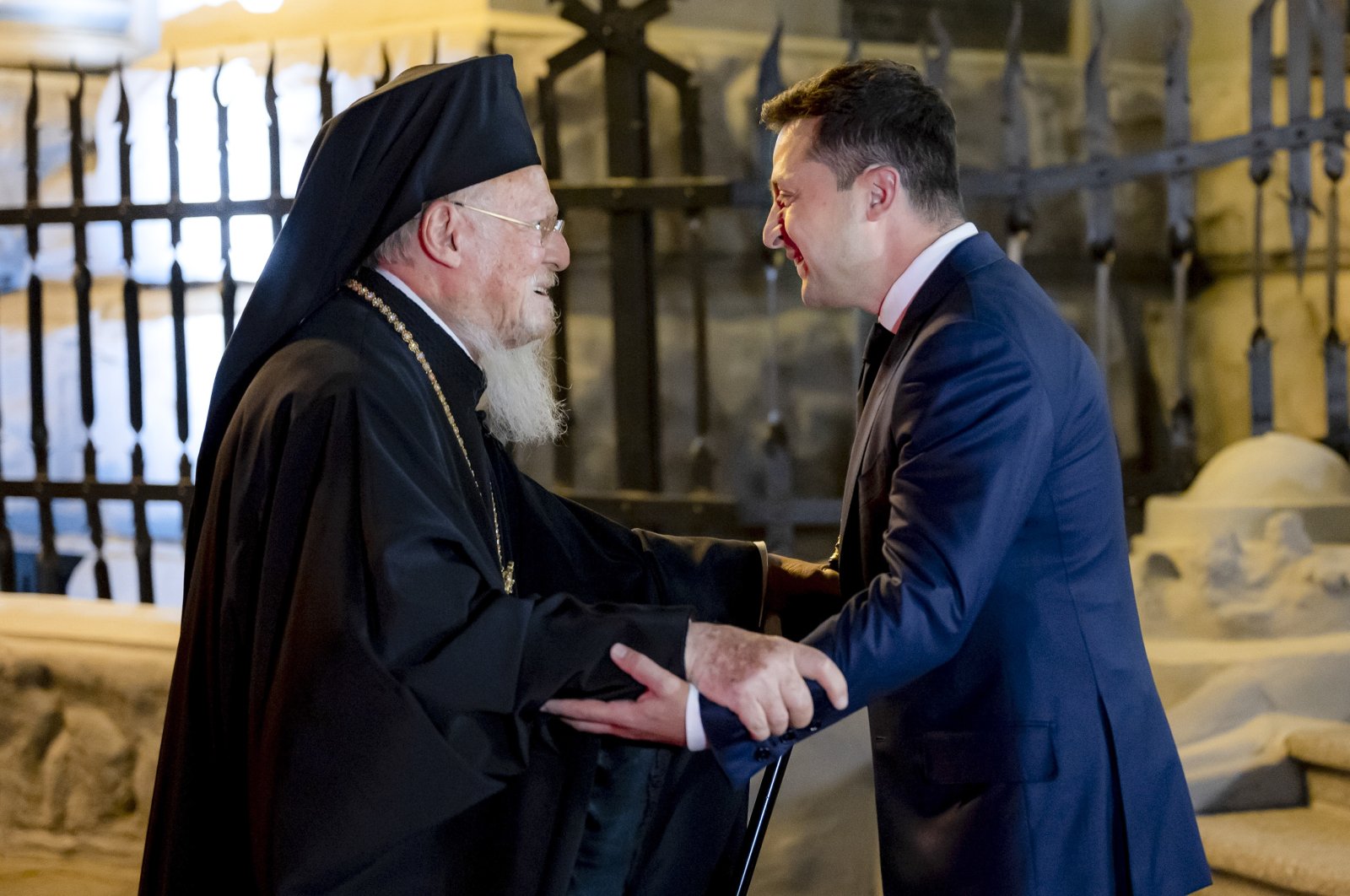 Fener Greek Orthodox Patriarch Bartholomew I arrived in Ukraine to participate in festivities celebrating the 30th anniversary of its declaration of independence.

On Saturday, Patriarch Bartholomew I and the leader of the new Orthodox Church of Ukraine, Metropolitan Epiphanius I, together conducted a liturgy in Kyiv's St. Michael's Cathedral.

The patriarch met late Friday with Ukrainian President Volodymyr Zelenskyy, who invited him to Ukraine to attend the 30th independence anniversary, which is being marked Tuesday. Ukraine declared its independence on Aug. 24, 1991, days after the collapse of a Soviet hardline coup that precipitated the breakup of the USSR.

“For me personally, for Ukraine, for all of us, it is a great honor that you joined us on such important days,” Zelenskyy told Bartholomew I during their meeting.

In January 2019, Bartholomew I, considered first among equals in Orthodox patriarchy, presented a decree of independence to the head of the nascent Orthodox Church of Ukraine, severing its centurieslong ties with the Russian Orthodox Church.

The move was hailed by many Ukrainians, who had resented the status of the Moscow-affiliated church. The push for a full-fledged Ukrainian church was bolstered by fighting in eastern Ukraine between government forces and Russia-backed rebels. The conflict in the country's industrial heartland erupted after Russia's annexation in 2014 of Ukraine's Crimean Peninsula and has killed more than 14,000 people since then.

The Russian Orthodox Church has denounced the move by the Istanbul Patriarch, which forced clergy and believers to choose between belonging to the old Moscow-affiliated church or the new Ukrainian one, as a politically-driven encroachment on religious freedoms.

The Ukrainian Orthodox Church of the Moscow Patriarchate declared it would stay out of events attended by Bartholomew I, and dozens of its followers rallied in Kyiv to protest his visit.