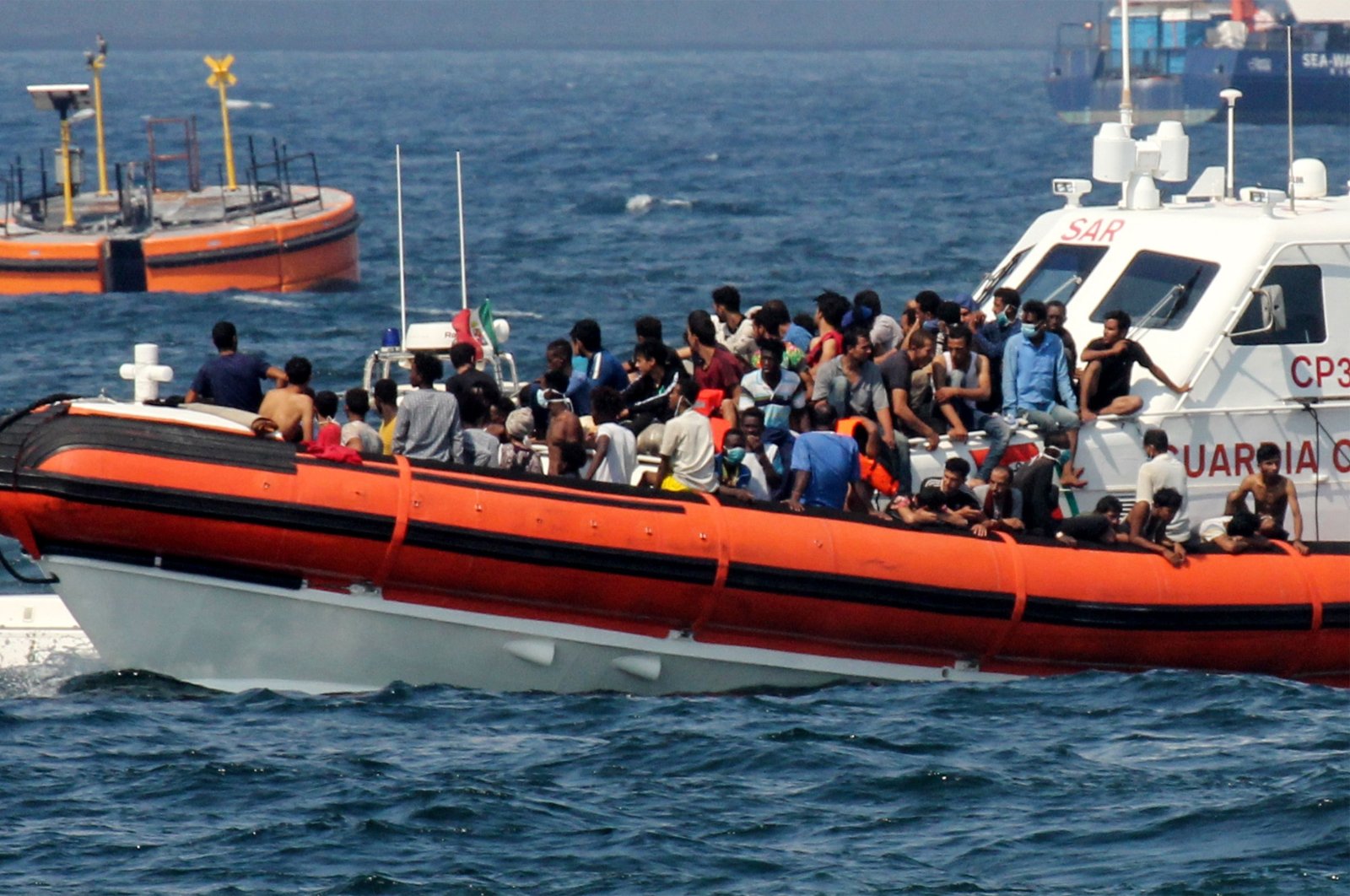 A patrol boat of the Italian Coast Guards (Guardia Costiera) transports migrants towards the port of Palermo, Sicily after they rescued them at sea after a group of 76 migrants threw themselves into the water from the rescue vessel of Spanish non-governmental organization Open Arms, off Palermo, Sicily, Italy, Sept. 17, 2020. (AFP Photo)
by ASSOCIATED PRESS Sep 24, 2020 5:55 pm

Italy on Thursday allowed a rescue ship with 125 migrants aboard to dock in Sardinia to escape rough seas and said the migrants could eventually disembark in the nation before being sent to other European countries.

Interior Minister Luciana Lamorgese told a Parliament committee that Italy had already found European countries that had agreed to take in 100 of the migrants, with Italy taking 25. She said if the bad weather and rough seas persisted for several days, the migrants could do their 14-day coronavirus quarantine on an Italian ship and then be immediately sent to other European countries.

The Alan Kurdi ship of the German aid group Sea-Eye had said Wednesday it was heading to port in Marseille, France, with migrants rescued in the central Mediterranean after Italy refused to assign it a port.

Lamorgese concurred that Italy didn’t have a port with the necessary quarantine space available when the Alan Kurdi first requested a port Sept. 19. She said, however, Italy agreed to give the Alan Kurdi safe harbor from storms early Thursday "because the respect for human life is for us, as for everyone, the primary thing.”

The Sea-Eye has said the situation aboard the ship is stable after crews rescued at least three different groups of migrants since last weekend. At least 50 are minors, some of them unaccompanied, Sea-Eye says.