Italy braces for nationwide protests due to COVID-19 health pass 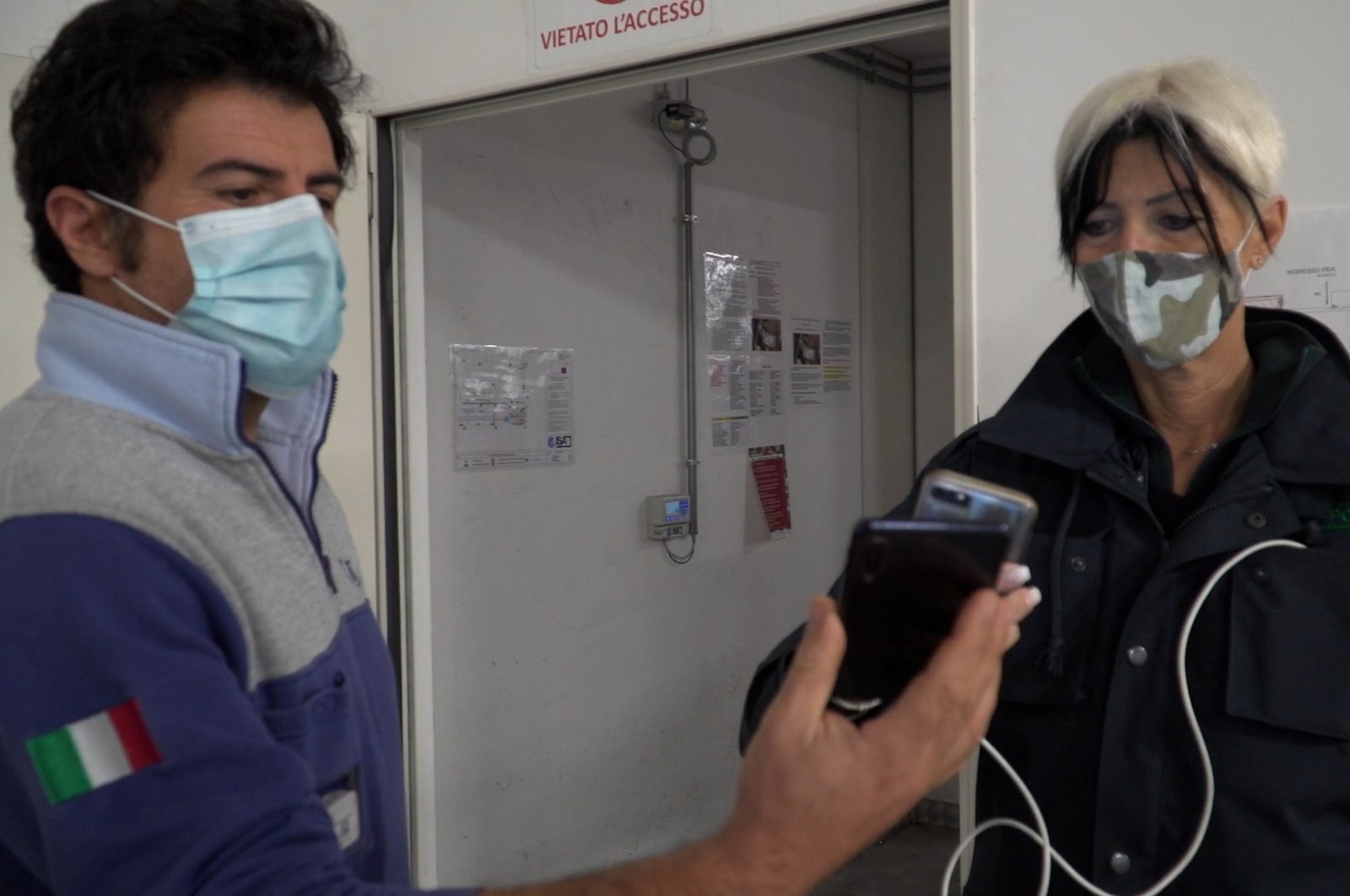 A worker has their Green Pass checked by security as they arrive for their shift at the ISA factory, which has already implemented a health pass obligation for employees ahead of the mandatory requirement in the workplace across Italy from Oct. 15, in this screengrab taken from video, in Bastia Umbria, Italy, Oct. 14, 2021. (Reuters Photo)
by Agencies Oct 15, 2021 8:51 am
RECOMMENDED

All workers must show a so-called Green Pass, offering proof of vaccination, recent recovery from COVID-19 or a negative test – or face being declared absent without pay.

More than 86% of Italians over the age of 12 have received at least one jab, thus automatically qualifying for the certification.

But up to 3 million workers are estimated to be unvaccinated – and most will only be able to work if they pay for their own tests either every 48 or 72 hours, depending on the type.

They include large numbers in the freight industry – and with many angry at the new rules and refusing to comply, there are fears of widespread economic disruption.

Ivano Russo, director general of Confetra, a trade group, told Agence France-Presse (AFP) that out of a total of 900,000 truck drivers, couriers and warehouse staff employed by members of his lobby, "25-30%" do not have COVID-19 certificates.

Dock workers in Trieste, a major hub in the northeast, have threatened to go on strike indefinitely, despite being offered free COVID-19 tests. The same privilege has been extended to some stevedores in Genoa, in the northwest.

"The real problem with the Green Pass for the port of Genoa, in general for all ports, will be road haulage," Roberto Gulli of the Uil trade union told La Republica newspaper. "There could be chaos on Friday."

Nevertheless, more than 560,000 Green Passes were downloaded on Wednesday, according to government data, suggesting that the advent of the new rules was boosting vaccinations.

Prime Minister Mario Draghi's government has defended the Green Pass as a way of avoiding further lockdowns in Italy, where the economy is expected to record almost 6% growth this year after a devastating COVID-induced recession.

Ministers looked unlikely to concede to calls for free COVID-19 tests for all, but the ANSA news agency reported that they were considering larger tax breaks for firms that pay for them.

Anti-pass protests were also expected across Italy on Friday, but the government hopes to avoid a repeat of last weekend's demonstrations in Rome that degenerated into violent clashes inflamed by far-right militants. Trade unions on Saturday are also planning an anti-fascist rally.

Authorities argue that cinemas, theaters and concert halls will be allowed to operate at 100% capacity again if visitors have a green pass.

"For companies and employees, the Green Pass increases safety in the workplace and guarantees production," Maurizio Stirpe, Vice President of the employers' organization Confindustria, told the Deutsche Presse-Agentur (dpa).

The green pass is already in use in several other sectors like schools and the healthcare system.