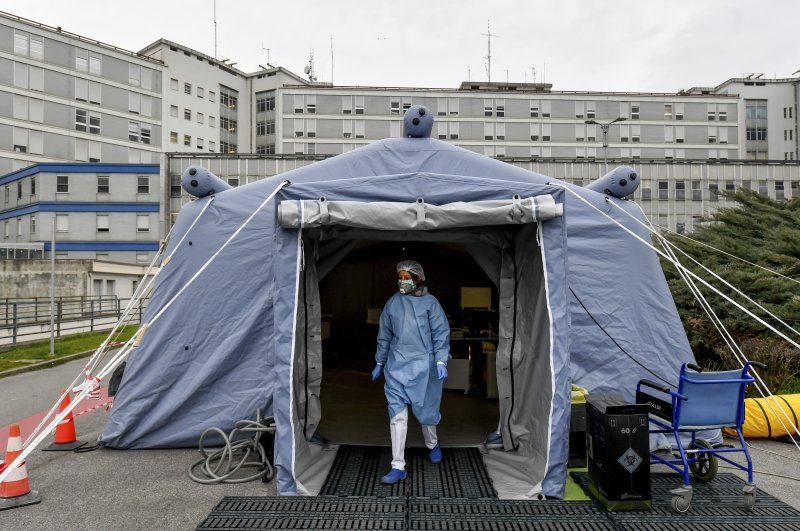 Italian authorities say the country now has more than 1,000 coronavirus cases and 29 people infected with the virus have died.

The head of Italy’s civil protection agency said during a news conference that the total number reached 1,128 on Saturday. Officials also reported eight more deaths in the previous 24 hours. of people with the virus, bring Italy's total to 29.

Civil protection chief Angelo Borrelli said 52% of the people who tested positive for the virus in Italy are being isolated in their homes and not hospitalized.

They said it would take at least two weeks — the period of incubation — for the effect of the containment measures to show up in fewer new cases.

Under quarantine orders the government imposed on 11 towns a week ago, only supermarkets and pharmacies have been allowed to open in the so-called “red zone.” But to the relief of Italians who use post offices for banking or to collect pension checks, local branches were cleared to re-open Monday, Italy's civil protection chief said.

Government officials sought to allay the public's fear and the hit Italy's tourism industry has taken since clusters of virus infections appeared in the Lombardy and Veneto regions a week ago. The civil protection chief said that more than 400 people who tested positive are mildly ill or not sick at all while isolated at home.

“The aim is to return to normalcy,'' Veneto Gov. Luca Zaia told Italian state TV, in an interview, noting that 79 of the 133 people in his region with the virus “have no symptoms and are in perfect health.”