Italy coronavirus deaths rise by 683 in a day, lifting total death toll to 7,503 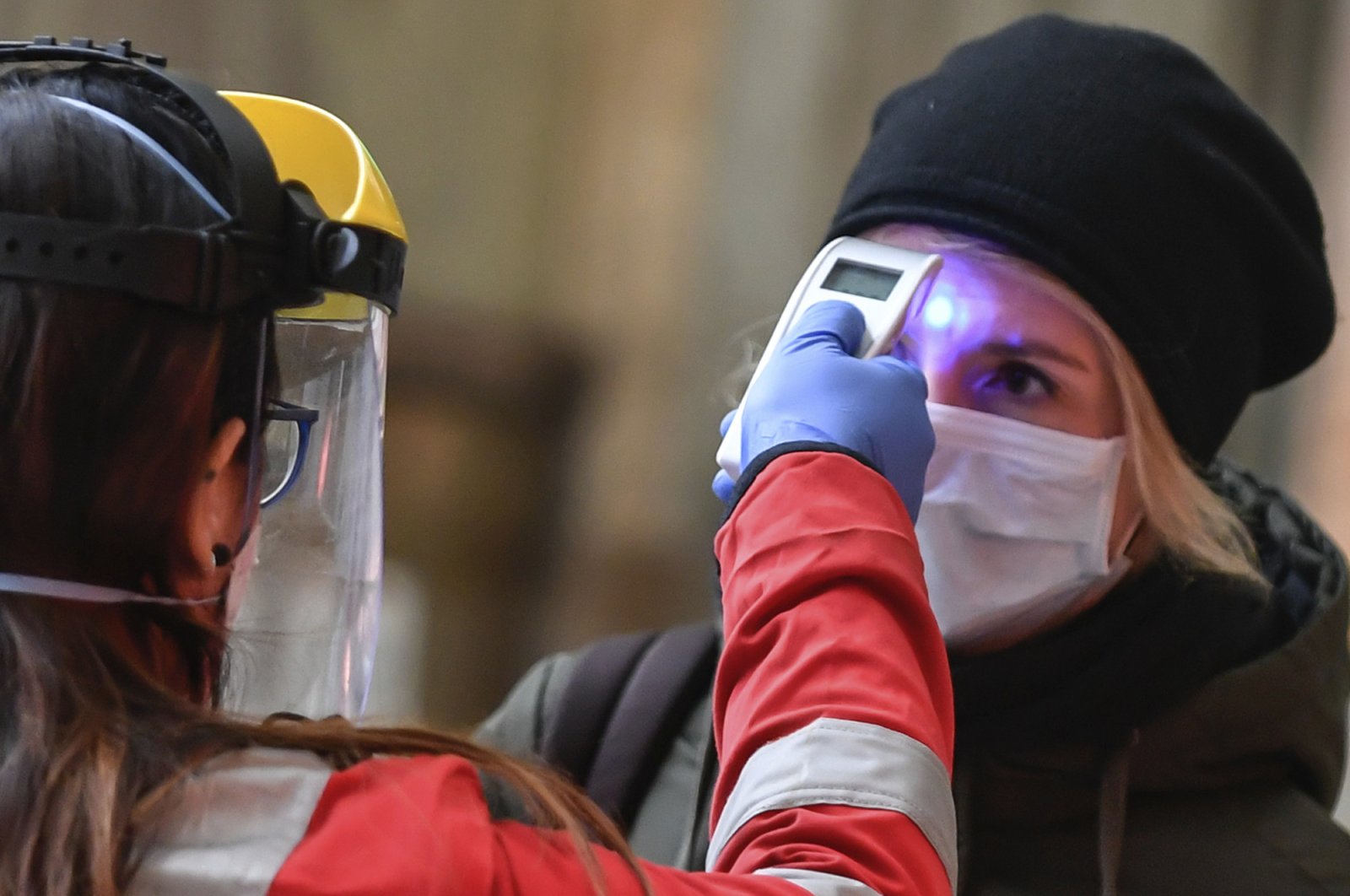 A Red Cross employee checks the temperature of a traveller at the access gate for departures in deserted central station in Milan, Italy, Wednesday, March 25, 2020. (AP Photo)
by REUTERS
Mar 25, 2020 8:21 pm

The death toll from an outbreak of coronavirus in Italy has grown by 683 to 7,503, the Civil Protection Agency said on Wednesday, a decline in the daily tally of fatalities following a spike the day before.

On Tuesday 743 people died. That followed 602 deaths on Monday, 650 on Sunday and a record of 793 on Saturday -- the highest daily figure since the contagion came to light on Feb. 21.

The total number of confirmed cases in Italy rose to 74,386 from a previous 69,176, the Civil Protection Agency said.

The head of the agency, Angelo Borrelli, was not present at the customary news conference to illustrate the data because he came down with a fever on Wednesday and was himself being tested for coronavirus.

Of those originally infected nationwide, 9,362 had fully recovered on Wednesday compared to 8,326 the day before. There were 3,489 people in intensive care against a previous 3,396.

The hardest-hit northern region of Lombardy reported a sharp fall in the number of deaths compared with the day before, but remained in a critical situation, with a total of 4,474 deaths and 32,346 cases.