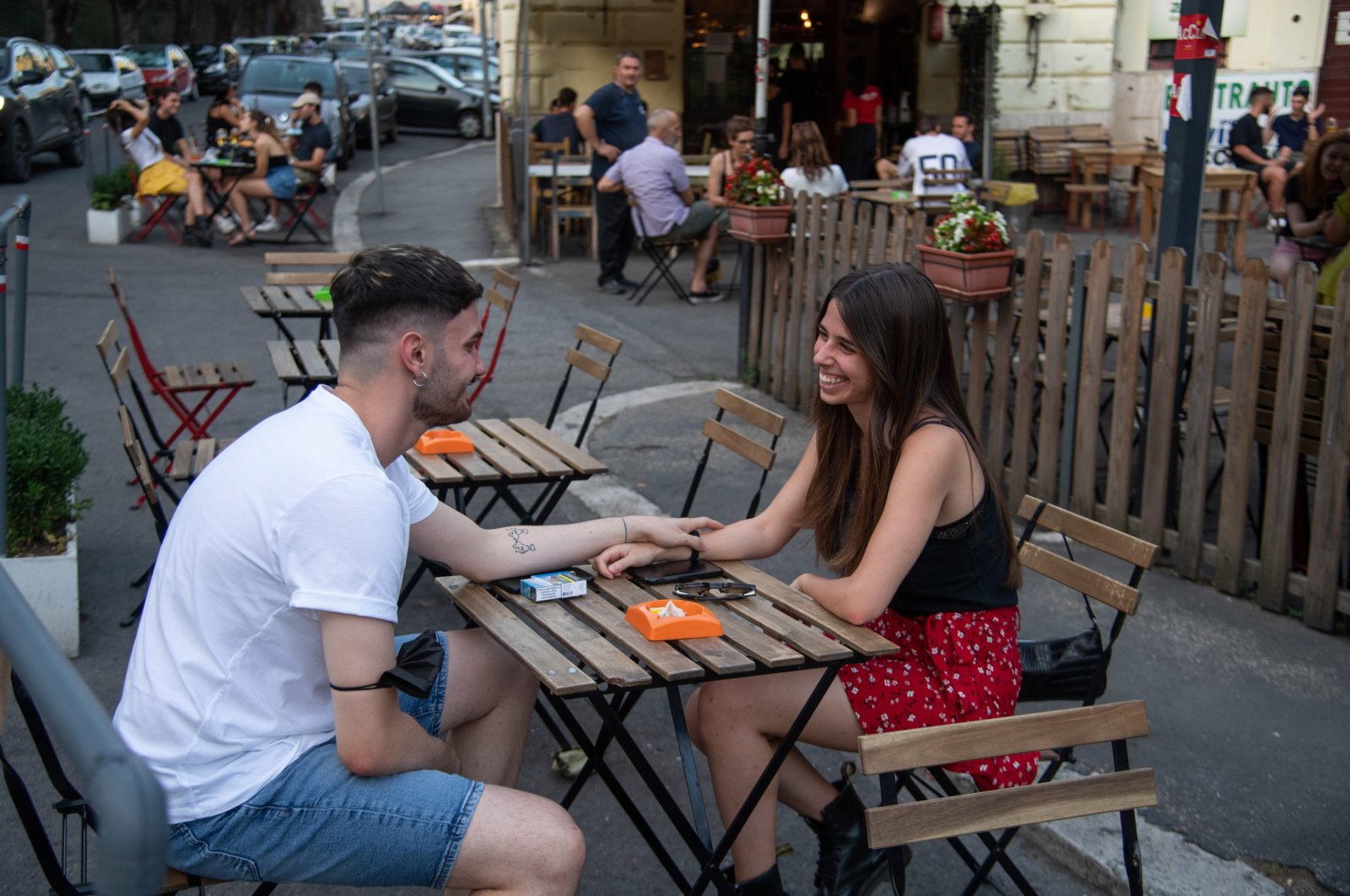 Italian citizens were finally able to go outside without masks Monday after the whole country became a "low-risk" zone for COVID-19, a milestone for the first European country to be hit by the global pandemic in February 2020.

In a decree that took effect Monday, the Italian Health Ministry for the first time classified each of Italy's 20 regions as "white," the lowest of four categories under a color-coded classification system that evaluates COVID-19 risk.

It means face masks are no longer compulsory in outdoor areas – welcome news in a country where an ongoing heatwave is expected to push temperatures past 40 degrees Celsius (104 degrees Fahrenheit) in some southern areas this week.

"It's a kind of relief as it's very hot," local Salvatore Casuccio told Agence France-Presse (AFP) in central Rome.

However, many people out and about Monday morning were still wearing their masks, whether through habit or continued concern.

Giulia, another Rome resident, was still wearing hers, as was her mother. "We are still concerned about this situation. It's not over yet," she said.

Being one of the world's hardest hit countries, Italy was once a symbol of the coronavirus crisis in the West – with images of army trucks transporting coffins from the overflowing morgue in the northern city of Bergamo seen around the world – Italy has seen infections and deaths plummet in recent weeks.

One-third of Italy's population over the age of 12 had been fully vaccinated as of Monday morning, or 17.8 million people, according to the government.

Long prohibited from entering the country, tourists from the European Union, the United States, Canada and Japan are returning after the government removed a quarantine requirement for vaccinated visitors, or those who test negative.

Despite the progress, Health Minister Roberto Speranza urged Italians to be vigilant as the delta variant, which is causing havoc in many countries, spreads across Italy.

"Caution and prudence is still needed, especially because of the new variants," Speranza wrote, after signing the ordinance Saturday.

"The battle is not yet won," he urged.

After months of stop-start restrictions, including full national lockdowns over Christmas and Easter, coronavirus measures have been gradually eased since late April.

The lone hold-out in being classified "white" on Monday was the Aosta Valley, the small alpine region in the northwest.

In Italy, more than 127,000 people have died of COVID-19-related complications, while more than 4 million people have been infected.

Meanwhile, the Italian government decided Monday to extend until the end of October a freeze on layoffs in the fashion, clothing and footwear industries that have suffered during the pandemic, officials said.

For manufacturing and construction, the freeze on dismissals will end June 30, as scheduled.

The layoff freezes, which began with the COVID-19 outbreak in Italy in February 2020, helped save 440,000 jobs last year, according to the Bank of Italy.

But while independent experts from the parliament's budget office expect around 70,000 job losses after the freeze ends, unions fear there will be at least 500,000.