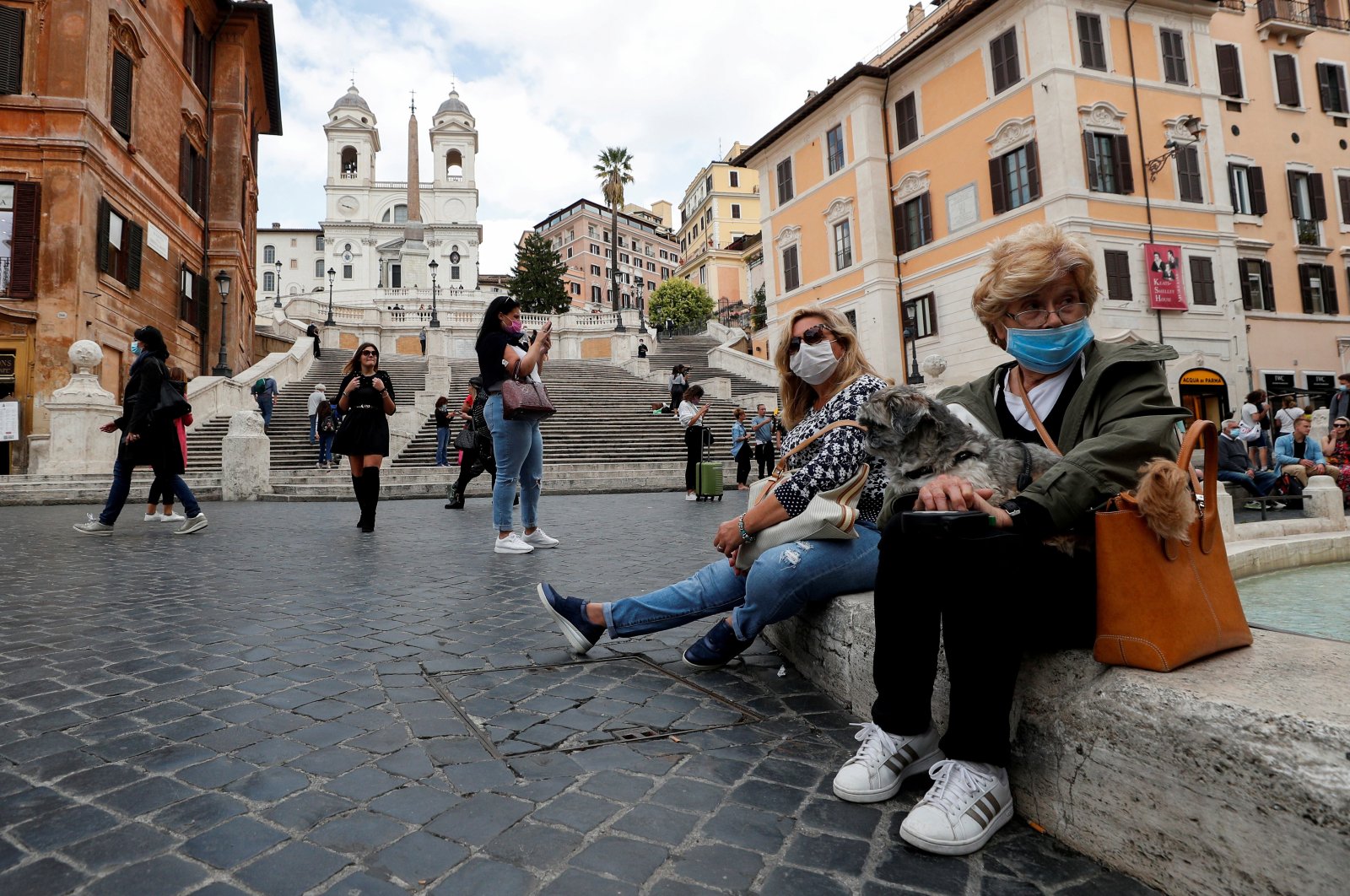 Women wearing face masks sit next to the Spanish Steps, as local authorities in the Italian capital Rome order face coverings to be worn at all times out of doors in an effort to counter rising coronavirus disease (COVID-19) infections, in Rome, Italy, Oct. 2, 2020. (Reuters Photo)
by REUTERS Oct 16, 2020 6:39 pm
RECOMMENDED

Italy has registered 10,010 new coronavirus infections over the past 24 hours, the Health Ministry said Friday, the highest daily tally since the start of the country's outbreak and up from the previous record of 8,804 posted Thursday.

The ministry also reported 55 COVID-related deaths, down from 83 the day before and far fewer than at the height of the pandemic in Italy in March and April when a daily peak of more than 900 fatalities was reached.

The number of coronavirus sufferers in intensive care continued to rise, reaching 638 Friday from 586 on Thursday and compared with a low of around 40 in the second half of July.

Italy was the first country in Europe to be slammed by COVID-19 and has the second-highest death toll in the continent after Britain, with 36,427 fatalities since the outbreak flared in February, according to official figures.

The Italian government Tuesday imposed new restrictions on gatherings, restaurants, sports and school activities in an attempt to slow the surge of infections.

However, some experts said the measures were too limited and some local leaders have since announced more aggressive action for their regions.

On Thursday, Campania, which is centered on the southern city of Naples, ordered all its schools to close for two weeks, while the regional leader Vincenzo De Luca said Friday he would impose a curfew on the night of Oct. 31 to prevent the virus from spreading at "stupid" Halloween parties.

The head of Lombardy in the north, the hardest-hit region in Italy, said Friday he would revise opening hours for bars and restaurants and would close gaming centers and bingo halls. He also called on universities to return to distance learning.

Prime Minister Giuseppe Conte has ruled out re-introducing a national lockdown, but government ministers might meet at the weekend to discuss tightening current curbs, a political source said.